Once upon a time, Adventures in Young Adult Publishing used to post a weekly roundup of all the best writing related links around the web. These were huge resources that collated an amazing amount of information all in one place ... but then they got too big, and too difficult to keep up with, and we stopped producing them. 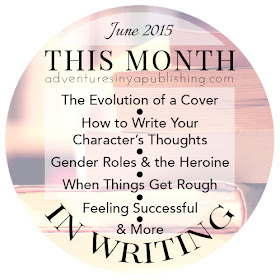 Starting from today, we're reinstating those roundups. They'll come to you on the first Sunday of every month, and we're taking the effort to make them a little more user-friendly. They won't be huge long lists anymore, but rather a smaller list of links that we found particularly helpful or insightful - we're going for quality over quantity. In addition each link will be accompanied by a short description of why, exactly, we think it's so great.

We hope you'll like this new, more streamlined approach! Take some time to browse the links below, and don't hesitate to pop back to this post over the coming months to add your own suggestions for the next roundup in the comments.

As someone who aspires to a writing career, reading Dan Santat's acceptance speech for the Caldecott Medal was both incredibly moving, and incredibly humbling. Santat speaks of choosing his passion above lucrative job offers, and of never feeling good enough, despite his amazing career. 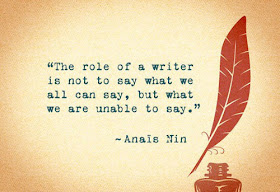 I loved this post by Sarah Aronson on the art of feeling successful. Writing is, for the most part, about creating in a vacuum - it can be difficult to celebrate your successes until you hit the big milestones. But celebrating success is so very important, and Sarah writes about it beautifully.

Writer's block is a tricky thing, and one that plagues many writers. It can be brought on by a number of things - fear, or lack of direction being common causes - and it can be difficult to dispel. Which is why this post by 2016 debut author (and current First Five Pages Workshop mentor) Ava Jae is so refreshing. It's a reminder that everyone can get stuck sometimes, and has some suggestions on how to beat a writing block without writing. 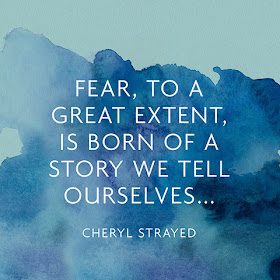 Writers Helping Writers is currently posting a series on emotional wounds, and how they can affect characters. This entry on a role model who disappoints gives examples of the way a character might react when a role model's image gets tarnished.

With readers increasingly calling for 'strong' heroines, it can be confusing to ascertain who, exactly, a strong heroine might be, and how she might fit into the society around her - particularly for novels with a historical aspect. Biljana  Likic has written a great article about gender roles and the heroine over at Pub(lishing) Crawl, to help writers figure it out.

Show, don't tell has to be the most well-known rule of writing. Despite this, many writers struggle to create a balance between showing their descriptions and not bogging their story down. If this is you, take a look at She's Novel's post on how to balance the show, don't tell rule.

Ashley Herring Blake talks about diversity and an outsider's propensity to commit faux pas when writing in listening, part II. Specifically pulling examples from representations of skin colour in her upcoming novel, she notes that just because a descriptor is convenient doesn't mean it's right. 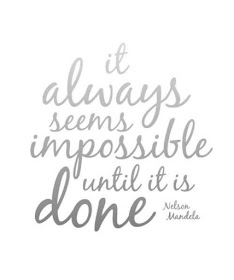 Every aspiring author faces a universal hurdle: how do you know when you’re ready to publish? Thankfully, Mythic Scribes has put together a yes/no checklist to help you make the decision. Are you ready to proceed to the next stage?

Have you ever wondered what goes into the creation of a book cover? Wonder no more! Author Jackie Lea Sommers has written about the evolution of a book cover, including notes on her original visions of what her book might look like.

The team at The Writer Diaries has written a great post on the tough side of publishing journey: notably on what happens when things get rough, including some great advice on how to cope with the waiting game, and reminders that none of us are in this alone.