I’m finding myself in one of those moods where, some days, I have to drag myself to social media. I know the answer to this—focus on the writing, and read and post about writing craft. I always find that invigorating, but it’s hard to stay away from the rest of the Internet.

Two things yesterday disturbed me. One, the backlash against Facebook’s insistence on using real names, and two Supreme Court’s decision on what constitutes a threat. To me, both these issues are related.

I’m doing a keynote for a the Literacy Council of Virginia later this month, which has given me a chance to reflect on what learning English and having the freedom to use it to express myself has really meant to me.

For those of you who don’t know, I’m from Prague which is in the Czech Republic. Prior to the collapse of the Soviet Union, it was communist, dominated and controlled by Moscow. Citizens were expected to be part of the Communist Party and follow a particular ideology. Choosing not to follow the party line basically meant you didn’t get to work in any meaningful capacity. My father is a physicist, and my mother is a mathematician, and so, since they didn’t believe in Communism, they made the decision to defect.

We left the country with nothing—literally without the money to reach Denmark where we were headed. But that didn’t matter. Leaving was hopeful. It allowed for the possibility of hope, the chance to work for something better. Most of all, it was an environment where anyone could say what they thought without having to fear that would result in arrest or the destruction of a career.

Of course, the fact that we could, didn’t mean we would. There was a politeness when we first came—until a few years ago, with the advent of rap lyrics and social media—that meant no one would *really* say the most awful things that crossed their minds.

That’s changed. In social media, it seems to be okay to say whatever you think, no matter how hurtful, or awful, or thoughtlessly worded.

Conversely, where it still seems to be less “okay” to say what we think is in books. There are some tough scenes in Persuasion, and I truly agonized over including them. Not because I worried about being challenged, but because I wanted to balance the fact that this is what my characters truly thought and experienced against the emotions of the reader as they live through the book with those characters.

I cringe at the list of books that are challenged whenever I see a new edition, and I’m shocked listening to authors I know talking about their experiences after having written tough material. Some of the word-choices and personally-directed vitriol used to decry the words and ideas written by American authors and published in the United States make me scratch my head. I read every book I could get my hands on when I was a teenager. The more I read, the more I was able to put down the books I didn’t want to read, and both as a parent and as a teen, I realize that the thing that someone told me not to read was the first thing I picked up.

If you’ve ever read some of the words and descriptions used by people challenging books we ALL know and love, you’d be shocked. Or maybe not. The ability to use those words, the ability to attack those books, the ability to deny those ideas is the cornerstone of free speech, but has it gone too far?

What do you think?

I’m asking. Seriously. Where do we draw the line? Where does our freedom to say and think what we like intersect with our responsibility to be a community?

What do you think? And how do we foster a society that’s both free and civil? Or is that too much to ask?

Believe it or not, Persuasion isn't that far away. People are starting to download it on Edelweiss, and copies are going out to reviewers, so I'm starting my series of giveaways again because people really seemed to love them last year.

This month, there are three places to win:

Fiktshun
Two Chicks on Books
Tales of a Ravenous Reader

Each of those giveaways is unique, so be sure to enter all three for a chance to win this prize: 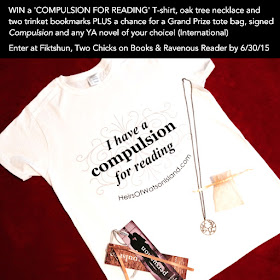 Every entry into each of those three giveaways gives you an automatic entry for the Grand Prize: 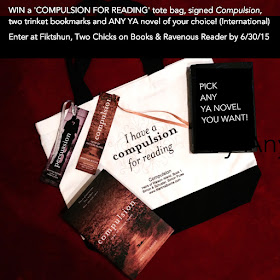 Want an extra chance to win? Complete the Rafflecopter below!