We're thrilled to welcome to the blog today multipublished author Lyn Miller-Lachmann. Lyn has just released Surviving Santiago, the companion to her acclaimed Gringolandia, and is here to share with us what inspired this fascinating story set in Chile during the final days of the Pinochet dictatorship. Be sure to check out her giveaway of Surviving Santiago below her interview!

After publishing her critically-acclaimed YA novel Gringolandia, author Lyn Miller-Lachmann gave the book to her husband’s aunt. Gringolandia is about a Pinochet-era Chilean teen exile in the U.S. coping with his father, a torture survivor, coming to live with his family. Aunt Ruth was a young child when her own family fled a fascist regime (Nazi Germany), and her older sister remembered their old life better and never hesitated to remind her of their difference. She greatly sympathized with Tina, the little sister in Gringolandia, whose childhood was also marred by dark memories and a difficult transition. So Lyn Miller-Lachmann wrote Surviving Santiago, a stand-alone story from Tina’s point-of-view, and dedicated it to Aunt Ruth.

Surviving Santiago is lush with descriptions of Santiago, Chile, and the surrounding area. Did all the description come from your memories of being there in 1989? Are there any landmarks you made up or changed?

Most of my descriptions come from my memories of being in Santiago and the surrounding area and from the many rolls of photos that I took when I was there. I also saw a number of Chilean films set in the city during that time and in the decade afterward (some examples are Gringuito and this very weird indie film called Malta con huevo) and did a lot of research on the internet. Many of the landmarks are real places, such as the Cerro San Cristóbal and Cerro Santa Lucía in the middle of the city, the Plaza de Armas, and the Alto Las Condes mall, which opened shortly before Tina arrived in Chile. But even though I know their names, I was vague about the specific neighborhoods where my principal characters live. As Tía Ileana pointed out, there’s been a huge amount of new development in Santiago since the return of democracy, so everything has changed, probably several times in the past 25 years.

Some of my descriptions of nature were inspired by the work of Nico Willson E., a wonderful architect and photographer (and gay rights activist) who I follow on Instagram. You can check out his feed at @nicowillsone.

Tina’s papá’s struggle with alcoholism feels heartbreakingly real. Tell us how he got to that point.

The alcoholic parent has become a trope of young adult literature. Either the parent has checked out, which is a way of getting rid of parents without actually killing them off, or the parent is abusive and that abuse is the novel’s “problem.” I wanted to portray Tina’s papá as a complex person who has his own desires and reasons for acting the way he does. Yes, he’s a deeply flawed person but also one capable of heroic acts and, like Tina, able to change and grow.

Tina’s fond memories of her father are of him before he was arrested, imprisoned, tortured, and crippled, events which led to his developing post-traumatic stress disorder and self-medicating with alcohol. By the time she sees him again in Chile, he’s struggling to keep it together during the day at work while drinking himself to sleep at night. Following the restoration of democracy, he has reached a crisis point because, in many ways, his life’s work is done and all he’s left with is his pain. When I was in Chile, I saw that among my friends who had spent more than a decade fighting the dictatorship, and once the elections were over and they were seen as having “won,” it was hard to find a new role.

Papá is casting about for a new role, in his case reconnecting with his family. But his experience of imprisonment and torture, his years underground, and his dependence on alcohol make it difficult for him to fit into this role as a father and brother. He’s at the point of giving up, and those around him know it. What keeps him from giving up is being in the middle of another battle—in his friend Ernesto’s words, “doing something really dangerous” that almost costs him his (and Tina’s) life.

As a Chilean lesbian in 1989, Tía Ileana’s situation is particularly difficult. What was your inspiration for writing her character?

When I published with Curbstone Press, I got to know the work of the lesbian Latina author Carla Trujillo, whose debut novel, What Night Brings, portrays a Mexican-American girl coming to terms with her sexual orientation at the same time that she and her younger sister plot the banishment of their abusive father. This novel made me think of the challenges faced by lesbians in the patriarchal cultures of Latin America, where the Catholic Church has played a major role in policing sexuality as well.

In Chile, the Catholic Church is especially strong and has broad support because of the Church’s support for human rights and its solidarity work with the victims of the dictatorship. This was even truer in 1989, when the Church had played a key role in ending the dictatorship. The Church’s conservative social positions on gay rights, birth control, and abortion thus held more sway, even with people like Marcelo who weren’t especially religious. Besides working closely with the Church, Marcelo is also influenced by the culture of machismo. Not only does this affect his relationship with his older sister, it also prevents him from seeking the help he needs to heal from his years of imprisonment and torture.

What would you like readers to take away from the story?

I would like to get readers excited about traveling to other countries and getting to know their people, histories, and cultures. On a school visit for Gringolandia, one student said that his older sister had traveled frequently to Chile for work, and “it’s not like that anymore.” I said that Chile isn’t like the country depicted in Gringolandia (and Surviving Santiago, which was a work in progress at the time) because of the efforts of people like my characters, who struggled and sacrificed much to restore freedom, democracy, and respect for human rights. In the United States, we take our freedom and democracy for granted, but it can be easily lost, and once it’s lost, it’s very difficult to get back. 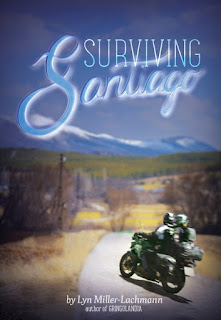 Returning to her homeland of Santiago, Chile, is the last thing that Tina Aguilar wants to do during the summer of her sixteenth birthday. It has taken eight years for her to feel comfort and security in the United States with her mother and her new stepfather. And it has been three years since she has last seen her father. Still damaged from the torture inflicted on him by the secret police during the Pinochet regime, Papá spends all his time with politics and alcohol rather than reconnecting with her. Fortunately, a handsome motorcycle-riding boy has taken an interest in Tina—though his presence turns out to be far from incidental or innocent. Tina’s heart is already in turmoil, but a threat to her family brings her to the edge of truth and discovery.

This companion to the acclaimed Gringolandia is a tale of deadly deception and the redemptive power of love set in the tense final months of the Pinochet dictatorship in 1989. Lyn Miller-Lachmann vividly describes Santiago, with its smog and palm trees, graffiti-covered shanties and modern apartment buildings and malls, inviting readers into a distinct, complex world not often seen in YA fiction in North America. But at its heart, SURVIVING SANTIAGO explores the familiar themes of family, young romance, and a perpetual outsider struggling to figure out where she belongs. 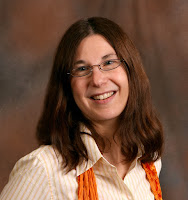 Lyn Miller-Lachmann is the author of Gringolndia (a 2010 ALA Best Book for Young Adults) and Rogue. She has an M.F.A. in Writing for Children and Young Adults from Vermont College of Fine Arts and an M.S. in Library and Information Science from the University of Wisconsin. She is the former editor of MultiCultural Review, and has taught English, social studies, and Jewish studies. She is the assistant host of Vientos del Pueblo, a bilingual radio show featuring Latin American and Spanish music, poetry, and history. She grew up in Houston and currently lives in Albany, NY, with her family.