Gina Ciocca, author of LAST YEAR'S MISTAKE, on learning about herself through her characters

We're delighted to have Gina Ciocca join us to share more about her debut novel LAST YEAR'S MISTAKE. Gina, what scene of LAST YEAR'S MISTAKE was really hard for you to write and why, and is that the one of which you are most proud? Or is there another scene you particularly love?

There was one scene that made me cry when I wrote it, and that’s the one where Kelsey sees David’s father for the first time in over a year, after treatments for cancer have taken a toll on his appearance. My own father went through chemotherapy for cancer when I was in seventh grade, and I’ll never forget what it did to him. He was athletic and handsome with a head full of black hair. And then he was completely bald, and so weak that he could barely get out of bed. It was one of the few times in my childhood when I saw him cry. And I’m actually tearing up now just writing about it. Putting myself in Kelsey’s head when she reacted to the change in Jimmy was difficult, to say the least, but I’m definitely proud of that scene. My favorites are always the kissing and almost-kissing scenes, though.

How long did you work on LAST YEAR'S MISTAKE?

It took me a year to write, which is the longest I’ve ever spent drafting a novel. Because it alternates between the past and the present, I had to figure out how the events in the past affected the present, and what those events should be, and how they’d come into play later on. It was pretty painstaking.

I never expected to learn about myself through characters who don’t really exist, but I did. And what I learned is that I need to lighten up! Kelsey’s reactions to certain things made me think about how I might’ve reacted in those situations, and I was kind of shocked to realize how tightly wound I am. I’m working on being better at letting things go.

My writing ritual is to run up to my office the minute my son goes down for his nap, and pray that he sleeps for at least two hours. It’s hard to be creative on command, but somehow, I’ve yet to miss a deadline (I should definitely knock on wood when I say that).

What do you hope readers will take away from LAST YEAR'S MISTAKE?

Don’t be afraid to love with your whole heart, and that includes yourself. And it’s okay if you need to try out a few versions of yourself before finding the one that fits.

Right now I’m working on my 2016 book, which is also a Simon Pulse title. I’m also revising another project that will hopefully be going out on sub soon. Hopefully I’ll be able to share more details about both very soon!

Is there anything that electric chemistry can’t overcome? The past may be gone, but love has a way of holding on in this romantic debut novel told in alternating Before and After chapters.

The summer before freshman year, Kelsey and David became inseparable best friends—until the night a misunderstanding turned Kelsey into the school joke and everything around her crumbled, including her friendship with David. So when Kelsey’s parents decide to move away, she can’t wait to start over and leave the past behind. But David’s not quite ready to be left.

Now it’s senior year and Kelsey has a new group of friends, genuine popularity, and a hot boyfriend. Her life is perfect. That is, until David’s family moves to town. Old feelings bubble to the surface and threaten to destroy Kelsey’s second chance at happiness. The more time she spends with David, the more she realizes she never let him go. And maybe she never wants to… 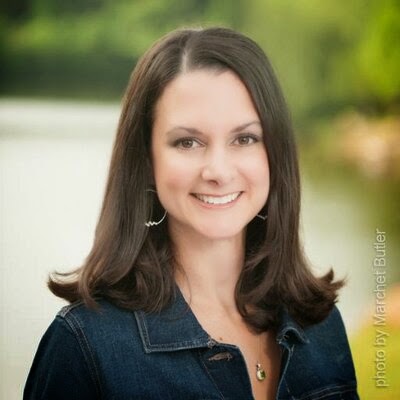 Gina Ciocca graduated from the University of Connecticut with a degree in English. She relocated from Connecticut to Georgia, where she lives with her husband and son. You can find her online at writersblog-gina.blogspot.com, on Facebook at https://www.facebook.com/gmcioccabooks, or on Twitter as @gmc511.


What did you think of our interview with Gina Ciocca, author of LAST YEAR'S MISTAKE? Let us know in the comments!