I'm in Dallas today and getting ready for the YA Spooky Slumber Party tonight at Romantic Times!

I've got my fuzzy slippers all ready. 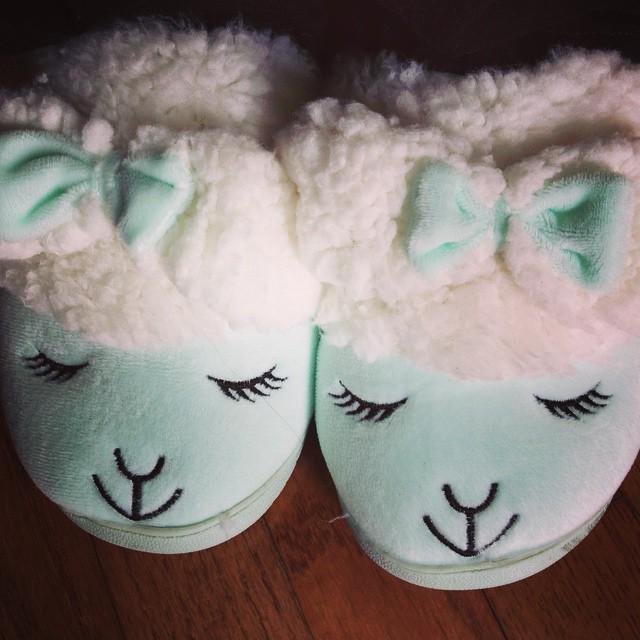 And I've got my I HAVE A COMPULSION FOR READING pajama shirt. (Okay, it doubles as a T-shirt, and I'll be giving some of them away tonight, at my Club RT appearances, and at Teen Day on Saturday, so if you want one, stop by!)

Mainly, I'm looking forward to hanging out with readers and with authors, many of whom I'm going to be fangirling over like crazy. One of those is Kami Garcia, part of the super-dynamic team whose Beautiful Creatures got me started thinking about Southern Gothics for teens and inspired Compulsion.

Last year, Kami and Margaret came out with Dangerous Creatures, a new spin-off series about one of my favorite characters in Beautiful Creatures, Ridley Duchannes. The sequel, Dangerous Deception, comes out next week!

Want a sneak peek? Here are a few of Kami's favorite things:

Instead of doing a traditional tour to kick off the Dangerous Deception, Kami and Margaret are giving back to the reading community, and you can help!

Anytime from May 12 to May 26, post a picture of yourself anywhere online with a favorite book and Kami, Margaret, and the folks at Little Brown Books for Young Readers will take that as your pledge to donate a book to an underfunded school or library. (Please do donate!)

Remember to use the hashtag #BooksArentDangerous. It can be any book that you loved, that mattered to you, or that you recommend.

LBBYR will take each picture as your pledge to donate a book to an underfunded school or library and will match these donations throughout the next two weeks.

Get more details at BooksArentDangerous.com! 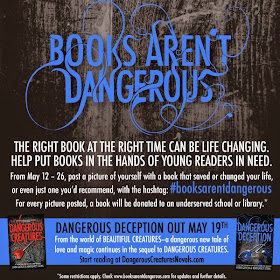 From the world of Beautiful Creatures-a dangerous new tale of love and magic. From the world of Beautiful Creatures--a dangerous new tale of love and magic continues in the sequel to Dangerous Creatures.

Love is ten kinds a crazy, right?
Let me put it to you this way: If you can get away, run. Don't walk.
Because once you're exposed, you'll never get a Siren outta your head.

But now Ridley is missing, and Link was with her-right up until she vanished. Determined to find her, Link reunites with his New York bandmates and the mysterious Lennox Gates, who wants Rid for himself. Together they travel to the deep south, find the crossroads where blues guitarist Robert Johnson made his deal with the devil, discover a menagerie of Casters locked in cages, and uncover an evil in New Orleans that threatens to destroy them all.

Do you love southern books and characters as much as I do? What do you love most?