Creative Stage vs. Analytical Stage by Julie Musil plus a Giveaway of The Notorious Pagan Jones

The fabulous Julie Musil probably doesn't need an introduction, but I'm going to give her one anyway. She's not only a lovely person, but she's made a huge difference to a lot of aspiring authors, including me, with her thoughtful breakdowns of popular books over on her blog, which she does regularly along with some of the most inspirational posts anywhere on the web. Oh, and did I mention she's a writer? : ) Check out her lovely book below!


Has this ever happened to you? You’ve written the story. You’ve edited it. You’ve sent it off to beta readers. You’re prepared to tweak the story using their constructive feedback. You read the suggestions, and...they’re not tweaks. They’re major flaws in the story. You feel like the whole thing is an unredeemable mess.

Can I get an Amen?

If you’ve been there before, or if you’re there now, believe me, I get it. I wrote a story that I absolutely loved, and when I got feedback, I realized I needed to do some serious work before it was ready for other readers. But where to begin? How would I take those helpful comments and put them into practice within the manuscript? The task overwhelmed me.

That’s when my writing buddy, superhero Leslie Rose, gave me this useful advice: exit the creative stage, and enter the analytical stage.

Leslie looooves her spreadsheets *shudder*. Leslie advised me to use one of those dreaded thingies to analyze my story. In desperation, I plugged my nose and created columns and rows. And guess what? It worked. I now have a roadmap for fixing weaknesses in my story.

If you’re willing to plug your nose and create one of those dreaded thingies (aka spreadsheet), here are some columns that can help with the analytical stage:

Keep
After you’ve skimmed through the chapter, you’ll have an idea of what it’s about. What should you keep? Are there beats or moments that are crucial to the story? World-building that’s necessary for set up? If so, you’ll want to keep those. Write necessary moments and/or emotions in this column.

Toss
Are there paragraphs in this section that are unnecessary? Blah-blah-blah exposition that can go? Is there a walk-on character that can be deleted? Is there too much information in this scene, which can be threaded in somewhere else in the manuscript to increase tension? Make a note of it in this column.

Objective
Each scene should have an objective. Why is this scene here? What does the character hope to accomplish by taking this action in this particular area of the story? If there isn’t a clear objective, now you know what needs to be added.

Obstacle
Once you’ve established the objective of each scene and/or chapter, you can then discern what the character’s obstacles will be. Is the antagonist getting in their way? Is it the weather? An empty gas tank? The character’s own fear? Something or someone should get in the character’s way of reaching their goal. If there are no obstacles in this section, add ideas to your spreadsheet. You can even just remind yourself that you “need obstacles.”

Outcome
Will the character reach her goal within this scene? If so, what will be the new objective and obstacle? If the character does not reach her goal, how does she internalize this? If you don’t like the outcome of this scene, mention why. If you have alternate ideas for the outcome, brainstorm them within your spreadsheet. When it comes time to re-write, you can then choose your new direction.

Spreadsheets are a great tool if you need to set aside the creative stage for a bit and focus on the analytical. You’re still creating, because you’re brainstorming solutions for the problems you’ve found, but you’re now looking at the story with a different side of your brain. You’ve set aside the feel-good-cuz-you’re-a-brilliant-writer mode and entered the cold-calculated-slice-and-dice-master mode.

Yes, it’s time-consuming. Yes, it’s difficult to look at your story objectively. But we want our stories to be the best they can be, even if we must create a dreaded spreadsheet thingie.

Can I get another Amen?

How do you tackle major revisions? Are you as spreadsheet-averse as I am? Do you have other ideas for how to analyze your story from the ground up? Columns we could add to the spreadsheet? Please share! 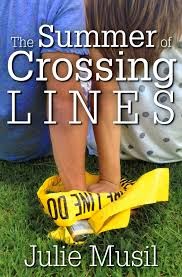 When her protective older brother disappears, sixteen-year-old Melody loses control of her orderly life. Her stuttering flares up, her parents are shrouded in a grief-induced fog, and she clings to the last shreds of her confidence.

The only lead to her brother’s disappearance is a 30-second call from his cell phone to Rex, the leader of a crime ring. Frustrated by a slow investigation with too many obstacles, and desperate to mend her broken family, Melody crosses the line from wallflower to amateur spy. She infiltrates Rex’s group and is partnered with Drew, a handsome pickpocket whose kindness doesn’t fit her perception of a criminal. He doesn’t need to steal her heart—she hands it to him.

With each law Melody breaks, details of her brother’s secret life emerge until she’s on the cusp of finding him. But at what point does truth justify the crime? 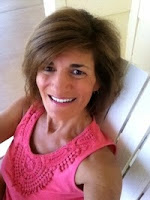 Julie Musil writes from her rural home in Southern California, where she lives with her husband and three sons. She’s an obsessive reader who loves stories that grab the heart and won’t let go. Her YA novels The Summer of Crossing Lines and The Boy Who Loved Fire are available now. For more information, or to stop by and say Hi, please visit Julie on her blog, on Twitter, and on Facebook.

Win 1 of 2 ARCs of The Notorious Pagan Jones 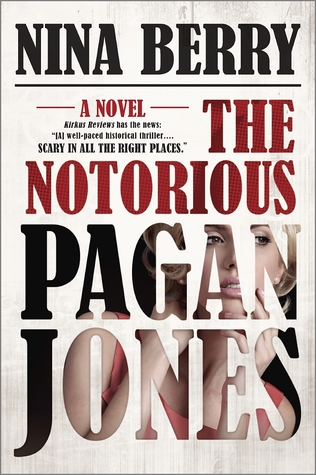 Pagan Jones went from America's sweetheart to fallen angel in one fateful night in 1960: the night a car accident killed her whole family. Pagan was behind the wheel and driving drunk. Nine months later, she's stuck in the Lighthouse Reformatory for Wayward Girls and tortured by her guilt—not to mention the sadistic Miss Edwards, who takes special delight in humiliating the once-great Pagan Jones.

But all of that is about to change. Pagan's old agent shows up with a mysterious studio executive, Devin Black, and an offer. Pagan will be released from juvenile detention if she accepts a juicy role in a comedy directed by award-winning director Bennie Wexler. The shoot starts in West Berlin in just three days. If Pagan's going to do it, she has to decide fast—and she has to agree to a court-appointed "guardian," the handsome yet infuriating Devin, who's too young, too smooth, too sophisticated to be some studio flack.

The offer's too good to be true, Berlin's in turmoil and Devin Black knows way too much about her—there's definitely something fishy going on. But if anyone can take on a divided city, a scheming guardian and the criticism of a world that once adored her, it's the notorious Pagan Jones. What could go wrong?

Tell Me What You Think!

How analytical can you get while writing or reading?