Michaela MacColl, author of THE REVELATION OF LOUISA MAY, on writing mysteries centered around famous authors

We're delighted to have Michaela MacColl join us to share more about THE REVELATION OF LOUISA MAY, the latest novel in her series of literary mysteries. Michaela has also agreed to give away an ARC, so make sure to enter the giveaway below.

Michaela, what is your favorite thing about THE REVELATION OF LOUISA MAY?

My favorite thing about The Revelation of Louisa May (Chronicle 2015) is probably Louisa May Alcott herself. I just liked her so much! When I write these literary mysteries I always start with biography. I learn as much as I can about the writer who will be my main character. I feel a little bit like a sculptor – adding bits and pieces of my understanding of the character until she’s fully formed in my head. When I start to write, the voice comes naturally. But Louisa was special – I understood her from the beginning.  She was bright and contrary even as a toddler (her wacky parents did all sorts of educational experiments on them and documented the results!).  The most practical member of the family, even at 12 her harassed mother (Marmee) confided in her way too much about the disastrous family finances. Louisa’s response was to vow to earn enough money to support the family … with her pen.  And she did. Little Women was published in 1869 and has never gone out of print. Louisa was a millionaire and yes, she supported the whole family.  She had grit and I liked that.

What was your inspiration for writing THE REVELATION OF LOUISA MAY?

I’m doing a series of literary mysteries for Chronicle that are tagged as “tales of Intrigue and Romance.”  The idea is to get readers hooked on the writer – then the kids are bound to go to their amazing works. We began with Emily Dickinson, then the Bronte sisters. Louisa May Alcott was a natural choice for the third installment. How many librarians do you know who weren’t hooked on that book? So many of us grew up yearning that the next time we reread the book somehow Jo would change her mind and end up with Laurie!

As I said, these books are mysteries. So I usually scour biographies looking for a body or a hint of one. I discovered early on that the Alcotts, in keeping with their humanist and transcendental philosophies, were also members of the Underground Railroad and Louisa mentions sheltering a fugitive slave named George in their kitchen. As soon as I began to think about fugitive slaves I thought about secrets. And slave catchers. And blackmail.  From there it was an easy jump to murder!

One of my favorite scenes is not a hugely important one. Louisa is visiting with her good friend, Ralph Waldo Emerson.  He’s an adult who is a good friend to her family (Emerson encouraged the Alcotts to move to Concord and helped them out financially more than once) and he has always encouraged her love of reading.  The room that Louisa loves best in the world is his library.  Emerson guarded his time and his workspace, but Louisa was always welcome there. In that scene there’s a quick memory that flashes through Louisa’s mind of when Emerson’s beloved son dies of scarlet fever. Louisa had been sent with a note to the Emerson house. The distraught father meets her at the door and tells her his boy is dead. They sit on the steps for a long time crying together. With that kind of foundation for a friendship, it’s not surprising to the reader that when murder and scandal come close to touching the Emersons, Louisa is there to defend them.

I have a lovely office where I hardly ever work. I like curling up on the couch or in a chair in front of the fireplace. When I’m under a time crunch I go to the closest Paneras – mainly because the coffee is OK and I don’t like the food!  I spend a lot of time in libraries doing research. My town’s library is ridiculously busy  -- a true center of the community – but not very quiet. The local university library on the other hand is a ghost town until finals. So I go there and make the day of the research librarian.

I’m doing the final copy edits on the next literary mystery. This one is about Jane Austen and is still untitled.  What’s fun for me (besides writing and reading Jane Austen!) is that all the other characters I’ve written about also read Jane Austen. Emily Dickinson was delighted to see that a woman could be a serious writer. Charlotte Bronte felt that Austen books were passionless and too genteel.  And Louisa May Alcott of course was just delighted to know that it was possible to earn a living with her pen! Louisa May Alcott can't believe it—her mother is leaving for the summer to earn money for the family and Louisa is to be in charge of the household. How will she find the time to write her stories, much less have any adventures of her own? But before long, Louisa finds herself juggling her temperamental father, a mysterious murder, a fugitive seeking refuge along the Underground Railroad, and blossoming love. Intertwining fact, fiction, and quotes from Little Women, Michaela MacColl has crafted another spunky heroine whose story will keep readers turning pages until the very end. 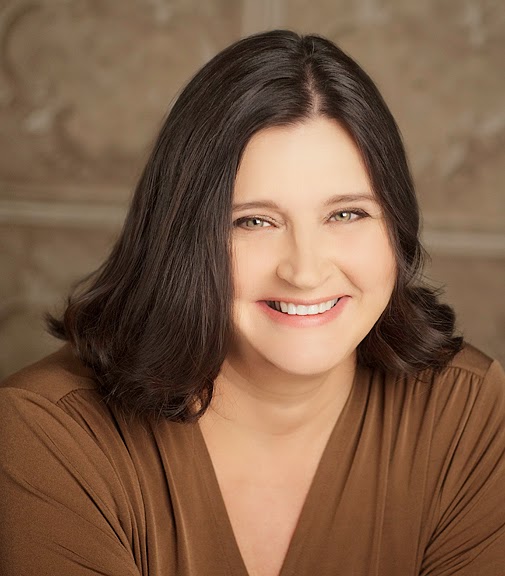 Michaela attended Vassar College and Yale University earning degrees in multi-disciplinary history. Unfortunately, it took her 20 years before she realized she was learning how to write historical fiction. Her favorite stories are the ones she finds about the childhood experiences of famous people. She has written about a teenaged Queen Victoria (Prisoners in the Palace, Chronicle 2010) and Beryl Markham’s childhood (Promise the Night, Chronicle 2011). She is writing a literary mystery series for teens featuring so far a young Emily Dickinson in Nobody’s Secret (2013) and the Bronte sisters in Always Emily (2014). She has recently begun a new series with Boyd’s Mill/Highlights called Hidden Histories about odd events in America’s past. The first entry in the series is Rory’s Promise and will be published in September 2014. She frequently visits high schools and has taught at the Graduate Institute in Bethel, CT. She lives in Westport CT with her husband, two teenaged daughters and three extremely large cats.

What did you think of our interview with Michaela MacColl, author of THE REVELATION OF LOUSIA MAY? Let us know in the comments and don't forget to enter the giveaway!