Meredith Moore, author of I AM HER REVENGE, on being passionate about what you write

What was your inspiration for writing I AM HER REVENGE?

One Valentine’s Day weekend, I had the flu, and I had this vivid dream about a girl explaining to her malicious mother why it was taking her so long to make a boy at boarding school fall in love with her. I woke up and wrote the dream down, and (once I recovered) I started playing off of it.

There are several scenes of Mother’s cruelty, so that the reader can understand why Vivian is the way she is, and those were pretty disturbing to write. The scene I love the most, though, is the first real conversation between Vivian and her target, Ben. They have a disagreement about art and poetry and love, and that, combined with the subtext of attraction, was so much fun to write.

I grew up on 19th century British literature, so there are Victorian elements in most of my writing. The setting of I AM HER REVENGE was inspired by Wuthering Heights by Emily Bronte, and there are shades of the Miss Havisham/Estella relationship from Great Expectations by Charles Dickens, another of my favorite novels.

How long did you work on I AM HER REVENGE?

The first draft only took me a month, which is the fastest I’ve ever written anything. And then I revised it about twenty times over the next year and a half. I’m a big believer in revisions!

This book taught me how important it is to love what you’re writing. I’ve shoved so many half-finished books in my desk drawer because I ran out of interest. With I AM HER REVENGE, though, I was so excited to keep working on it, even when I hit a wall and couldn’t figure out what my next step would be. Write for yourself, and write because you love it.

What do you hope readers will take away from I AM HER REVENGE?

The big theme of I AM HER REVENGE is identity. Mother forces Vivian to take on several different personalities to manipulate everyone around her, but I AM HER REVENGE is the story of Vivian discovering her own identity and the bravery it takes to stay true to it. Don’t be afraid to be yourself.

I wrote two full, revised books that will never see the light of day. But they were such good practice, a way for me to learn about structure and pacing and building strong characters. And I still cannibalize them occasionally, taking out phrases or sentences that I particularly love.

For me, the biggest AHA! moments always seem to happen around the 50,000 word mark in my first draft. I’m a pantser, so I just sit down with the vague whispers of an idea and start writing, and I’m usually building up to the climax around 50,000 words. It’s the point where I have to figure out how the book is going to end, so it’s a crucial decision. Once I pass that mark, I know I can make it to the finish.

I write so much better in a coffee shop—the peer pressure of other people quietly working (and the caffeine!) keep me focused. And Pandora inspires me, too. I’ve got different stations for different types of scenes and moods.

Be passionate about what you write, and keep going.

I’m revising my second book, about a girl, Fiona, who travels to a castle in the Scottish Highlands to work as an au pair for the daughter of her mother’s former best friend. She falls for the older brother of her charge, but when his pregnant ex-girlfriend shows up, strange things start happening around the castle, and Fiona isn’t sure what to believe. She can be anyone you want her to be.
Vivian was raised with one purpose in life: to exact revenge on behalf of her mother. Manipulative and cruel, Mother has deprived Vivian not only of a childhood, but of an original identity. With an endless arsenal of enticing personalities at her disposal, Vivian is a veritable weapon of deception.

And she can destroy anyone.
When it’s time to strike, she enrolls in a boarding school on the English moors, where she will zero in on her target: sweet and innocent Ben, the son of the man who broke Mother’s heart twenty years ago.

Anyone… except for the woman who created her. With every secret she uncovers, Vivian comes one step closer to learning who she really is. But the more she learns about herself, the more dangerous this cat and mouse game becomes. Because Mother will stop at nothing to make sure the truth dies with her. 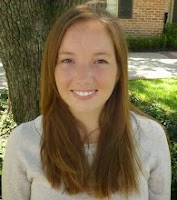 Meredith Moore graduated from Harvard University with a degree in History, focusing on early modern England and France. She lives in Houston, Texas, where she loves pumpkin spice lattes, 19th century British literature, and road trips. I Am Her Revenge is her debut novel.