As writers, many of us got our storytelling start when we were very young. Have you ever thought to yourself...if only I'd known then, what I know now? So here on Adventures in YA Publishing, we like to feature authors sharing a letter of advice to teen writers. Today, author Lynn Carthage details three important secrets she wished she'd known when she started out. And I LOVE her term of "micro-writing sessions." Thank you, Lynn!

Write Every Day:
I would make a point of saying that writing something every day (or very close to it) is terribly important. At previous times in my life I felt that if I didn't have a good three-hour stretch to devote, then there wasn't "enough time" for a writing session, and thus I wouldn't even bother. What I've learned from experience is that even a paragraph jotted on the back on an envelope is worthwhile. A snatch of dialogue I scribble in a tiny notebook that fits in my purse is still considered writing. I don't need to be stationed at my computer and I don't need a moose-sized number of hours.

Those "micro-writing sessions" not only add up, they keep me in touch with my novel in a vital way. It's as if I've sent a quick text to the characters; we're still in contact and they're on my mind. I don't need to send them a long email, to extend the metaphor. A bunch of texts is probably just as valuable as one lengthy email, right? Maybe more so, since it's more frequent interaction.

I've often told my novel-writing students that even a page a day, as small an investment as that is, would mean a book-sized manuscript in a year.

Store that Basket Under the Stairs:
The other thing I'd like to travel back in time to tell myself is that it's okay to set aside a completed writing project that has stalled and start on something fresh. I'm definitely not encouraging anyone to set a book aside until it's finished, though. Write until the end, then revise and try to get it published by querying agents (www.agentquery.com is a great source for finding agents because it sorts them by the genre they like to read: young adult, historical, mystery, etc.).

If that latter cycle of querying agents becomes a little too much repetitive, then yes, by all means, set the manuscript aside for a bit and start something brand new. Recharge the batteries and finish that manuscript.

Then while you send it out and await word from agents or editors, turn your attention back to revising the original book. Chances are, with the experience gained from Book Two, you will know better how to attack Book One. I used to feel like all my eggs were in one basket, and that basket just had to sell. It was relieving to put the basket under the stairs (and I have to admit that three traditionally-published novels later, that basket is still gathering dust).

It hurts to put a book aside. Well do I know. But sometimes the world just isn't ready for it, and if your second book idea is more marketable, get on it! It's great to have more than one book on submission, and we've all heard about debut authors getting two-book deals that can only happen if you have the second book in the works.

Believe in Yourself and Keep Writing:
I was never someone that burned too much over rejections. I'm very sensitive about other sorts of rejections in real life, but for some reason I'm usually able to shrug over literary rejections. But for those of you who find those hard, please know that my novel Haunted: The Arnaud Legacy was rejected many, many, many times and today is in print with Kensington Books, under contract for two more books in the series. If you can believe in yourself and your writing, and always remember that it only takes one editor to love your work to change everything, then you can find that publication you crave someday. 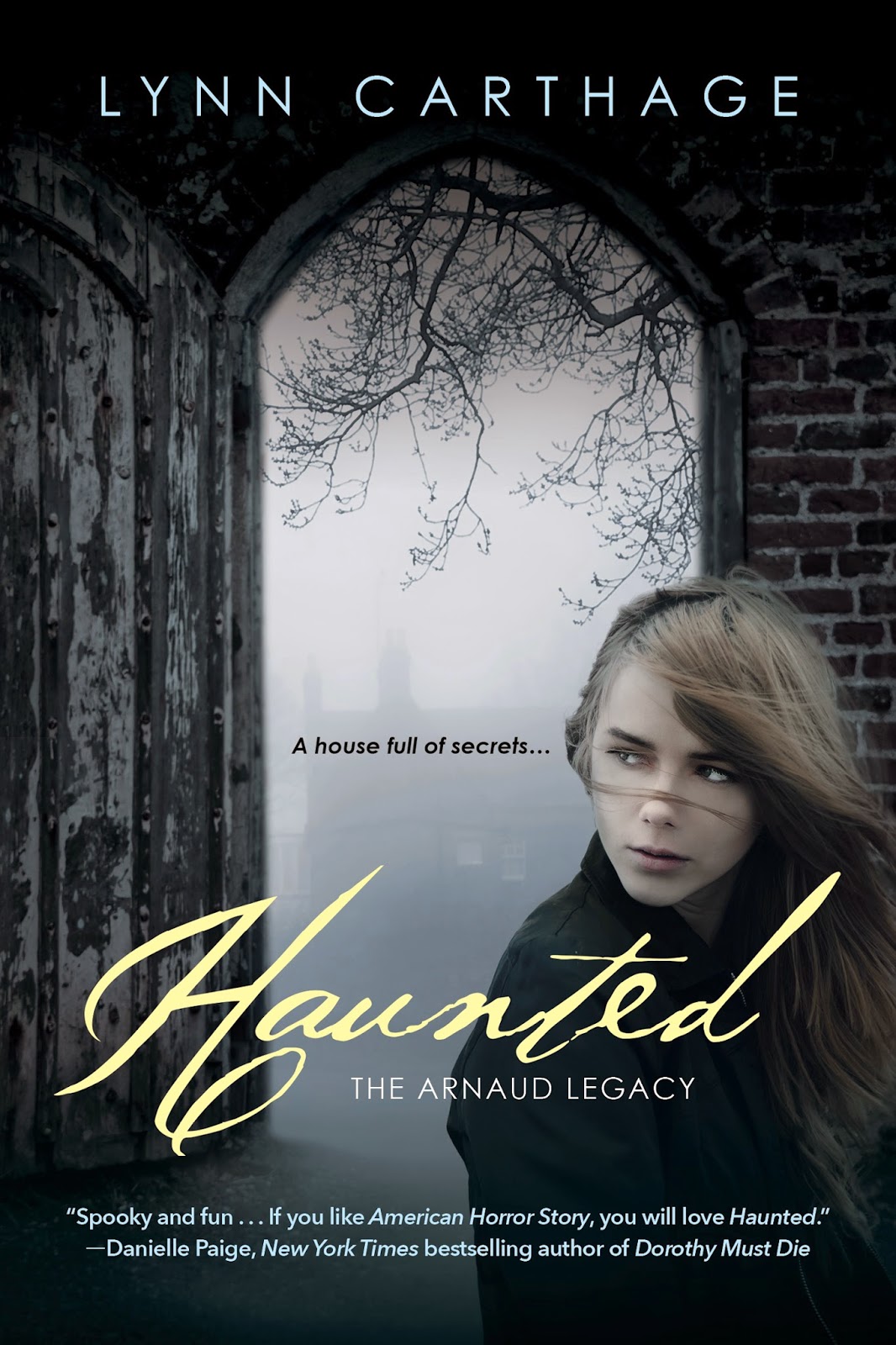 Sixteen-year-old Phoebe Irving has traded life in San Francisco for her stepfather’s ancestral mansion in rural England. It’s supposed to be the new start her family needs. But from the moment she crosses the threshold into the ancient estate, Phoebe senses something ominous. Then again, she’s a little sensitive lately—not surprising when her parents are oblivious to her, her old life is six thousand miles away, and the only guy around is completely gorgeous but giving her mixed messages.

But at least Miles doesn’t laugh at Phoebe’s growing fears. And she can trust him…maybe. The locals whisper about the manor’s infamous original owner, Madame Arnaud, and tell grim stories of missing children and vengeful spirits. Phoebe is determined to protect her loved ones—especially her little sister, Tabby. But even amidst the manor’s dark shadows, the deepest mysteries may involve Phoebe herself….

Lynn Carthage is a novelist living near Sacramento. Under her real name, she was a Bram Stoker Award finalist. Born in Vermont, Lynn has lived in Maine, Ireland, and Arizona. She reads voraciously, loves anything French, gets “itchy feet” to travel on a regular basis, and finds peace in the woods, in meadows, in nature. She has always been fascinated by how history allows us to imagine how people of the past lived and breathed and felt.

HAUNTED is her first young adult novel, and will be followed by the next two books in the Arnaud Legacy trilogy.