The Infamous Arc. How much do characters really have to change? by Madeleine Kuderick

Today we welcome to the blog Madeleine Kuderick, who has written a beautiful book in verse on an important and emotional subject. By the numerous reviews praising KISS OF BROKEN GLASS, she handled it with skill and sensitivity. Her post for us today is equally as insightful.

The Infamous Arc. How much do characters really have to change? by Madeleine Kuderick


“If there is no possibility for change in a character, we have no interest in him.”

That’s what Flannery O’Connor said, and it almost seems too simple, right? But it’s true. Without change, there’s no arc. And without an arc, there’s no reason to follow a character anywhere, and certainly not all the way to the end of a book. Readers want to see characters that overcome inner demons, wrestle against external obstacles, and ultimately experience change. They want something cathartic to happen. That’s what creates a satisfying ending. That’s what burns the character into reader’s hearts.

But what if a dramatic change is unrealistic for the character? What if a tidal wave kind of transformation is not authentic? Should the writer force the big metamorphosis anyway or allow the change to be just a tiny ripple instead?

I faced this dilemma when I wrote KISS OF BROKEN GLASS, a YA novel in verse that deals with self harm. KISS opens with Kenna, the protagonist, being committed to a psych ward after she’s caught cutting in the high school bathroom. The entire novel takes place during her mandatory psych hold. That means it all happens in just seventy-two hours. I knew that in such a brief span of time, a transformative change would not be realistic for my character. In fact, it would be an absolute untruth to promise the reader that self-harm could be magically cured with a three day stint at the hospital. But as a writer I worried. Would a subtle change be enough? Would readers accept the more honest outcome or would they be disappointed that I didn’t deliver a shiny new protagonist at the end?

I’m happy to report that reader response has been strongly in favor of the realistic ending I wrote. They appreciate the honesty of it. Many readers comment that it’s refreshing to see a genuine story outcome. They say they’re tired of reading the saccharin sweet, bows and ribbon endings that bare no resemblance to reality.

I recently participated on an author panel doing a Twitter chat for the Guardian where we discussed this topic even further. “There’s a general problem in YA of tying endings up too neatly,” one participant wrote. “The problem with books is they have to end. Mental illness doesn’t.” I found this comment especially insightful and it’s very relevant to what we are talking about here. Yes, our characters need to change. But they should only change to the extent that it’s believable, honest and real. At least I believe that’s appropriate in contemporary realistic fiction, which is what I write.

So in the end, I agree with Flannery O’Connor. It’s the change that makes the character interesting. But, the change doesn’t have to be a tsunami of events played out unrealistically across the page. It can be just a drop. A hint. A ripple. Enough to let the reader know that transformation is possible. That your character actually wants to change. That’s enough. In fact, that’s everything. And the reader will follow your character to the very last page. 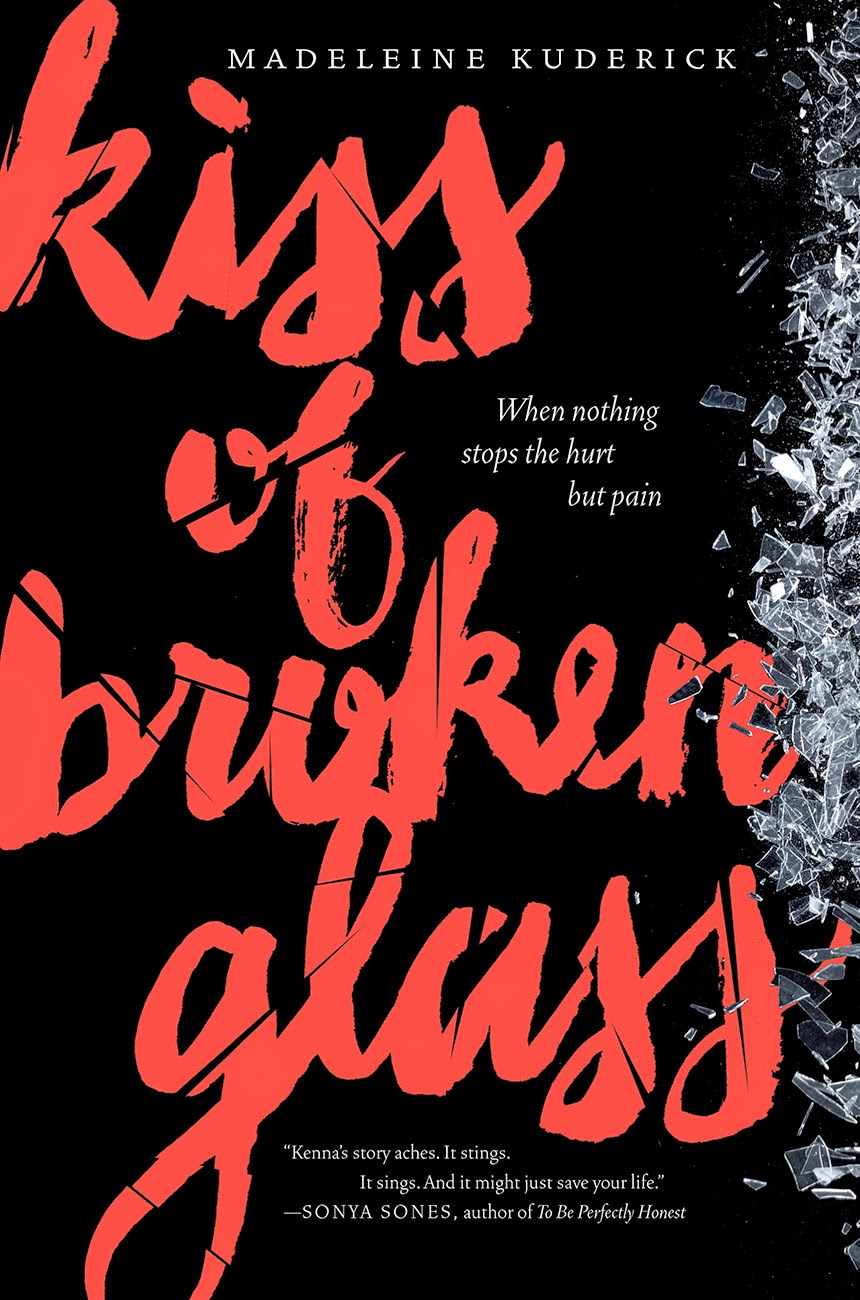 In the next 72 hours, Kenna may lose everything—her friends, her freedom, and maybe even herself. One kiss of the blade was all it took to get her sent to the psych ward for 72 hours. There she will face her addiction to cutting, though the outcome is far from certain.

When fifteen-year-old Kenna is found cutting herself in the school bathroom, she is sent to a facility for a mandatory psychiatric watch. There Kenna meets other kids like her—her roommate, Donya, who's there for her fifth time; the birdlike Skylar; and Jag, a boy cute enough to make her forget her problems . . . for a moment.

Madeleine Kuderick's gripping debut is a darkly beautiful and lyrical novel in verse, perfect for fans of Sonya Sones and Laurie Halse Anderson. Kiss of Broken Glass pulses with emotion and lingers long after the last page.

"Vivid and descriptive . . . a moving story about a serious issue." -- School Library Journal

Madeleine Kuderick grew up in Oak Park, Illinois, a community with rich literary tradition, where she was editor-in-chief of the same high school newspaper that Ernest Hemingway wrote for as a teen. She studied journalism at Indiana University before transferring to the School of Hard Knocks where she earned plenty of bumps and bruises and eventually an MBA. Today, Madeleine likes writing about underdogs and giving a voice to those who are struggling to be heard.