I've heard other authors talk about it, but I never thought about it seriously as something that would happen to me. PPD. Post Partum Depression. I didn't have it with either of my kids, although I've seen how debilitating it can be. Why would I get it after my debut novel?

COMPULSION is my baby. I've spent years focused on its conception, inception, growth, and welfare. And now it's out in the world.

There's very little more I can do for it. I've given it over to the readers, and my publisher has moved on to other books, including my next book, and there's a very real sense of exhaustion and anticlimax. All of that is exacerbated by environmental factors--what seems like a never-ending stream of bad news. The "news" news is bad enough. Ferguson. ISIS. Syria. The constant and seemingly escalating attacks on women around the world. And then there's news on the personal front too with more bad news for my sister, and I feel helpless because there's nothing that I can do to help her.

My poor pup, Auggie the Wonder Dog, is having surgery this morning, too, for a torn ligament in his knee. I hate--HATE--that he is going through pain. Again, I feel helpless. 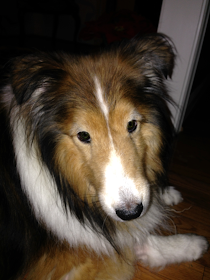 Helplessness. That's the common denominator. I don't DO helpless. I like control.

We writers are masters of our universes. We create whole worlds, surely we should be able to do something to improve what goes on around real world, no?

Emphatically, in this instance, NO.

But since I like to write my way out of things, I've researched some ways to help myself feel better. Maybe they can help you, too, if you've got the holiday or writing blahs.

1.  Eating My Way Out of It. I'm eating Nutella and virtually everything chocolate, because 'tis the season. That produces dopamine, which can improve my mood, help my concentration, increase productivity, and make me feel generally less UGH. (Yes, that's a technical term.) But chocolate isn't necessarily the best source of dopamine. If you're feeling blue or scattered and you want to survive the holiday season in the same size pants you started in, try apples, almonds, bananas, eggs, strawberries, and pumpkin seeds. They all offer dopamine boosts as well.

2. Walking It Off. There's something to be said for this--exercise also produces dopamine, and helps to alleviate the guilt of all that chocolate. But it also gives me the time to think and focus on creating a new project.

3. Starting That New Project. There's joy and hope in creation.  Putting myself back into the illusion of control by becoming the master of my fictional universe again is definitely part of my prescription.

4. Resetting Muscle Memory. Healthy eating, exercise, and immersing myself into a new project all require time, and time is at an increasing premium right now. The launch disrupted my "normal" routine, so it's time to redefine what's normal. I'm putting myself on a stricter schedule. Social media and marketing first thing. Writing in the morning/editing in the afternoon and evening. I'm also forcing myself to leave time to read for pleasure, because that keeps me sane and keeps me growing as a writer.

5. Focusing on the Stars. My son has ADHD, but medication didn't work for him. To help him overcome his disruptive behavior at school, we kept a sticker journal. I made a list of everything that needed to be done that day, from brushing his teeth, to doing his homework, to remembering to say please and thank you. By including some easy goals every day, I built in a little bit of success, and I'm doing the same thing for myself by making my goals manageable. Instead of saying that I'm going to write 2000 words or review copyedits for ten chapters every day, I'm focusing on writing a paragraph, and editing a manageable amount of pages. Starting small. : )

6. Keeping a Gratitude Jar. I started putting good news and kind things people said into a jar last year so that I could pull them out when I was focusing on the not so good news. But I'm starting a new tradition now and focusing on kindness and gratitude. Not what has someone said, but what has someone done--not necessarily for me, for others, for the world in general. What *can* I be grateful for? Science suggests that focusing on that literally retrains the brain to see the positive.

What about YOU? What techniques do you use to cope?

Some Good Things to Start Us Off

Know What Else is Fun? LAILAH by Nikki Kelly!

Who knew there was an original take on vampires left anywhere? Or angels! I loved this book.

Are you team Jonah? Or team Gabriel?

WIN LAILAH, PLUS LAILAH SWAG, and a COMPULSION SWAG PACK Over one million Wattpad readers have made Lailah a sensation!

On her way home from work, the girl encounters an injured stranger whose name is Jonah. Soon, she will understand that Jonah belongs to a generation of Vampires that serve even darker forces. Jonah and the few like him, are fighting with help from an unlikely Allie – a rogue Angel, named Gabriel. 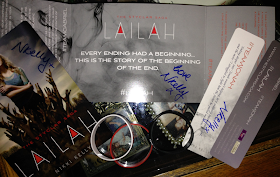 Plus some COMPULSION swag! 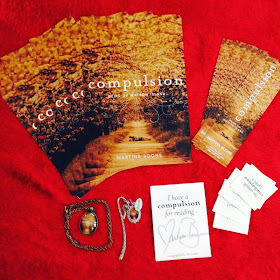