Sandra Waugh is the debut author of LARK RISING, a brilliant opening to the Guardians of Tarnec series and I am absolutely in LOVE! Full of incredibly rich world building and fantastic characters, Sandra's debut novel is fabulous. Sandra is a spinner of beautiful words and her guest post below is gold to any writer.

Or: In which I navigate from Francis Ford Coppola to a rollercoaster to Stephen Sondheim and try to have it all make sense.

I write in the morning before anyone has the chance to hurt me.

That’s not the exact quote, but this was Francis Ford Coppola’s response when he was asked about his writing process during an interview.

I’ve held onto that statement ever since I heard it.  Originally I liked it because I too wrote in the morning, something I attributed to being an early bird and that I preferred morning light and the relative quiet.  Later, I agreed it was true: that once you let the day in, then all sorts of little things would get in the way of work, not the issues themselves but how they affected the ups and downs of mood.  And whatever mood I was in utterly affected my ability to write. I could easily procrastinate if I felt unsettled, if those ‘hurts’ had started to filter in. And then a day became about avoiding: Oh, yuck, the dog rolled in something and needs a bath, and oh hell I just wasted HOW MUCH TIME?—I only meant to check the weather on TV but discovered Ice Road Truckers were careening across some frozen lake and I had to see how they would not crash even though I have never cared to watch Ice Road Truckers before, and damn my tea’s gone cold so while I’m waiting for a new pot I’ll just check that email again… and grrr just forget it.

And then I got published. And that was when I realized that my go-to quote should read a little more like this:

I write in the morning before I have the chance to hurt myself.

Those little annoying interruptions that I blamed for any procrastination were nothing compared to the moment when my work was laid open for public response—loved, hated, enjoyed, or slogged through, Goodreads ratings, Amazon rankings…. I so wanted to know how people were responding. Curiosity became a daily fix—and then not just a daily fix, but a MORNING fix, like: make tea, check Amazon and Goodreads—because ‘hey, I should learn to handle the ups and downs.’ And soon, ‘hey, you have to handle the ups and downs.’ And then it became a morning, afternoon, evening, and sometimes in-between fix, and before I knew it I was riding a rollercoaster of joy and disappointment—not just riding, but endlessly repeating, hanging on with heart in throat, and with that same mindset that I’ve assumed keeps any plane I’m on flying (I don’t like flying): that somehow if I concentrate hard enough on surviving, I will.

Funny how what began as a love for writing was the first thing that fell off the rollercoaster.  Funny how I was the one who put myself on that rollercoaster.

And then none of it was funny.

I’ve heard author friends talk about the challenge of beginning a second book, because it did not (yet) hold the emotional importance of their first book, their baby. I came to a dead halt not because the next book didn’t matter as much, but because it mattered too much. Why? I was scared. More to the point: I’d scared myself. I’d begun grading my ability to write based on anyone else’s opinion but my own.  And then it was not just my ability to write but being able to write at all. When I faced the blank page I could only wonder: what makes you think you have the right?

It’s not about right… or privilege, or anything else I could use to talk myself into procrastinating.  It’s about desire. I’d forgotten that part.

It took a few friends, and my patient husband, to help me get off the roller coaster and back on more solid ground. It’s not that fear doesn’t rear its ugly little head, but that’s when I sternly re-focus on what my job is: to write. And then I focus on why I wanted that job: because I love to write. So if any part of this rings true for you, and if—and I hope you don’t—find yourself heading for the amusement ride of inertia, I pass on a few things worth remembering: Full of romance and nature magic, this debut fantasy is perfect for fans of Shannon Hale, Juliet Marillier, and Kristin Cashore.

“A beautifully realized world, a unique voice, and a compelling, action-packed story. This is a striking debut novel with a lovely folkloric flavor.” —Juliet Marillier, author of Wildwood Dancing

Lark has foreseen two things—she will fall for a young man with sage green eyes,and he will kill her.

Sixteen-year-old Lark Carew is happiest close to home, tending her garden and gathering herbs for medicines. But when her Sight warns her that monsters called Troths will soon invade her village, Lark is summoned on a journey to seek help from the legendary Riders of Tarnec. Little does she suspect that one of the Riders, Gharain, is the very man who has haunted her visions. Or that the people of Tarnec have called her there for another reason: Lark is the Guardian of Life, the first of four Guardians who must awaken their powers to recover four stolen amulets. Together, the amulets—Life, Death, Dark, and Light—keep the world in Balance. To take back the Life amulet, Lark will have to discover her true inner strength and give in to a love that she swears will be her downfall. 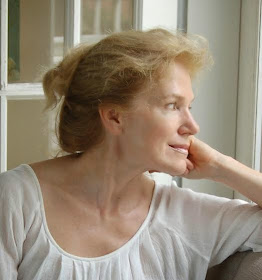 Sandra Waugh grew up in an old house full of crowded bookshelves, in walking distance of an old library that allowed her to drag home a sack of six books at a time.  It goes without saying, then, that she fell in love with the old house in Litchfield County, Connecticut, because of its many bookshelves, and she lives there now with her husband, two sons, and a dog who snores.  Loudly.