Win a Basket of Books for an Underfunded School or Library, Plus #ATPOY and #Talon #Giveaways

Even before Compulsion released, I had a slew of contacts on Facebook, Goodreads, and my website asking for donations of the book for a school or library.

I love libraries. I love teachers who keep books in the classrooms, most often at their own expense. But I can't possibly send books for every request.

I do want to do what I can though, especially for the holidays.

So I'm hosting a Win a Basket of Books giveaway. 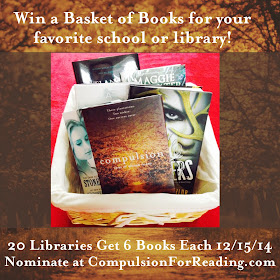 Want to win a basket of best-selling books for your school or library? I’ve been getting requests for donations of Compulsion, and with the holiday season coming up, I’ve decided the best present I can give myself is to give something back to schools, teachers, libraries, and librarians. Without them, Compulsion would not exist.
If you know an underfunded school or library in the United States that could use a little help, please nominate them using the form below.
On December 15th, I’ll choose twenty (20) schools or libraries from the nominations, and mail them each a basket of six (6) popular books in time for the holidays. : )
Please help by getting the word out! And if you’d like to donate books, let me know. I’d love to be able to send out more baskets to even more schools and libraries!
Click here to nominate your school or library.

There have been many lovely moments recently. The whole Compelling Reads tour was amazing, and so many people have been more than kind.

Speaking of Paying It Forward

This week's giveaway includes some hot Compulsion swag plus A THOUSAND PIECES OF YOU by Claudia Gray plus TALON by Julie Kagawa. Marguerite Caine’s physicist parents are known for their radical scientific achievements. Their most astonishing invention: the Firebird, which allows users to jump into parallel universes, some vastly altered from our own. But when Marguerite’s father is murdered, the killer—her parent’s handsome and enigmatic assistant Paul—escapes into another dimension before the law can touch him.

Marguerite can’t let the man who destroyed her family go free, and she races after Paul through different universes, where their lives entangle in increasingly familiar ways. With each encounter she begins to question Paul’s guilt—and her own heart. Soon she discovers the truth behind her father’s death is more sinister than she ever could have imagined.

A Thousand Pieces of You explores a reality where we witness the countless other lives we might lead in an amazingly intricate multiverse, and ask whether, amid infinite possibilities, one love can endure. Long ago, dragons were hunted to near extinction by the Order of St. George, a legendary society of dragon slayers. Hiding in human form and growing their numbers in secret, the dragons of Talon have become strong and cunning, and they're positioned to take over the world with humans none the wiser.

Ember and Dante Hill are the only sister and brother known to dragonkind. Trained to infiltrate society, Ember wants to live the teen experience and enjoy a summer of freedom before taking her destined place in Talon. But destiny is a matter of perspective, and a rogue dragon will soon challenge everything Ember has been taught. As Ember struggles to accept her future, she and her brother are hunted by the Order of St. George.

Soldier Garret Xavier Sebastian has a mission to seek and destroy all dragons, and Talon's newest recruits in particular. But he cannot kill unless he is certain he has found his prey: and nothing is certain about Ember Hill. Faced with Ember's bravery, confidence and all-too-human desires, Garret begins to question everything that the Order has ingrained in him: and what he might be willing to give up to find the truth about dragons. 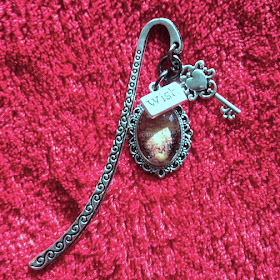 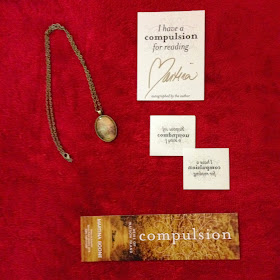