Hey, everyone – this is Becca, with a new post we are doing here on Adventures in YA Publishing, called What's on Reader's Minds?Once a month, I send an email out to bloggers, asking them to tell me what's been on their mind lately. Sometimes they even post a segment from a discussion they've had on their blog recently, and then I post their answers right here! Want to be a part of our book blogger panel? Leave your blog name and contact details in the comments below! We’d love to have you! 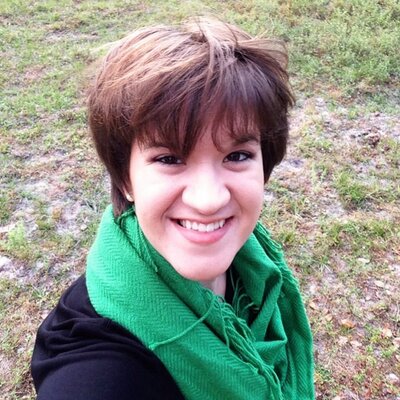 "I've been thinking a lot about the publishing industry the past few months. It's so much bigger and more complicated than I'd known as a non-blogging reader! I've also been thinking about the people I've met within the industry and how wonderful they are. So I started a new series called What I Think Of When I Think Of... to help untangle the knot that is publishing companies and their imprints and also to call out some of the fantastic people I've met through my contacts as a blogger."

"What is the worst thing that could happen while you read? Your M.C. make you want to punch walls? You have a weird back and forth narration going on? Or perhaps M.C. has perished and your now trailing their ghost? None of these things are as bad as the dreaded Insta- love triangle!! *duh duh dummmmm*. This is the absolute most common of the hated trend in Y.A. Or in any literature for that matter....but why? What do we have against these 2 cliches? They drive the story well and make things a hell of a lot more interesting. Are we so cynical as readers that we hate to see people In love? What's with all the hate...when it comes down to love?"

"Spoiler alert: I am framing this in terms of both YA-focused books and TV (including the 100

because apparently that's all I can talk about now).

I am sick to death of these "nice guy" love interests that put the MC on a pedestal and fall in love with the idealized version of her. (I'm looking at you Finn/Stefan/Angel.) These guys all have created fictionalized ideas of what she is in their heads that they never totally let go of. The problem is, these creations aren't real people. Real people are flawed and surprising. Ideals are set in stone. It's an insidious trope because all of these guys are the good guys and are, arguably, encouraging the MC to become the best version of themselves. It's easy to see why people root for them. Unfortunately that best version isn't based on reality and when the MC fails to live up, the nice guys can't accept that. They often end up holding the reality of the MC against them.

And I'm not saying all nice guys are bad. Levi from Fangirl is probably one of the nicest fictional love interests ever written and he is absolutely fantastic. The difference is he sees Cath. He doesn't come into the relationship with a fortified idea of who she is. He actually gets to know her in real time. Ditto Cricket with Lola in Lola and the Boy Next Door. He grew up with her, he's seen her at her best and her worst. He knows her for who she is from interacting with her and getting to know her. Not following her around like a puppy (at best, a stalker at worst) and observing.

As Spike said to Buffy:

I've seen the best and the worst of you, and I understand, with perfect clarity, exactly what you are.

That is what I ship and why I end up shipping the Bellamys, the Damons and the Spikes. These guys see the MC. They actually hate the pedestal version of the MC. Then when they see who she really is beneath the hype and end up over throwing their preconceived notion, they connect to the real person they've come to know.  (Well done) hate to love is such an infinitely more interesting trope to me because there are so many more layers to it. I'd also like to point out that all of these guys encourage the best in their love interest but they do so in a way that recognizes what the love interest's best self actually is, not what they think it should be. They don't tell them who to be, they tell them they know they can be the best of who they are. That is a ship trope I will never get over. 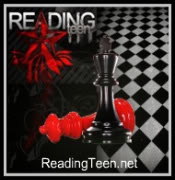 "I've recently discovered a new blog (Notebook Sisters) and Cait wrote a post about how we should stop Apologizing on our blogs. I've actually been in the process of writing the same post. I swear the girl has been shuffling around in my brain! This is something that's been bugging me for a long time, and every time I see a new post where someone is telling the world sorry for their blogging choices, it makes me want to shake someone. NOOOOO!!!! Don't do it! You can read more on my blog here."