We have a couple of great giveaways for you this week. We wish you all a very happy Thanksgiving! What plans do you have or the holiday? Hopefully they include some reading time! 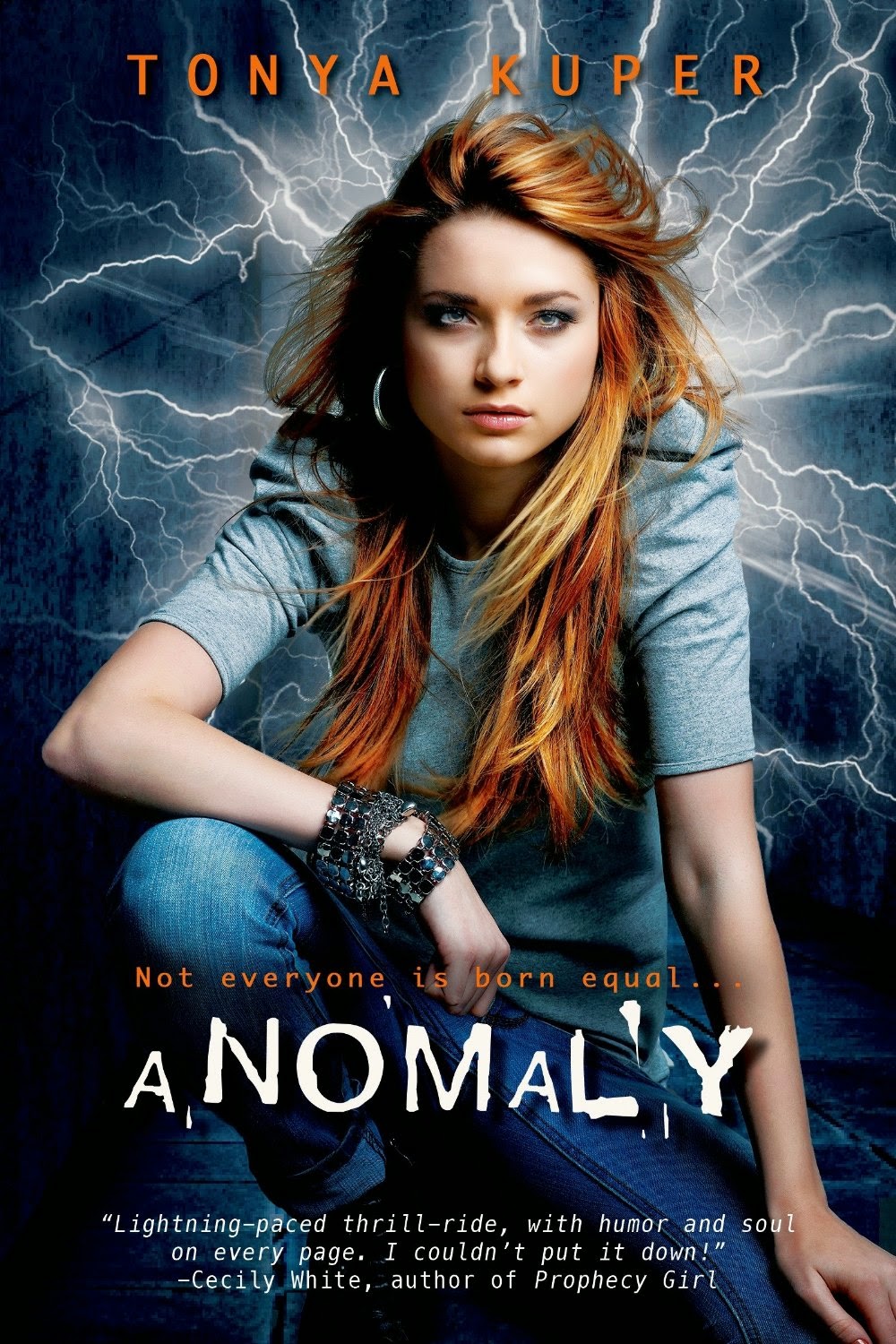 Reality is only an illusion.
Except for those who can control it…

My first boyfriend dumped me—happy birthday, Josie!—my dad is who knows where, I have some weird virus that makes me want to hurl, and now my ex is licking another girl’s tonsils. Oh, and I’m officially the same age as my brother was when he died. Yeah, today is about as fun-filled as the swamps of Dagobah. But then weird things start happening…

Like I make something materialize just by thinking about it.

When hottily-hot badass Reid Wentworth shows up on a motorcycle, everything changes. Like, everything. Who I am. My family. What really happened to my brother. Existence. I am Oculi, and I have the ability to change reality with my thoughts. Now Reid, in all his hotness, is charged with guiding and protecting me as I begin learning how to bend reality. And he’s the only thing standing between me and the secret organization that wants me dead…


Author Question: What is your favorite thing about Anomaly?

I love the fact that ANOMALY is a science fiction story taking place in present day. I still had to think about some enormous scientific theories for world building, but I got to create that world within what readers know - our everyday lives. The characters are like any high schooler today, yet they are thrust into this crazy, secret life that only a fraction of the human population knows about. It was fun merging our contemporary world, using pop culture and scifi references, with an entirely new world. Meshing the two worlds makes the science fiction element all the more fun, and even a little eerie because it is based on a quantum physics theory. A sci-fi military thriller perfect for kids who love Halo and Call of Duty!

February 2033. Things are not good. Recon Team Angel has been shut down, and if the alien forces manage to cross the frozen Bering Strait from Russia into Alaska, then humanity has lost the war. So far the aliens seem to be marshaling their resources, preparing for their invasion. But something isn’t right—at the control center, two Navy Seal teams have vanished without a trace. Did they lose their way on the ice? Or is something terrible happening? Recon Team Angel is secretly reinstated and authorized to investigate. What will they find in the frozen tundra? This could be their most chilling mission yet.

Author Question: What is your favorite thing about Ice War?

Ice War takes the characters that have been slowly developing over two previous books and fleshes them out much more without sacrificing excitement and action. I loved getting more into their souls. From Allison van Diepen, author of Snitch and Street Pharm, comes a sexy, dangerous novel about a teen who witnesses a murder and gets caught up in the seedy world of Miami’s gangs.

Maddie Diaz never should have taken that shortcut through the park. If she hadn't, she wouldn't have seen two members of the Reyes gang attacking a homeless man. Now, as the only witness, she knows there’s a target on her back.

But when the Reyes jump her on the street, Maddie is protected by a second gang and their secretive leader, Lobo, who is determined to take down the Reyes himself. Lobo is mysterious and passionate, and Maddie begins to fall for him. But when they live this close to the edge, can their love survive?

On the Edge is a compelling story about fighting for what’s right and figuring out where you belong. The novel showcases a gritty, realistic voice and earth–shattering romance that will intrigue readers of Simone Elkeles and Paul Griffin and captivate fans of Allison van Diepen's other novels.