WOW Wednesday: The Things You Leave Out by Lois Metzger

The Things You Leave Out by Lois Metzger


Characters drive a story, and to know your characters is to know how your story will be told. The wonderful science-fiction author, Kate Wilhelm, once asked me, “When your character leaves a room, how many steps does it take her to get from one end of the room to the other? Does she walk slowly or hurry along? Is the floor carpeted? What does the doorknob look like? You would never put all that in, but you’ve got to know it.”

Another friend, Gwyneth Cravens, also an excellent writer (of both fiction and nonfiction), later gave me something invaluable—a two-page, single-spaced questionnaire that could apply to every character in a story. Again, this was not information that necessarily made it into the final story, but it was extraordinarily helpful in creating fully realized characters. I use it always, listing my answers on a separate sheet of paper.

Here are some excerpts from that questionnaire:

How tall is your character, how much does he weigh, what is his coloring, the qualities of his skin and hair? How does he move his body, his limbs and facial muscles? Hands—what are they like? Is he a taker or giver? Where is his attention habitually fixed? Does he please or blame others? Does he work hard? Is he out for revenge? Is he fearful, melancholy, envious, self-punishing? What is the grit around which is pearl is formed? How would he pick up two bricks? Something fragile? Food? A living person? How does he keep his money? What is in his medicine cabinet? Does he mumble, leave off endings, refuse to finish sentences, ramble on, run words together? How do other people react to him? What cliché or proverb applies to him? What’s an apt nickname for him?

Think of him as having been given certain hypnotic commands as a child that he continues to carry out. What are they? Who gave them? (“You will never…” “You will always…”) Are parents easygoing? Stern? Is one parent sterner? About what? What makes them annoyed with character? What makes them laugh? What do they tell the character about his appearance and abilities? What do they warn against? Do the parents quarrel? What about? Do they treat character differently from siblings? What does character do to win their approval? What is their attitude if character does something well? How do they express disapproval? What do they disapprove of? Whom do they want character to associate with and why? What is the father’s attitude toward character? How does it differ from mother’s? What are the family attitudes toward money, religion, neighbors, the past? What are the forbidden topics? Does character defy parents? How? When? In deal with character, do parents tend to be perfectionistic, overindulgent, punitive, neglectful, absent?

What was character’s first big disappointment, first big satisfaction? What is character practical about? Emotional about? Intellectual about? Which predominates? Does he express himself primarily through action or emotion or intellect? What is he romantic about? What are his recurring dreams? Hobbies? Compared to his peers, does he seem older, younger, the same? Does he have a particular philosophy he tries to live up to? How does he fall short of it? What are three rules of life he might quote to you?

Where is he headed? What will he be like in five years? 10? 25? In what ways is he changing? In what ways is he fixed? What is his idea of the perfect day? What does he wish for the most? Dread the most? What are his special abilities? Flaws? Are the changes in the character apparent or real? What would he do if he learned he was going to die in 10 days? What is the purpose of his life, its meaning?

Even before I had the benefit of Kate Wilhelm’s advice and Gwyneth Cravens’ questionnaire, I stumbled onto something that paved the way. When I began writing, I wrote the diaries of several characters. I thought this would be a story in itself. It very much wasn’t. But it was a terrific way to get to know the characters, simply by following their thoughts and actions from the moment they woke up to the time they went to sleep. I ended up with about 300 pages of diary entries. I decided to write a short story about these characters. It was only about nine pages long and became my first published story (in an anthology edited by Kate Wilhelm). Because of those diaries, I knew all I needed to know. Because of everything I didn’t put in. 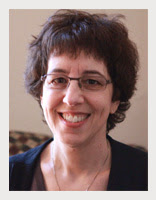 Lois Metzger is a firm believer in the philosophy "books change lives." It was while growing up in Queens, New York, and reading incessantly that Lois decided that she wanted to become a writer. She shared her passion with participants at The Door in Tribeca and at University Settlement Society in the Lower East Side from May 7 - May 11, 2001 as part of the National Book Foundation's Settlement House Author Residency Program. Lois' work has appeared in a number of prominent magazines, including Harper's Bazaar, The Nation, The North American Review, Omni, and The New Yorker, where she worked for five years. Even though she started her career writing for adults, Lois quickly switched to writing for young adults. In an interview, Lois was quoted as saying,"It's a fascinating age to write for." Mike Welles had everything under control. He was a good student, an outfielder on the baseball team, a good son, a loyal friend. But that was before. Now things are rough at home, and they’re getting confusing at school. He’s losing his sense of direction, and he feels like a mess.Then there’s a voice in his head. A friend, trying to help him regain control. More than that: The voice can guide him to be better and stronger than he was before, to rid his life of everything holding him back. To figure out who he is again. If only Mike will listen.

Writing with devastating power and precision, acclaimed author Lois Metzger gives us the story of one young man’s battle with his own shadows—a spare, stark, and vital tale of the way in which the things we build to protect ourselves can threaten to destroy us.