Kate Bassett, Author of WORDS AND THEIR MEANINGS, Discusses Getting Published and Offers Her Best Advice to Aspiring Authors

What is your favorite thing about WORDS AND THEIR MEANINGS?

Origami-- the idea of folded paper and secrets within secrets-- is pretty fitting when it comes to describing what I love most about this book. When I started writing WORDS AND THEIR MEANINGS, I thought it was about one thing...and three drafts later was sure it was about this other thing...and two drafts after that, I think I started to unfold the heart of the story. So for me, my favorite thing will always be the journey I took while writing it.

I grew up in a dying auto factory town in the heart of Michigan. Grey Iron is based, almost exactly, on my town. Even though the setting ended up taking a back seat to these two characters, Anna and Mateo (who had been dancing around in my head for awhile), the heart of a town I believe still has a lot of redefining to do is there.

All told, it's been a three year process, start to finish.

I have one trunked manuscript-- MYTH-- that I love because it's the first thing I finished. I queried it for a month, got a few requests and equal number of rejections. There are parts of it I still love. There are also parts (like the action/fight scenes, which I will never attempt to pretend I am good at writing again) that make me cringe and laugh and sigh.

I wrote Words and Their Meanings next, and thanks to MYTH, already had a few doors cracked open when I started to query again. That part of the process went fast, and I signed with my dream agent, Sarah Davies of Greenhouse Literary. We revised the manuscript for about six months, and about six weeks after being on submission, I accepted an offer with Flux.

Note: something weird happens in the space/time continuum while on submission. Six weeks felt like 600 years. For real.

I take a ton of time along the way to curate the perfect playlist for a project, but then I only listen to it before I sit down to write (or while I'm cooking dinner, folding laundry, etc). I get too distracted if I try to keep the music going while I'm actually working (I'm too big a fan of living room dance parties).

When it comes to where I write, it's almost always one of two places: on my laptop in the corner booth of my town's little coffee shop, the Stained Cup, or on my desktop computer, which despite being unwieldy and huge, ends up getting carried into the living room and perched on the old pot belly stove that serves as an end table-- it's closest to the wood stove heat in the winter, and I can watch my kids play outside in the summer.

One thing I try never to do is reread what I wrote the previous day. I try to start fresh, and if it feels like it's going to be a struggle, I either go for a quick walk or pull a favorite book from the shelf or my bag and open it to a random page and read for a few minutes.

Read. Write. Repeat. There's just no substitute for reading widely and writing daily. Also, take advantage of all the great resources about the publishing process that are available on the Internet. I learned so much about the query process, books and conferences to help improve craft, and the community of KidLit via Google!

I'm currently in what I hope is the last major round of revisions for book two. It's a dual narrative set in the 1990s, and its filled with tour band culture (think Phish), mistaken identities, summer communities, family, first love...And a ghost. 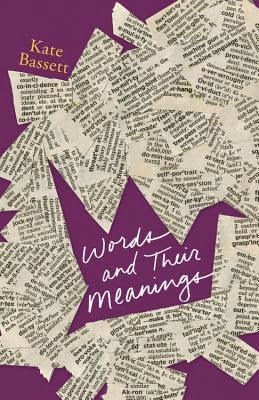 Anna O’Mally doesn’t believe in the five stages of grief. Her way of dealing with death equates to daily bouts of coffin yoga and fake-tattooing Patti Smith quotes onto her arms. Once a talented writer, Anna no longer believes words matter, until shocking discoveries– in the form of origami cranes– force her to redefine family and love.

As Anna goes in search of the truth, she discovers that while every story, every human being, has a last line, it might still be possible to find the words for a new beginning.