WOW Wednesday: Take The Preciousness Out Of The Process by Claire LaZebnik

To say Claire LaZebnik knows what she's talking about when it comes to writing is an understatement. She is the author of 5 novels for adults, 3 for Young Adults, short stories, anthologies and many more. Her advice today is something that is a little different and certainly fresh, and in my opinion, some of the best i've heard.

Take The Preciousness Out Of The Process by Claire LaZebnik


I was at a meeting recently about a writing class and my sister--who co-wrote a book that lingered for months at the number one spot on the New York Times best seller list and knows what she’s talking about—said something that was so smart about writing, I’ve been using it as my own advice ever since. (This is something sisters are allowed to do: steal from each other. If you do it for long enough and consistently enough, you can even convince yourself that you came up with the idea in the first place.)

Anyway, the thing my sister said was something like: “We should just have the students write an entire script [it was a screenwriting class] at the very beginning of the program. Just get the words down on the page and take the preciousness out of the idea of writing. Then we can help them work on it to make it better, but they’ll have already learned that just getting something done is the most important part of the process."

So now my advice for anyone wanting to become a writer is “take the preciousness out of the process.” In other words, just sit down and write something from the beginning through the middle to the end. Don’t wait for ideal conditions or for your ‘muse’ to visit. Writing is a craft and, if you’re lucky, a career, and the only way to get good at it and to have something to sell is to make finished products with your writing.

Think in terms of “banging it out”—when you’re at your computer, focus on getting the words out, one after the other--just keep the story moving forward. Know where you’re going and get there. And then when you have a completed rough draft, work hard to make it good: read through it not once, but many times . . . many many times . . . so many times—and wherever there’s something that “bumps you”—that just doesn’t sound the way you want it to—work at it until it sounds right.

If you look at writing a book as a sort of every day task—something you work on until it’s done, like cleaning out a cupboard or fixing a bicycle—and not like something that requires inspiration and inner reflection, you actually learn to get good at it. How many things in life are you good at instantly? We get good at things by doing them. I look around at the writers I know (I live in Los Angeles, so I’m surrounded by writers of all kinds—novelists, TV producers, screenwriters, even playwrights) and the thing they all have in common is the ability to sit down and pound something out. Some may do it faster than others and some may rewrite more than others and some may be more successful than others. But they all take writing seriously as a JOB. And they do their jobs the way jobs have to be done: by working day after day after day and completing their assignments on time.

While I’m stealing from my family members, I might as well quote my father too. From the time I told him I wanted to be a novelist when I grew up, he would say to me, “A writer is someone who writes.” It’s basically the same advice as my sister’s, distilled down to a tagline.

Butt in chair, words on screen. That’s what it all comes down to. 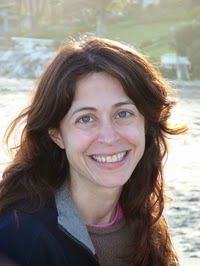 Claire grew up in Newton, Massachusetts, went to Harvard and moved to LA. She has written five novels for adults, Same as It Never Was, Knitting under the Influence, The Smart One and the Pretty One, If You Lived Here, You’d Be Home Now, and Families and Other Nonreturnable Gifts. Claire has also published two YA novels with Harper Collins: Epic Fail and The Trouble with Flirting . Claire lives in the Pacific Palisades with her husband Rob (who writes for “The Simpsons”), her four kids (Max, Johnny, Annie and Will) and too many pets to keep track of. 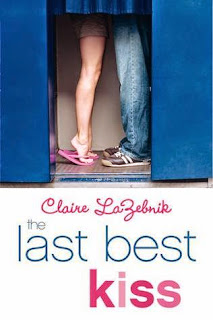 Anna Eliot is tired of worrying about what other people think. After all, that was how she lost the only guy she ever really liked, Finn Westbrook.

Now, three years after she broke his heart, the one who got away is back in her life.

All Anna wants is a chance to relive their last kiss again (and again and again). But Finn obviously hasn’t forgotten how she treated him, and he’s made it clear he has no interest in having anything to do with her.

Anna keeps trying to persuade herself that she doesn’t care about Finn either, but even though they’ve both changed since they first met, deep down she knows he’s the guy for her. Now if only she can get him to believe that, too....

With her signature wit and expertly authentic teen voice, Claire LaZebnik (the author of fan favorites Epic Fail and The Trouble with Flirting) once again breathes new life into a perennially popular love story. Fans of Polly Shulman, Maureen Johnson, and, of course, Jane Austen will love this irresistibly funny and romantic tale of first loves and second chances.