WOW Wednesday: Believe in Yourself by Debra Driza

Debra Driza is the kind of author who is so sweet and so enthusiastic about everything, that it is a complete pleasure to have her on the blog with us today. It doesn't hurt that her advice is wonderful and something that is seriously lacking in pretty much everyone's every day life. Her first novel MILA 2.0 came out last year with it's sequel MILA 2.0: RENEGADE, which came out yesterday!


Believe in Yourself by Debra Driza

I’m going to warn you all right now—this post will probably sound more than a little rah-rah. But as I thought long and hard on the most useful bit of writing advice I’ve learned along the road to publication, I kept coming back to one main idea: Believe in yourself.

Believing in yourself as a writer means realizing that you have just as much right to create fiction as anyone else. It means not giving up when the going gets tough, when your story gets dissed by agents, editors, readers, your mom (hey, it happens!) Rejection affects all writers at some point, and will only halt your process if you let it—if you allow your internal critic to absorb that rejection and whisper a constant stream of negativity in your ear. Been there, done that, and the end result? Doubting myself and setting aside promising manuscripts because I was afraid they wouldn’t measure up.

Believing in yourself means realizing that putting your writing out there for others to read is a way of practicing vulnerability, and yes, that will feel scary sometimes, and that’s okay.
It also means realizing that your self-worth is not dictated by achievement. Whether you write twenty books or one, whether you win the National Book Award or are never nominated for any award at all—that’s irrelevant to you as a person. Remember to take joy in the creating, and try to let go of the outcome.

Know that if you want to, you are capable of writing a story, and another, and another—and keep doing so. Know that you will improve. Know that fretting about what all the other writers are doing will only bring you down, and that ultimately, you’re better off not worrying if x author got y deal or if author a published b amount of books in a year. This is about YOUR journey as a writer, and no one else’s. Don’t use comparisons as a way to convince yourself you’re not enough because trust me—you are.

To quote researcher and non-fiction author Brene Brown, “fear, self-doubt, comparison, anxiety and uncertainty will keep you in the basement instead of charging into the arena:”—but only if you let them.

You cannot be an author without charging into the arena. And to get to the arena, you need to believe in yourself. 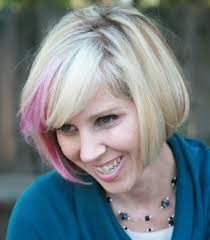 Debra Driza is the author of the MILA 2.0 series by HarperCollins and the owner of the messiest purse on the planet, aka: the black hole of doom. She thinks bow ties are cool and when she grows up, she wants to be Veronica Mars.

You can find her and her menagerie of Rhodesian Ridgebacks and children in Southern California. 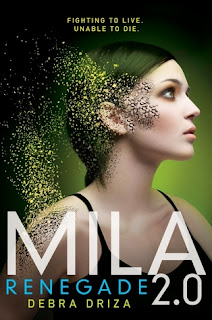 There is no one left for Mila to trust. Except for a boy she barely knows.

But Hunter has no idea who—and what—Mila really is. She can’t bear to reveal her secret, even though he’s unwittingly joined her search for Richard Grady, a man who may know more details of Mila’s complicated past.

Yet the road to the truth is more dangerous than ever. With General Holland and the Vita Obscura scouring the earth for her whereabouts, Mila must rely on her newfound android abilities to protect herself and Hunter from imminent harm. Still, embracing her identity as a machine leads her to question the state of her humanity—as well as Hunter’s real motives.

Perfect for fans of I Am Number Four and Divergent, this action-packed and heart-wrenching second installment of MILA 2.0 will leave readers breathlessly awaiting the series conclusion.

Amazon | IndieBound | Barnes & Noble | Goodreads
Adventures in YA Publishing at 6:00 AM