You know how girls go all crazy when they see someone like Justin Timberlake or Harry Styles? The screaming, the swooning, the fangirling... That's kind of how I am when someone brings up the Daughter of Smoke and Bone trilogy by Laini Taylor.

The characters! Swoon. Karou is that rare breed of YA protagonist who manages to have both great strength and devastating vulnerability. As a reader, you relate to her and aspire to her and stand in awe of her, all at once. But it's more than just Karou. The supporting cast hosts some of my all-time favorite characters in YA literature. "Rabid fairy" Zuzana? Perfection. Then of course there's Mik and Brimstone and Issa and Ziri and Akiva and Liraz and Hazael... The list goes on. Even Thiago, an atrocious, irredeemable beast of a creature, is an unforgettable villain.

When I manage to stop fangirling over the trilogy's characters, there's the settings to fall in love with. From Prague to Marrakesh to Morocco to Eretz, every setting--even the darkest of them--is infused with beauty and magic, and threaded through with creatures and histories and local stomping grounds that constantly stir the imagination.
Okay, I'm officially drooling.

And still I need to mention the plot. A girl is raised by monsters in modern day Prague, only to learn that the truth about herself spirals backwards, through time and space and worlds. The deeper you get into the trilogy, the less linear the plot becomes, yet Laini Taylor handles every twist and surprise with grace. There's nothing for the reader to do but relax and enjoy.

Did I mention that every page of writing is so beautiful, it makes you want to sink right into it, float around in its words?

For those reasons, and dozens more, I wish I'd written the Daughter of Smoke and Bone trilogy. But I'll settle for being one of its biggest fans. 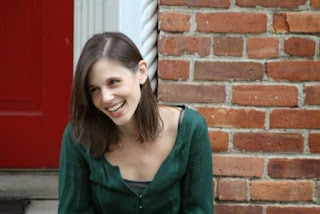 A pen name of Jacqueline Resnick.

Jacqueline Green received her BA from Cornell University and her MFA in writing for children from The New School. She grew up in Wynnewood, PA and now lives in Brooklyn, NY with her husband and their tiny dog (who sometimes moonlights as her writing companion). Truth or Dare, the first novel in a trilogy, is her young adult debut. 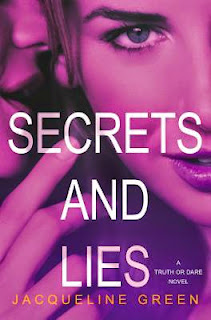 Can you keep a secret?
Tenley Reed and Sydney Morgan have never seen eye to eye -- until now. United by a common goal, they are determined to find out who was behind their friend's murder. Joined by Emerson Cunningham, a gorgeous but troubled teen model, the girls start their own investigation. But in the isolated beach town of Echo Bay, it's hard to know who's a friend and who's an enemy.
Secrets and Lies is the second book in the Truth or Dare series -- and will keep readers in suspense from beginning to end.