Wish I'd Written by Susane Colasanti

The Prince of Venice Beach by Blake Nelson

How much do I love Blake Nelson? So much that I freak out like the obsessed fangirl I am every time I hear he has a new book coming out. This time was no different. As soon as I heard The Prince of Venice Beach was going to drop on June 3, there was no way I was waiting that long to read it. I had to score an ARC. Which Blake Nelson sent me himself. Like I said. Freaking. Out.

This story of Cali, a runaway living on the streets of Venice Beach, is made of awesome. Cali wants to be a private investigator after he is approached by authorities to find a missing person. He goes from a boy who spends most of his time skateboarding and chilling with his friends to someone who’s motivated to turn his life around. I love inspiring stories like Cali’s that make you want to go out and accomplish every single one of your goals that same day. As always, I love the warm fuzzy feeling I get every time I read a Blake Nelson novel. And so will you.


The Geography of You and Me by Jennifer E. Smith

Jennifer E. Smith represents the absolute best in YA writing. Her writing resonates with your soul in a way that wakes you up and gives you hope. The Geography of You and Me is a poignant love story you will carry in your heart long after the last sentence is read. It’s one of those books I wish I’d written myself because the idea is just too good.

Lucy and Owen meet when they get stuck together in an elevator during a New York City blackout. They have one of those instant, magical connections that creates an immediate bond between them. Even while they are separated by geography, their connection is stronger than ever. Required reading for every romantic out there.


We Were Liars by E. Lockhart

Be prepared. We Were Liars delivers a hardcore twist you will not see coming. I needed a forklift to scrape my chin off the floor. E. Lockhart masterfully weaves a story of deception, betrayal, and passion that will dazzle you. Her poetic, beautiful writing comes alive on every page. Breathtaking, yo. 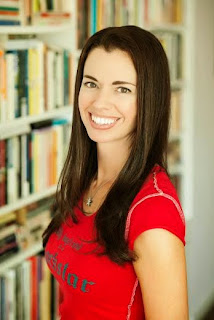 Susane Colasanti is the bestselling author of When It Happens, Take Me There, Waiting for You, Something Like Fate, So Much Closer, Keep Holding On, and All I Need. She has a bachelor’s degree from the University of Pennsylvania and a master’s degree from New York University. Before becoming a full-time author in 2007, Susane was a high school science teacher for ten years. She lives in New York City. 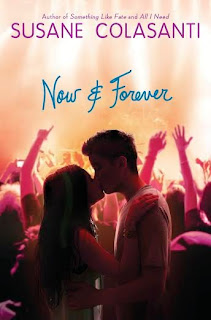 What if your boyfriend was the world's biggest rockstar?

Sterling is crazy in love with Ethan. Not only is he the sweetest boy she's ever met, but he's an incredibly talented guitarist, singer, and songwriter. And since forever, he's believed he has what it takes to be a star.

When Ethan becomes an overnight sensation, he's thrown head-first into the glam world of celebrity-and so is Sterling. Before she knows it, she's attending red-carpet premieres, getting free designer clothes, and flying around the country to attend Ethan's monumental sold-out concerts.

It's a dream come true...but whose dream is Sterling living? And what do you do when "forever" comes to an end?

Amazon | IndieBound | Goodreads
Adventures in YA Publishing at 1:41 AM