Wish I'd Written by Kieran Scott

The Darkest Minds and Never Fade are two of my favorite books, not just of the past few years, but ever. Alexandra Bracken creates such a rich world full of danger and fear and horrible villains, but also manages to infuse the story with a very real sense of hope. Her characters are incredible, flawed, deep people whose relationships feel utterly real. Plus the girl knows how to turn a phrase. It’s not often I read a book that surprises me, not just with the plot twists, but with the beauty of the writing. They’re also so intense, you can’t put them down. I know dystopia is supposedly on its way out, but if you have it in you to read one more trilogy, this should be it. I can’t wait for the third book!

I met Gretchen McNeil last year at a book festival and when I heard her talk about this book, I knew I had to read it. It’s a modernization of Agatha Christie’s And Then There Were None, which was one of my favorite books when I was a kid. When I first started reading Ten, I was a little confused by the many characters, but I pressed on and it was all good because it’s not long before Gretchen starts killing them off. The book builds so brilliantly that you start off sort of thinking you’re going to be okay, but by the end your heart is pounding and you’re just shaking, terrified to find out who will survive the massacre and who won’t. The setting, the atmosphere, the red-herrings—it’s all just too good.

Better Off Friends by Elizabeth Eulberg

To be honest, when I heard the premise of this book I kind of felt like I’d heard it before, but that’s what makes it so great that I loved this book so much. Elizabeth found a way to make what may sound like an old story (best friends who are the only people who don’t see they’re MFEO), feel fresh. She delves so deeply into the inner-workings of Levi and Macallan’s hearts and minds that she makes it completely understandable and believable that it takes them so long to get together. Plus she adds these little interstitials between chapters, in which Macallan and Levi are chatting with each other, looking back on their storied history, and they are laugh-out-loud funny. Whenever I read something laugh-out-loud funny, I wish I’d written it. 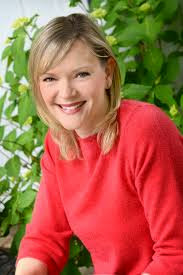 Kieran is from Montvale, New Jersey and was raised in Bergen County.[1] She enjoyed cheerleading, singing, and acting when she was growing up. She graduated from Pascack Hills High School[2] and attended college at Rutgers University with a double major in English and Journalism. She worked as an editor for four years before becoming a writer.[3] 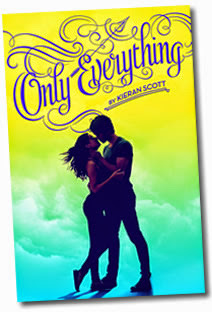 High school romance is tough—even for a bona fide love goddess. Can Cupid succeed as a mortal matchmaker?

When Eros (aka Cupid) is expelled from Olympus for defying Zeus after falling in love with Orion, she is banished to what she believes to be hell. We call it New Jersey. If she ever wants to go back to the comforts of her old life, she will have to find love for three couples—without using her powers.

Eros, now calling herself True, immediately identifies her first project in Charlie and believes finding him love will be a piece of cake. Charlie is new at school and eager to break out of his old image of band geek, so it’s lucky for him when he falls in with the right crowd on his first day. But music is still his passion. That is, until he meets Katrina...

Katrina is floundering after the death of her father and takes refuge with a boy who, while not entirely supportive, will be there when she needs him, unlike her mother. Too bad True thinks any girl Charlie talks to is perfect for him. Can she get out of her own way and help Charlie and Katrina connect, or will she be stuck in New Jersey forever?