First, I'm beyond thrilled to announce that Wendy Higgin's amazing Sweet Evil Trilogy made the USA Today and NYT's coveted Bestselling Series lists. How fabulous is that?

For those of you who don't know the story behind this series, it's truly the little series that could. Wendy put the first book up on Inkpop, which was then owned by HarperCollins. Readers voted it into the top five favorites, so a HarperCollins editor read it and offered her a contract. It received television interest, and HarperCollins came back to ask for two more books, and it has grown by sheer fanpower ever since. Wendy and the series are both fabulous, so if you haven't read it yet, go check it out. (I'm also giving away the full trilogy as one of the prize packs in my #PayItForward celebration giveaway, which ends in two days!)

BEA
If any of you are going to be at Book Expo America, I'd love to see you! I'm doing an autograph session on Friday from 2:00 to 2:30 at Table 17. Holly Black will be signing at the table after me, and there may be a slight delay for her fans while I drool on her and her books. I apologize in advance.
FOUR PICK ANY YA NOVEL GIVEAWAYS

Don't forget my four Pick Any YA Novel giveaways this month! You can find a list of them right here. 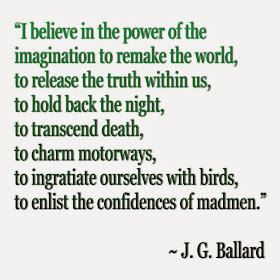 
Some secrets are too good to keep.

Did you see the post at Cuddlebuggery that posted the tweets of the convo between JK Rowling and George R. R. Martin on the 16th Anniversary of the Battle of Hogwarts? No? Go now.

The Indie's Choice winners were announced a while ago, and I missed posting the news and congratulations. Congrats to:

The #WeNeedDiverseBooks campaign was so successful that ReedPop is adding a panel to BEA's BookCon. Congrats, all! That's a win.
Kiera Cass talked about ending the Selection series.
YA Highway is celebrating their Writer's Digest 101 Best Websites for Writers win by holding some YA Web Awards. Please go nominate your favorite sites!
John Green talked about why we're never too old for YA to Cosmopolitan.

A first edition set of the Harry Potter Books sold at auction for $19,000. Yes, you read that right. And no, they weren't signed, but there was one card included with her signature.

Lionsgate talked about why the Allegiant book is going to be split into two films.

Oh, and by the way, Divergent sold eight million copies the first quarter of 2014. Eight. Million.

I loved this letter from a young Eudora Welty to the New Yorker pitching herself for a job.

And this graphic on how to tell if you're reading a Gothic novel? Awesome.

Insecurity is just an ordinary hound tricked out with phosphorous to make him look scary.  ~ Margo Berendsen