Inspired Openings: Use An Emotionally Charged Moment to Start by Corey Ann Haydu

I haven't read Corey Ann Haydu's first book, OCD LOVE STORY, but if it is nearly half as brilliant as LIFE BY COMMITTEE is, I know that i'll devour it. The book hit shelves on May 13th and is so worth a trip to the bookstore for it!

Use An Emotionally Charged Moment to Start by Corey Ann Haydu


I’m into opening chapters. And opening lines. And the decision a reader makes to continue on with a book, and how we as authors can help them make that decision.

LIFE BY COMMITTEE has two openings.

The first few opening pages are secrets. Little hints of other people’s lives. Tiny moments of raw, uncensored truth that we’re reading without any context. I wanted the reader to get a sense of what kind of world they’d be entering into and what I was interested in writing about.

I’m interested in the parts of ourselves that we choose to keep hidden, that we struggle to keep to ourselves. I’m also interested in how unbelievably good it feels to find someone that you DO want to share the most vulnerable, awful parts of yourself with.

So I guess in some ways what I was interested in with this book was intimacy. And all the forms it takes.

So that first opening—the anonymous, out of context secrets—is about one kind of intimacy. And the second opening is about the other. The thrill of finding someone you can maybe share yourself with. The intensity of that feeling. The desperation of it. I wanted readers to remember their own secrets, and how badly they want to hide them. And how very, very badly they also want to share them.

Books are about push—pull. Desires and fears. And the opening of LIFE BY COMMITTEE is an attempt to capture that push-pull. We want to know whose secrets these are in the first few pages. I also wanted to challenge the reader, and start somewhere uncomfortable and unsettling and non-linear.

As for the second beginning—Tabitha in her mother’s office chatting online with Joe—that’s more of a classic beginning. Starting at a high point, an emotionally charged moment. Hoping that that moment sets the stage for the rest of the book. Giving the reader a taste of what’s to come. My first chapters are always emotionally heightened moments. That’s what’s most interesting to me, and that’s the relationship I want to have with the reader. I want to go beyond what we’re all comfortable with and do something else. 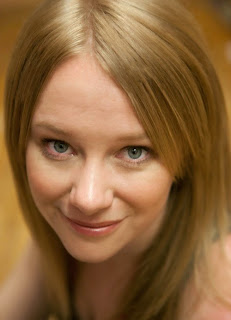 Corey Ann Haydu is a young adult novelist currently living in Brooklyn, NY. Her first novel, OCD LOVE STORY, is coming out July 2013 from Simon Pulse. Her second novel, LIFE BY COMMITTEE will be out in Summer 2014 from Katherine Tegen Books at Harper Collins.

Corey grew up outside Boston, Massachusetts where she learned a deep love for books, cheese, cobblestone streets, cold weather and The Gilmore Girls. She has been living in New York City since 2001, where she has now developed new affections for New Yorky things like downtown bookstores, Brooklyn brownstones, writing in coffee shops, the Modern Love column in the Sunday Times, pilates, leggings, and even fancier cheeses.

Corey graduated from New York University’s Tisch School of the Arts, where she got her BFA in Theatre. After college, Corey worked as an actress and playwright (and waitress and telemarketer and real estate broker and nanny and personal assistant) She also spent a lot of time in Starbucks writing short stories.

After working in children’s publishing for a few years, and falling in love with YA literature, Corey received her MFA from The New School in Writing for Children. During graduate school Corey rounded out her list of interests with mochas, evening writing workshops, post-it notes, bi-weekly cheeseburgers, blazers, and board games. 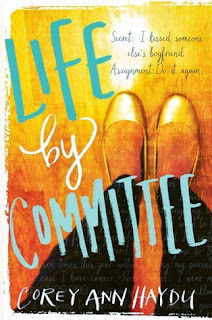