I'm off to BEA on Thursday, so I'm actually very nervous. The idea of autographing Compulsion is surreal, because I've never even been to BEA as a reader. And trust me, I am first and foremost a reader. There's no denying that. I'm going to be fangirling all over the authors I love, hopefully inside my skin and not all over my face.

Are you a reader first, or a writer? If you were going to BEA, what authors would you want to see?

Here's the sneak peak again from over at Jenna Does Books (thank you, Jen!)

What BEA books are you dying to get your hands on?

YA Book Giveaway This Week

You'll notice there's no book cover here and no description here this week. That's because of the question I asked above. What do YOU want from BEA?

Tell me in the comments and fill out the rafflecopter, and you might just get it. Or you might get something else that's fabulous. I'm going to try to bring back some amazing goodies! 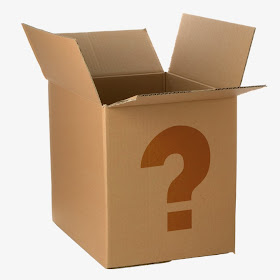 And don't forget my FOUR Pick ANY YA Novel giveaways this month. They'll be ending on Saturday, and entering any (or all) of them will also give you an automatic entry for the May Grand Prize giveaway, which is a hardcover set of THE ARCHIVED and THE UNBOUND signed by Victoria Schwab, plus a key necklace, and a signed ARC of Compulsion.

Also, there's an interview with me and a giveaway of Ally Carter's DON'T JUDGE A GIRL BY HER COVER over at The Perspective of a Drama Queen.

I don't want to do a ton of giveaways or interviews -- although I'd love to! -- but I definitely also want to give a hand to some up and coming blogs as well as some of the more established ones. If you'd like to host a Pick ANY YA Novel giveaway, stop by my website and let me know.

For more giveaways, sign up for the newsletter, and if you've read Compulsion already and want to join the street team, check here. There's lots going on behind the scenes. : ) And if you need a little help, here's a great post about stress and creativity from LitReactor.