Stacey Kade is the author of the absolutely wonderful THE GHOST AND THE GOTH series which I absolutely LOVE! The second book in her PROJECT PAPER DOLLS series comes out April 22nd and is called THE HUNT. Don't forget to add this one to your shelves as the riveting sequel to THE RULES.

Rocking The Boat by Stacey Kade

To share with you the most recent lesson I've learned as a writer, I have to first share some advice someone else gave me and a certain amount of embarrassing naiveté on my part. :) So, bear with me.

When I first started writing, years before I was published, someone told me to choose very carefully what genre/type of book I wanted to write as I'd likely be writing that a long time, if I were fortunate enough to be published. Publishers want you to build an audience of loyal readers and develop a reputation as a specific kind of writer. Romance, mystery, spine-tingling horror, what have you. Because of that, you need to pick a single genre/area that you're passionate about and focus on that. DON'T worry about what's popular now; don't attempt to write to the market. Oh, and make sure you have plenty of story ideas in your chosen genre; you can't be bouncing from mystery to contemporary romance to science fiction, from book to book.

This sounded like good advice (and it was...to an extent), so I did as instructed. I've always loved all things paranormal/sci-fi/strange. It was an easy decision. The paranormal umbrella gave me access to all sorts of stories: time travel, ghosts, sentient cell phones. You know, the usual. ;)

I did everything to be the best author I could be. I did NOT want to rock this amazing boat that I'd finally gotten into. I'd worked so hard to get to this point. I was thrilled to be doing the job I loved and writing the types of stories that had always fascinated me as a kid.

This takes us up to the last year or so. I'd finished writing a draft of the last book in my second series, and I wanted to get started on something new. I had what I thought was a fun take on familiar idea that easily fit under the paranormal umbrella, although in an area that hadn't been explored much.

I knew the market was changing. Paranormal continued to sell well in the stores, but publishers weren’t gobbling it up as they had been. They were now leaning more toward contemporary realistic fiction. But I knew there was no way paranormal would disappear completely, so I continued, stubbornly, foolishly, to follow that advice that I'd been given years ago.

Yeah. I know. It all seems very clear now, but at the time, I thought I was doing the right thing.

No one wanted my fun new take on this paranormal element...unless I could take the paranormal element out of it. (Which I couldn't without it falling apart.) They loved my writing, the characters, but not that thing that made it what it was.

I was devastated. I'd done all the right things. I'd picked my genre and stuck within it. I'd done my best to not rock the boat. And yet, here I was, suddenly taking on water.

After a few days (okay, weeks) of fretting, I took a step back and re-evaluated the situation. It was scary—terrifying, actually—but it was also an opportunity. Change is always an opportunity.   I had other story ideas, of course. I'd written them down in my journal, taking notes on everything I knew about the characters and the story, just to get them out of my head and onto paper. Several of those ideas would fit within the contemporary realistic fiction category.

So, I went back through my journals and found those ideas that I was most passionate about, the ones that repeatedly crept into my thoughts even once I'd written down the basics. I'd tried hard to banish those ideas, thinking I'd never get the chance to write them.

But now, here was my chance. So, I started developing a couple of them.   I was absolutely scared to death because it felt like re-inventing myself and what if I couldn't do it? I hadn't rewritten this kind of fiction since college. I didn't know what do without ghosts or aliens popping into the storyline. Plus, these stories were so dark, much darker than what I’d written before. They delved into emotional territory that frightened me.
But I made myself keep going. Eventually, just like always, the love for the characters and the story grew stronger than my fear. (The fear didn't go away. It never does. But that's a separate blog post.)

And I realized then: I'm a writer. Not a paranormal writer, not a contemporary writer, not a "things-blow-up-and-we-chase-the-bad-guys" writer. Just a writer. I'd gotten so hung up on that initial advice and identifying myself as a certain kind of writer that I almost missed the chance to tell these other stories that mean so much to me, stories that have been hanging around my brain for literally years. All because I'd gotten stubbornly fixed on being ONE thing. And because I was scared to try something new.

The market changes; publishing folks change; you, as a writer, will change. And change is important to keep growing as a writer.   It sounds very logical and basic, even. But I wish someone had told me that two years ago! So, that's why I'm telling you now: be open to change, be ready to rock the boat when the time is right...otherwise, someone or something else will rock it for you. 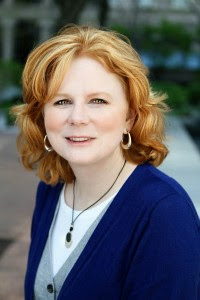 As an award-winning corporate copywriter, Stacey Kade has written about everything from backhoe loaders to breast pumps. But she prefers to make things up instead.

She lives in the Chicago suburbs with her husband, Greg, and two retired racing greyhounds, Tall Walker (Walker) and SheWearsThePants (Pansy). When she’s not reading or writing, you’ll likely find her parked in front of the television catching up on her favorite shows (Scandal, The Vampire Diaries, Almost Human, The Walking Dead, and Sherlock, among others.)

Stacey is the author of the The Ghost and the Goth trilogy (THE GHOST AND THE GOTH, QUEEN OF THE DEAD, and BODY & SOUL) and The Project Paper Doll Series (THE RULES and THE HUNT). 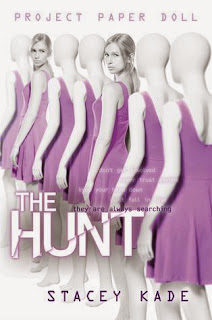 Ariane Tucker has finally escaped GTX, the research facility that created her. While on the run, Zane Bradshaw is the only person she can trust. He knows who-and what-she is and still wants to be part of her life.

But accepting Zane's help means putting him in danger.

Dr. Jacobs, head of GTX, is not the only one hunting for Ariane. Two rival corporations have their sights set on taking down their competition. Permanently. To protect Zane and herself, Ariane needs allies. She needs the other hybrids. The hybrids who are way more alien and a lot less human. Can Ariane win them over before they turn on her? Or will she be forced to choose sides, to decide who lives and who dies?