Cover Reveal for WISHES by Molly Cochran plus an Excerpt

We're so excited to reveal the cover of Molly Cochran's new Legacy novella WISHES, which releases on April 29th. While it does take place in the Legacy world, it can also stand alone. You can read more about WISHES and Molly below, and there's an excerpt at the bottom! Without further ado, here's her lovely cover. 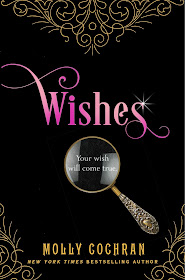 Eager to party, Katy Ainsworth and her friends go on a lighthearted "fairy hunting" expedition, expecting little more than a good time. But when Katy actually encounters one of these magical creatures (in the guise of a cynical, sarcastic teenager) who insists on granting her new master's every wish, Katy's world turns upside down until everything she knows seems to be tumbling in a terrifying and uncontrollable freefall. 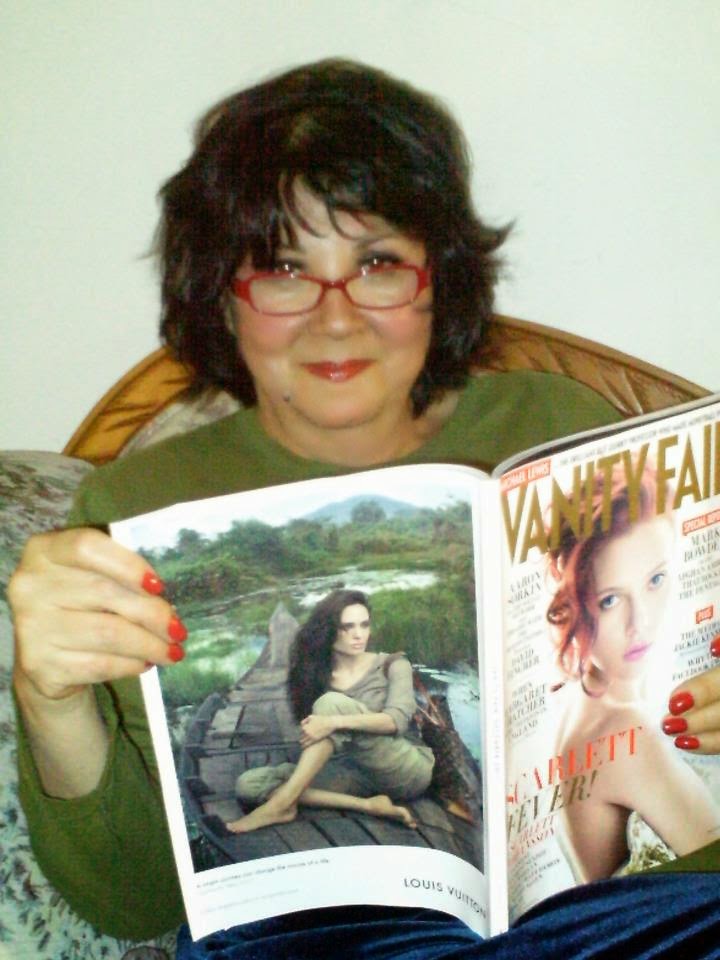 
When Katy wishes in a carnival fortune-telling booth that her unromantic boyfriend would become more demonstrative, she has no idea that her wish will come true . . . and that she’ll wish it hadn’t!

It was Mabel Bean’s fortune telling booth, which was a nice surprise, considering I could have picked the fake tattoo tent or the All Things Cammo booth. The place was cool and dark inside, and smelled like cookies. Mrs. Bean was dressed like a gypsy, with a headscarf and large hoop earrings, but she was still the soft, comforting presence she always was.

“Katy, dear!” she said as if she were simply delighted to see me. Mrs. Bean was always like that. It was what made her so nice to be around. “Please sit down. Would you care for a treat?” She held out one of her famous cookies.

“Er, thanks,” I said, sitting down uncertainly. I looked over my shoulder in case Peter was behind me, but of course he wasn’t. He’d probably been caught up with his phone call, and hadn’t given me another thought.

“These are great,” I mumbled, my mouth full.

Mrs. Bean was an empath, like my great-grandmother. She could literally feel my pain. I didn’t want to lay that on her, but I knew I couldn’t lie to an empath, so I said, “I don’t think so, Mrs. Bean. It’s just dumb stuff. Boyfriend stuff.”

“Ah,” she said. “But that’s not dumb stuff at all. The whole festival of Beltane celebrates love.”

“Yes, well . . .” I assumed a world-weary pose, draping my arm across the back of my chair. “Maybe love is overrated.”

She smiled. “Oh, no, Katy. Love is the most powerful force in the universe. But like all powerful forces, it can be destructive. Love can hurt.”

“I guess,” I said, feeling myself tearing up again. “But does it have to hurt so much?”

I lay my head on my arms across her wobbly little table, which gave way under my weight. A crystal ball that had been precariously balanced on a little rack rolled off. Mrs. Bean caught it before it hit the floor, but pulled off most of the tablecloth in the process, revealing a particleboard disk that had been set atop a milk crate and was now rolling away. The remains of my cookie went flying, too.

“Gee, I’m sorry,” I said, jumping up to help put things back in order again. In the process I hit Mrs. Bean with my elbow and accidentally pulled the scarf off her head. “Oh, God,” I said as I tripped over the milk crate and struck one of the poles that was holding up the tent. One side of it collapsed, trapping me under the canvas.

“Katy!” She finally pulled me out and held me like a baby in her chubby, comforting arms.

“Nonsense,” she cooed in the midst of the destruction and chaos I’d generated. “Jonathan will have everything fixed in a minute. Just calm down.”

I nodded, although that was just to be polite, because I’d wrecked her tent. I really didn’t feel as if I’d ever be fine again.

“Now,” she said, holding me at arm’s length and giving me a big dimpled smile, “tell me your wish.”

“What?” I wiped my nose with my sleeve.

She pointed to a cardboard sign behind what had been the table. It read Wishes $2.

I figured she wanted to get rid of me, and I couldn’t blame her. “World peace, “I muttered. “I wish for world peace.”

I felt my bottom lip trembling.

There, I’d said it. Childish, selfish, and silly as it was, that was what I really wanted more than
anything in the world. More than world peace.

“Now, doesn’t that feel better?” Mrs. Bean asked, dabbing my eyes with a handkerchief that smelled like baked goods.

Mrs. Bean and I both turned, startled, at the loud male voice. It was Peter.

He barreled toward us, kicking things out of his way. Then he threw his arms around me and kissed me passionately.

“Well,” Mrs. Bean said with some embarrassment, “it seems your wish has come true.”
I couldn’t answer because Peter’s lips felt as if they were glued onto mine. I tried to push him away, but he wouldn’t stop. “Good heavens, Peter,” Mrs. Bean said at last. “Some restraint may be in order here.”

“Well, all right.” Mrs. Bean looked uncertain. “But do you think you could demonstrate your affection elsewhere? I have customers waiting.” She steered Peter out of the tent, with me draped over his arm like a coat. “And perhaps you might tell Jonathan about the, ah, damage . . .”

As soon as we were outside, Peter bent me backward until I was nearly horizontal and kissed me again, his fingers clutching my hair.

“Oh, never mind,” Mrs. Bean said, trotting past us and waving to my family, who were all still nearby. “Jonathan!” she trilled, waving to the carnival hanyman. “I need some help with my tent!”
Jonathan strode over with his toolbox, glancing at Peter and me curiously as he entered Mrs. Bean’s tent. By this time Peter had released me from his embrace, but I knew I probably looked very weird, with wild hair and lipstick smeared all over my mouth, just like Peter’s. I could see my great-grandmother staring, horrified, at the two of us.


End of Excerpt
WISHES will be available for $1.99 at all e-retailers beginning April 29
Jan Lewis at 6:00 AM