Inspired Openings: Start With The Action by S.E. Green Plus A MAJOR Giveaway!

S.E. Green is sure to know what she's talking about when she says start with the action. Her debut thriller KILLER INSTINCT sounds deliciously creepy and full of the unexpected. It's not due out till May but it'll be worth the wait!

Start With the Action!


There are some things I’ve had to learn the hard way. Writing Chapter One is one of those things. The advice I’m offering today is primarily the “learn from my mistake” type. When I first started writing, my critique partner would inevitably cross through the first three chapters of anything I wrote. “Too much backstory!” she’d say.

Eventually that became the first two chapters. “Start with the action!” she’d remind me. Ugh. I wanted to poke her eyes out. BUT she was completely correct. The books that I’ve enjoyed, that have pulled me in from the beginning, start with the action.

Look at the beginning of The Hunger Games. The first chapter includes the reaping. Bam that’s what I’m talking about!

Meg Cabot is another author that does a great job with beginnings. Have you read Abandon? “Once, I died.” What? Tell me more!

That’s exactly the reaction I want readers to have when they start Killer Instinct. “I study serial killers…”

When I write I purposefully write a first chapter that I know I’m going to toss out. This helps me with backstory and preparation that I need as the writer but I know my readers do not necessarily need.

Many authors outline, others are seat-of-the-pants writers. I am a first-chapter-warm-up-to-be-deleted writer. :-)

Of course all first chapters come with that initial spark of an idea. For me it was my love of the show Dexter. I used to watch it and think, what would Dexter have been like as a teen and also a girl? Hence was born, Killer Instinct. 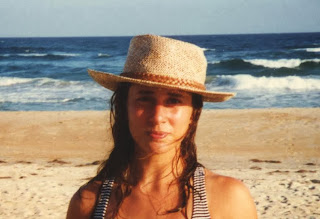 S. E. Green or Shannon Greenland is the author of the award winning Middle Grade spy series, The Specialists, which was an ALA top pick and a National Reader’s Choice Recipient. Killer Instinct marks her debut into the world of thrillers. It’s due out in hardcover 5.6.14 under her pseudonym, S. E. Green. Shannon is an adjunct professor and an avid adventurer. She can be found mostly in Florida where she’s outside enjoying all the Sunshine State has to offer. 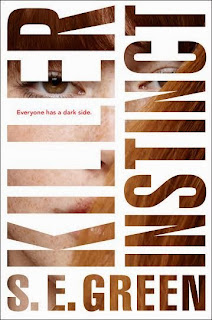 Lane channels her dark impulses by hunting criminals—delivering justice when the law fails. The vigilantism stops shy of murder. But with each visceral rush the line of self-control blurs.
And then a young preschool teacher goes missing. Only to return... in parts.
When Lane excitedly gets involved in the hunt for “the Decapitator,” the vicious serial murderer that has come to her hometown, she gets dangerously caught up in a web of lies about her birth dad and her own dark past. And once the Decapitator contacts Lane directly, Lane knows she is no longer invisible or safe. Now she needs to use her unique talents to find the true killer’s identity before she—or someone she loves—becomes the next victim..


And now, Shannon has very graciously offered up and AMAZING giveaway for all of you lucky followers! Fill out the rafflecopter below for your chance to win!