We're all excited here at Adventures today to offer up a post from one of Martina's favorite authors. Not only is Philippa Gregory the author of The Other Boleyn Girl, which was made into a TV drama, and a major film, as well as many other books, she is also a humanitarian who has made an enormous different to countless generations by supporting the education of children in west Africa.

There's Room for All by Philippa Gregory


I had a meteoric start to my career when my first novel was won by the publishers Penguin in an auction and was sold simultaneously in the US. All at once my novel Wideacre went world-wide. I was quite stunned by this sudden change in my fortunes and when the publishers told me they wanted a three-book contract I realised that I had a new career as well.

I was, frankly, frightened and dazzled in equal measures when I went to a publisher's party and was introduced to the writer Leslie Thomas. His books are not read very much now but at the time he was at the top of his genre, writing high quality, very popular commercial fiction. The books of his that I liked best were his wry satires on modern life like Tropic of Ruislip. He took me to one side, told me that he had heard of my success, and he congratulated me.

He said, 'There's room for all of us', and the world of best-selling fiction, which sometimes can seem very jealous and competitive, suddenly became welcoming and warm. In turn, it's how I behave to all aspiring writers. There are many, many readers and there is, indeed, room for all of us.

A note from Martina

The whole purpose of these WOW Wednesday posts is for established authors to pass along their wisdom and best advice to aspiring writers, so for me, the advice that Philippa Gregory just shared epitomizes everything I hope to achieve here.

One writer's success doesn't take away from anyone else. Not in the most important sense of why we write.

It's always tempting to compare ourselves to other writers. To compare our voices, our books, our careers. We can so easily cripple ourselves by looking at what we don't have — the instant request when querying, the instant book deal, the instant bestseller. But if we write the book we want to write, whether we reach one reader or a million readers, we have still reached someone.

The world of books is an enormous table, a feast. And as Philippa Gregory points out, it's marvelous that there is something at the table for everyone. 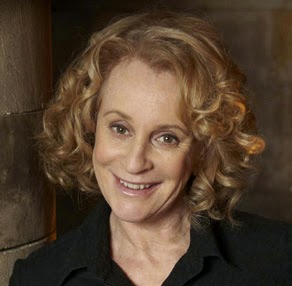 Philippa Gregory was an established historian and writer when she discovered her interest in the Tudor period and wrote the novel The Other Boleyn Girl which was made into a TV drama, and a major film. Now, six novels later, she is looking at the family that preceded the Tudors: the magnificent Plantaganets, a family of complex rivalries, loves, and hatreds. She lives with her family on a small farm in Yorkshire where she keeps horses, hens and ducks. Her other great interest is the charity that she founded nearly twenty years ago: Gardens for The Gambia. She has raised funds and paid for almost 200 in the primary schools of this very dry and poor African country, and thousands of school children have been able to learn market gardening in the school gardens watered by the wells. A past student of Sussex university, and a PhD and Alumna of the Year 2009 of Edinburgh university, her love for history and commitment to historical accuracy are the hallmarks of her writing. She also reviews for the Washington Post, the LA Times, and for UK newspapers, and is a regular broadcaster on television, radio, and webcasts from her website, philippagregory.com. 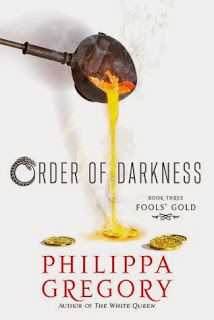 All that glitters may well be gold in the third book in the Order of Darkness quartet filled with intrigue, mystery, and romance, from #1 New York Times bestselling author Philippa Gregory.
Tasked to expose a coin counterfeiting scheme, Luca and Isolde travel to Venice just in time for Carnival. Amid the masks, parties, and excitement, the romantic attraction between the two reaches a new intensity that neither can deny.

Their romance is interrupted by the arrival of the alchemist, who may be the con artist they’ve been looking for. But as Luca starts to investigate the original charge, the alchemist reveals his true goal—he plans to create the Philosopher’s Stone, a mystical substance said to be capable of turning base metals into gold and producing the elixir of life.

With pounds of undocumented gold coins and an assistant who claims to be decades older than she appears, all evidence points to the possibility that the alchemist has succeeded in his task. But as Luca and Isolde get closer to the truth, they discover that reality may be more sinister than they ever could have imagined.

To enter, complete the Rafflecopter form below. And be sure to enter the Friday giveaway as well, where we're giving away two more sets!