Wish I'd Written by Katherine Longshore

I’ve never really been the sort of person to say that I wish I’d written a book I’ve fallen in love with, but I do love to stand open-mouthed in admiration and call others over to take a look—much in the manner of someone viewing a full double-rainbow or sky-encompassing sunset. There is magic in a great book that rivals those moments of utter chance and beauty—a magic that begs to be shared. So in that spirit, I want to call you over to gape at these recently-published and soon-to-be-published marvels:

A Mad, Wicked Folly by Sharon Biggs Waller (January 22, Viking). Set in a familiar time period (Edwardian England), this novel covers a different aspect of society from mine (MANOR OF SECRETS). Vicky is an artist, a suffragette, a free-spirit and an inspiration. I loved this intimate peek into the lives of women who changed the world as much as I loved the romance with the delightful London bobby, William. The characters are dynamic and well-drawn, the plot believable and the historical world rich with detail.

Into the Still Blue by Veronica Rossi (January 28, Harper Collins). This last installment of the UNDER THE NEVER SKY trilogy spins the final threads of the gorgeously written and epically fraught story of Aria and Perry (and one of my favorite fictional characters ever, Roar). In a world doomed to be destroyed by the sky above it—if not by their own communities first—these characters struggle to find and create peace while navigating the impossible politics and petty vendettas of others. Rossi brings this series to an irresistible conclusion.

The Sound of Letting Go by Stasia Ward Kehoe (February 6, Viking). I am in awe of anyone who can write poetry. And someone who can write an entire novel in verse? Amazing. Not only that, but Kehoe has created a story layered with love and romance and conflict and pain. The story of a girl (Daisy) who turns to music for solace until events propel her to question her motivations, her loyalties and her desires. Beautifully written and masterfully crafted.

Lady Thief by A.C. Gaughen (February 11, Bloomsbury/Walker). In her second book, Gaughen has brought back one of the most incredible heroines in YA fiction. Scarlet (aka Will Scarlet, aka Marian) has her work cut out for her trying to act like a lady, navigating the royal court, getting to know Eleanor of Aquitaine, fending off Guy Gisbourne, saving the people of Nottingham from starvation and dealing with Robin Hood’s apparent insanity. Written in a distinctive and utterly compelling voice, this is already one of my favorite books this year. 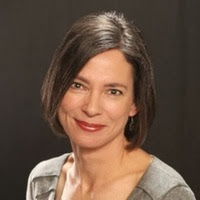 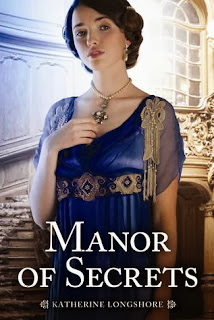 Lady Charlotte Edmonds: Beautiful, wealthy, and sheltered, Charlotte feels suffocated by the strictures of upper-crust society. She longs to see the world beyond The Manor, to seek out high adventure. And most of all, romance.

Janie Seward: Fiery, hardworking, and clever, Janie knows she can be more than just a kitchen maid. But she isn't sure she possesses the courage -- or the means -- to break free and follow her passions.

Both Charlotte and Janie are ready for change. As their paths overlap in the gilded hallways and dark corridors of The Manor, rules are broken and secrets are revealed. Secrets that will alter the course of their lives. . . forever.