So things are getting exciting with COMPULSION, which is the official new title, by the way. I've seen it on an actual book cover. (Which was gorgeous!) We're going to have a cover to reveal very soon, and there will be MASSIVE giveaways to celebrate, I promise. And even more exciting? ARCs should be ready by March 11th. How's THAT for crazy scary? I'm so excited to bring this book out into the world, and now that its getting closer, I'm also scared to death. I'm sure every author feels that way.

The official launch date for COMPULSION is also set for October 28th. Simon Pulse has wonderful--mind-bogglingly incredible--plans for this book. I can't wait to share with you. Very soon. 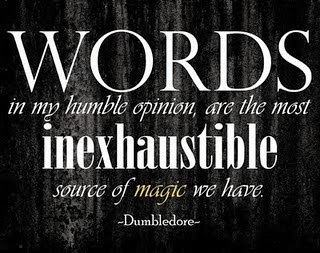 Sixteen-year-old Austin Szerba interweaves the story of his Polish legacy with the storyof how he and his best friend , Robby, brought about the end of humanity and the rise of an army of unstoppable, six-foot tall praying mantises in small-town Iowa.

To make matters worse, Austin's hormones are totally oblivious; they don't care that the world is in utter chaos: Austin is in love with his girlfriend, Shann, but remains confused about his sexual orientation. He's stewing in a self-professed constant state of maximum horniness, directed at both Robby and Shann. Ultimately, it's up to Austin to save the world and propagate the species in this sci-fright journey of survival, sex, and the complex realities of the human condition. Ten years ago, Calamity came. It was a burst in the sky that gave ordinary men and women extraordinary powers. The awed public started calling them Epics. I was excited to read this sequel after loving MADMAN’S DAUGHTER, and I wasn’t disappointed. The author delivers a well-crafted, beautifully written story with complex, deeply flawed (and often monstrous) characters, who nevertheless are believable and sympathetic. I love the fact that Juliet doesn’t always have the expected reactions, that she is allowed to be an individual and that the author takes the courageous route of letting her be less-likeable sometimes in the interest of being rounded and deep and layered. The mystery and the romance(s) — yes plural — and the way that we are pulled into one surprise after another kept me turning pages and loving every minute of the read. In 1930s Munich, danger lurks behind dark corners, and secrets are buried deep within the city. But Gretchen Müller, who grew up in the National Socialist Party under the wing of her "uncle" Dolf, has been shielded from that side of society ever since her father traded his life for Dolf's, and Gretchen is his favorite, his pet.

Uncle Dolf is none other than Adolf Hitler.

And Gretchen follows his every command.

Until she meets a fearless and handsome young Jewish reporter named Daniel Cohen. Gretchen should despise Daniel, yet she can't stop herself from listening to his story: that her father, the adored Nazi martyr, was actually murdered by an unknown comrade. She also can't help the fierce attraction brewing between them, despite everything she's been taught to believe about Jews.

As Gretchen investigates the very people she's always considered friends, she must decide where her loyalties lie. Will she choose the safety of her former life as a Nazi darling, or will she dare to dig up the truth—even if it could get her and Daniel killed?

From debut author Anne Blankman comes this harrowing and evocative story about an ordinary girl faced with the extraordinary decision to give up everything she's ever believed . . . and to trust her own heart instead.

This book is a beautiful thing. It takes the easy, almost cliché Hitler character we’ve all come to know and makes him more personal and more chilling, while simultaneously showing us how easy it was to want to believe the horror of his viewpoint. Every character in this book feels true and complete, and each story within the story from the romance to the mystery and the shifting relationships between the characters feels effortlessly interwoven, flawlessly researched, and brilliantly executed. PRISONER OF NIGHT AND FOG is also beautifully written. Loved it. Can’t wait to read more from Anne! Maisie Danger Brown just wanted to get away from home for a bit, see something new. She never intended to fall in love. And she never imagined stumbling into a frightening plot that kills her friends and just might kill her, too. A plot that is already changing life on Earth as we know it. There's no going back. She is the only thing standing between danger and annihilation.

I don't normally read SciFi, but something about the description for Dangerous sucked me in. And I was not disappointed at all. First of all, the heroine's middle name is Danger. Now normally this would bug me, but Maisie Danger Brown is a strong, smart, and witty character. Oh, and did I mention that she only has one arm? So yeah, after finishing the book, I LOVE that her middle name is Danger. The plot is fast-paced and full of unexpected twists and turns. This was a quick and very satisfying read. She shouldn't be waking up her college roommate with screaming nightmares. She shouldn't be flashing back, reliving the three weeks of hell she barely survived last year. And she definitely shouldn't be spending time with sexy player Marcus Reid.

But engineering student Marcus is the only one keeping Amber from failing her math course, so she grudgingly lets him into her life. She never expects the king of hookups will share his painful past. Or that she'll tell him her secrets in return, opening up and trusting him in a way she thought she'd never be able to again.

I have a huge interest in books that deal with the way individuals overcome trauma. Both the hero and the heroine in TELL ME WHEN survived horrific ordeals, and I loved reading how they help each other heal as they slowly reveal their secrets and deal with the tragedies of their past. Marcus is an ideal hero--wounded, tough, and tender, and Amber is so brave.


The Vampire Academy movie came out yesterday! Who's going to see it this weekend? Here's the trailer, just in case you haven't seen it.


Ciel Rouge posted a great list of 2014 YA Books by People of Color, along with this graphic of the covers. 
Why Your Protagonist Might Not Always Be Your Hero from K. M. Weiland.

Adventures in YA Publishing at 1:46 AM