Michelle Sagara is a household name in fantasy- both adult and happily to a lot of readers, now YA. Michelle has been writing for years and her insight and tips are beyond helpful. Please excuse the silly title, it was all me (Alyssa), but when I was reading Michelle's awesome post, it's what popped up into my head. We are so thrilled to have Michelle on the blog today to help her celebrate the release of TOUCH, the second book in The Queen Of The Dead trilogy!

In time, I learned about printing presses and publishers. In time I learned that authors did not, in fact, pen every single page of every single book that bore their name. I still wrote. But I was afraid to show anyone else my writing, because I was afraid it was no good.   I loved to write. I wrote on an old IBM selectric. I typed single-space, on both sides of each sheet, with almost no margins anywhere, because paper was precious.

When I had no intent to publish, writing was an act of imagination and daydream; it was an escape, a private activity.   But eventually, eventually, I decided that I wanted to write for other people. Because I loved books. I loved reading. I found solace, escape, freedom, thought, in the pages of books. And I wanted to be part of that. I wanted to write books that moved other readers the way I had always been moved.   Which meant: I had to write something Good Enough for All The Readers.   (Hint: that’s not possible. No matter how brilliant you are, you will never, ever write a book that is good enough for All The Readers. Someone, somewhere, will find your brilliance boring or insipid or ugly. But someone, somewhere, will find it exciting, moving, visceral.)

I started to write. I loved the idea. I got maybe 25k words into it…and realized that it was No Good. But I had another idea. And I set aside the No Good idea, and worked on the new one instead, because it was better. Except…I got about 25k into that one, and realized it was also No Good.   I could have spent decades doing exactly that. I could be doing that right now. Why? Because I’ve never written a book that didn’t fill me, at different times during its writing, with doubt. Not a single book. Meeting other writers, talking to them about their process, I came to understand that this is something that every writer wrestles with.  To become a writer, to become a published writer, I had to learn to write through the doubt. I had to push through the certain sense that no one would like this book. I had to understand that the doubt itself was—and is—part of the process of writing a novel. Any novel.

So: if you have doubts about the book itself: it’s natural, and you have to learn to work either with it, or around it- I’m proof that you can. 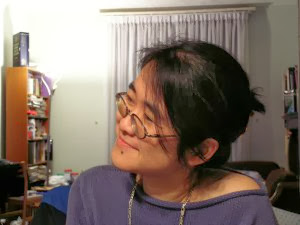 She lives in Toronto with her long-suffering husband and her two children, and to her regret has no dogs.

Reading is one of her life-long passions, and she is sometimes paid for her opinions about what she’s read by the venerable Magazine of Fantasy and Science Fiction. No matter how many bookshelves she buys, there is Never Enough Shelf space. Ever. 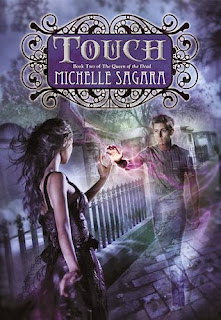 Nathan died the summer before his final year in high school. But he wakes in his room—or in the shrine of his room his mother’s made—confused, cold, and unable to interact with anyone or anything he sees. The only clear memory he has is a dream of a shining city and its glorious queen, but the dream fades, until he once again meets his girlfriend Emma by the side of his own grave.

Nathan wants life. He wants Emma. But, even if Emma can deliver what he desires, the cost may be too high to pay...