WOW Wednesday: Lessons From A Debut Year by Megan Shepherd

Megan Shepherd became a household name in YA this previous year when her debut, THE MADMAN'S DAUGHTER, blew readers out of their seats with the gorgeous writing, gothic setting, and beautiful retelling of The Island of Dr. Moreau. With the sequel coming out later this month, we are SO beyond excited to have Megan on the blog with us again today!


Lessons From A Debut Year by Megan Shepherd


As I’m preparing for the launch of the second book in The Madman’s Daughter series, I can’t help but reflect back over the last twelve months. 2013 was my debut year, and after years of hard work, rejection, editing, more rejection, and more hard work, my book was finally on shelves. As great as it was, it’s hard to know what you’re going into on the eve of your debut year, even if you’ve seen other authors go through it. It’s always different when it happens to you. There are lots of ups, but there are some downs too. Here is my guide to sanity for debut authors.

THIS IS ONLY THE BEGINNING

If you’re like me, you worked so hard as an aspiring author that getting published feels like the blessed end of your journey. Well, it’s not. It’s just the beginning of a new journey, one fraught with even more perils. Instead of competing with other aspiring writers, now you’re competing with other published authors, many of which are more successful, smarter, and better at marketing than you are. Agents and editors often forget how little debut authors know about the process, so get used to feeling like a deer in the headlights. It’s okay. You’ll learn, but you’ll also feel like you’re back at Square One.

THINK OF IT AS LAUNCHING YOUR CAREER, NOT JUST ONE BOOK

It’s easy to have a lot of high expectations for your first book—after all, you poured years of your life into it and now it’s finally going to pay off, right? It is an incredibly exciting time where you get to meet fans, sign books, answer interviews, and maybe even see your book on shelves. But don't pin all your hopes on this single book. Even if readers adore it, they tend to move on to the next book pretty quickly. You might feel left behind as more and more great books come out after yours. A single book won’t make or break your career (unless you’re Stephanie Meyer maybe). Careers have to build. It’s a marathon, not a sprint.

As wonderful as it was to hold my book in my hands for the first time, I think the best part of my debut year was connecting with other authors, readers, editors, and booksellers. I hate the term “networking” because it makes me think of Wall Street guys in slick 80’s suits, but that’s what will save your sanity—networking. Reach out to other authors, especially other debuts but also established authors and aspiring authors. You’ll be amazed by how similar your experiences are. These are the people you can ask embarrassing questions about publishing, share disappointing news with, learn what works and what doesn’t, discuss trends, or just hang out with and de-stress a little. Author friends are worth their weight in gold. Also, most of them are super nice people.

I always thought authors were lying when they said they didn’t read their reviews. Now, I get it, and I don’t read them either unless it’s a good one my mom forwards to me. The urge goes away eventually. But at the beginning, you probably won’t be able to resist reading them. Some readers will adore your book. Some will hate it. Some will say “meh,” which for some reason is almost worse. Some blogger or some reviewer somewhere will tear it apart—that has happened to every single author I know. Resist the urge to respond directly or indirectly, even for something seemingly valid like they’ve got their facts wrong or they’ve given away spoilers. Fair or not, it is NEVER going to work out in your favor. NEVER. Just accept this and move on with your life.

REMEMBER THERE IS LIFE BEYOND BOOKS

On the topic of moving on with your life, there IS life outside of the literary world. For example, can you believe that lots of people don’t even like reading?! Or have never even been in a bookstore?! It’s true! Your debut year will be so consumed with joining book conversations on Twitter, writing future books, and obsessing over reviews and sales numbers, that you forget there are such things in the world as: spouses, children, fresh air, hiking trails, real pants, wars happening places, hockey, and political elections. Don’t forget about these things. Writing is more than a punch-in punch-out job, but it’s not your entire life. Try to maintain balance, and you’ll be much happier. 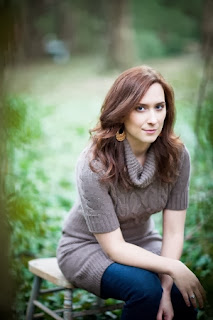 Megan Shepherd was "born" into the book world, growing up in her parents' independent bookstore in Western North Carolina. She is the author of THE MADMAN'S DAUGHTER trilogy (Balzer+Bray/2013), and THE CAGE trilogy (Balzer+Bray/2015). When Megan is not writing, she can usually be found horseback riding, day dreaming at coffee shops, or hiking in the beautiful Blue Ridge mountains. She is represented by Josh Adams at Adams Literary. 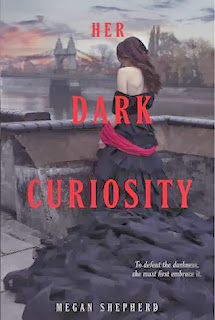