Craft of Writing: Edit Without Mercy by LA Weatherly

L.A Weatherly is the author of the immensely popular Angel series, the final book of which came out at the end of the summer. Lee is here today to talk about something that is so incredibly important to writers, that everyone should be reading this post. Please welcome the lovely and talented L.A Weatherly!


Edit Without Mercy by L.A Weatherly


I’ve taught writing for years and have mentored a score of promising young writers. Gratifyingly, many have gone on to get published – one, the super-talented Caroline Green, even beat me out on a major award we were both shortlisted for. (Obviously, that’s because I taught her so well!)

Once a teenage writer showed me some prose by a friend of hers and asked which of them – herself or her friend – I thought more likely to get published. I declined to answer; pure talent has little to do with possible publication. As an indicator on its own, it’s almost meaningless.

Well, yes and no.

Of course talent matters. If you have no aptitude for putting words on the page – no sense of their music, no knack for characterisation, no emotional drive to your stories – then you’re unlikely to see your work on the shelves.

But you can also have all the talent in the world and it might not make any difference. I’ve worked with writers who I felt had immense promise, yet nothing came of it. One in particular comes to mind. Let’s call her Karen.

Years before such a thing became popular, Karen wrote a dystopian YA novel. Her writing was tough, gritty and hauntingly poetic. She painted pictures in my mind that linger there still in all their disturbing beauty. I’ve rarely been so excited to read someone’s first draft.

Yet there were issues. The plot meandered. The main character felt unformed. Story events seemed to occur in a vacuum, unconnected to anything else. In short, the manuscript needed a good structural overhaul.

Well, no one enjoys a structural rewrite. It’s hard, frustrating work to dismantle your story and rebuild it. But sometimes it’s vital. Unfortunately, Karen had zero desire to return to a story she’d already written. She gave it a half-hearted effort, but it became clear that crafting her raw material wasn’t something she was willing to do.

Eventually we parted company – on good terms, but with much regret on my side; it was frustrating to see such talent left unformed and unrealised. To Karen, writing was solely about that initial buzz of first-draft creation. Rolling up her sleeves and wading into the hard slog of making it better just wasn’t worth it to her.

That’s her right, of course, and I’m not faulting her for it. But if she wanted to be published – and she did – it was extremely self-defeating. (As far as I know, she’s still unpublished.)

In contrast, another former student of mine – let’s call him Ted – did not, in my opinion, have anywhere near Karen’s raw talent. But he had steely determination. He took what talent he had and ran with it. He slaved and honed and put the time in. He was never satisfied with his first efforts and became the best writer he could possibly be.

Which, in time, was pretty damn good.

You can see where this is heading. Yep, Ted is now published. His first YA novel hit the shelves with a splash and netted him an extremely lucrative UK/US deal. Film companies are sniffing around with interest.

These are true examples, I promise. And they’re why I would never speculate on someone’s likelihood of publication from talent alone. Determination – a writer’s willingness to work hard and master her craft – is far more indicative.

Largely, this means learning how to self-edit your work.

I saw a quote on Twitter today that fits well here:

“Write without fear
Edit without mercy”

Your first draft should be unafraid. Personally, I’m a planner, but you don’t have to be; I know published authors who aren’t. The important thing is that you embrace the flow of creation and let the story and its characters live. Don’t judge at this point. Write until it’s done.

Once you have that first draft in place, set the story aside for a few weeks, then take off your writing-hat – with all its feathers and furbelows – and don your editing-hat instead. The hat your inner editor wears is stark. No-nonsense. Maybe a fedora.

The key to self-editing is to be able to read your work as if it were written by someone else. This takes practice, but in time you’ll be able to swap hats immediately after you’ve written a passage and see where its problems lie.

Some of the most common issues you’ll find overall are writing that’s ‘told, not shown’, plot problems, characters you don’t connect with and faulty pacing. I’ll focus briefly here on my own main bugaboo: overwriting, which can make a story drag.

Want a quick example? Here’s the above paragraph, prior to my editing it:

“There are, of course, dozens of writing issues that may be picked up and improved by self-editing. Some of the most common ones are passages that feel flat – ‘told, not shown’; plot issues – both structural and conceptual; characters we don’t connect with; and pacing that either drags or feels too fast. (Yes, it’s possible to have a book that reads too quickly!) It’s impossible to address all of these issues in one blog post, so I’ll focus on my own personal writing-issue: overwriting, which of course then impacts on pacing, making it feel slow and draggy.”

See? I’m not kidding. I overwrite LOTS. That’s what first drafts are for; you can’t know what you want to say until you write it. But then you’d better go back and be ruthless.

Let’s look at this in more detail:

“There are, of course, dozens of writing issues that may be picked up and improved by self-editing.”

‘Of course’ is right: this sentence is so obvious that it’s unnecessary. The first thought that’s actually needed doesn’t come until the next line:

“Some of the most common ones are passages that feel flat – ‘told, not shown’; plot issues – both structural and conceptual; characters we don’t connect with; and pacing that either drags or feels too fast.”

Some important info, but wordy. So I trimmed both sentences and combined them:

“Some of the most common issues you’ll find overall are writing that’s ‘told, not shown’, plot problems, characters we don’t connect with and faulty pacing.”

Look also at the last line in the original passage:

“It’s impossible to address all of these issues in one blog post, so I’ll focus on my own personal writing-issue: overwriting, which of course then impacts on pacing, making it feel slow and draggy.”

Again: duh. You’re all intelligent people; I’m sure you can noodle out for yourselves that I have limited space here. And there’s that ‘of course’ again. I like saying ‘of course,’ but it rarely adds much. Finally: ‘slow and draggy’. Really? Slow AND draggy? They kind of mean the same thing, don’t they?

“I’ll focus briefly here on my own main bugaboo: overwriting, which can make a story drag.”

Perhaps your trimming-choices would have been different, and that’s fine; there’s no one right answer. Yet you can probably agree that the edits feel tighter and stronger. If a word or phrase isn’t pulling its weight – cut. If you repeat the same thing several ways – cut. If you’ve used three words where a single, different one would do – change.

For those who share the sin of overwriting with me, applying this type of rigour across an entire manuscript can produce near-miraculous results. Freed from dead weight, your words can take wing and fly.

Naturally, other issues require other solutions. Sometimes you need to get to know your characters better. Or read your work out loud to see how it flows. Or be honest with yourself that no, that plot-point really doesn’t work and your characters wouldn’t act that way. Sometimes it can help to have a friend read your work, and highlight places where you’re not seeing things. Then you rewrite, put the manuscript aside for a while again…and don the editing-hat once more.

The thing that I felt so tragically unable to impart to Karen is that once you get the hang of it, editing your work can be as deeply thrilling as that initial rush of creation. To me, there’s no greater joy than fine-tuning a first draft into something that will sweep readers off their feet. I’m sure I don’t always succeed, but the important thing is to constantly challenge yourself. Don’t be satisfied with your first attempt.

I don’t know whether Ted, my former student who’s now a full-time author, shares my love of self-editing, but you can be sure he’s mastered it. Because only a genius gets it right the first time, and that probably doesn’t describe any of us.

We’re just people with talent who need to shape it as best we can. 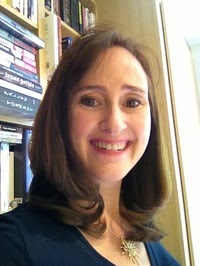 Lee Weatherly was born in 1967 and grew up in Little Rock, Arkansas, USA. She lives with her husband in Hampshire, England, where she writes, goes on walks, tries out new recipes and has a cat named Bernard. 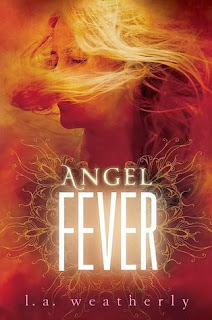