YA Pick and Mix 12/28 plus Awesome Giveaway from Simon Pulse!

This Week's YA Novel Giveaway

Simon Pulse, Martina's publisher, has very kindly given us a number of books to share with you. Between now and the first of the year, we will be doing a series of three great giveaways to celebrate the end of a great year and the start of a new one. Today's post includes a lot of great books from the past year. Just fill out the form below. We'll pick winners on the 16th of January and announce them on Saturday the 19th. When Bea meets Beck, she knows instantly that he’s her kind of crazy. Sweet, strong, kinda-messed-up Beck understands her like no one else can. He makes her feel almost normal. He makes her feel like she could fall in love again.

But despite her feelings for Beck, Bea can’t stop thinking about someone else: a guy who is gorgeous and magnetic... and has no idea Bea even exists. But Bea knows a lot about him. She spends a lot of time watching him. She has a journal full of notes. Some might even say she’s obsessed.

Bea tells herself she’s got it all under control. But this isn’t a choice, it’s a compulsion. The truth is, she’s breaking down...and she might end up breaking her own heart. Nikki’s life is far from perfect, but at least she has Dee. Her friends tell her that Dee is no good, but Nikki can’t imagine herself without him. He’s hot, he’s dangerous, he has her initials tattooed over his heart, and she loves him more than anything. There’s nothing Nikki wouldn’t do for Dee. Absolutely nothing.

So when Dee pulls Nikki into a crime—a crime that ends in murder—Nikki tells herself that it’s all for true love. Nothing can break them apart. Not the police. Not the arrest that lands Nikki in jail. Not even the investigators who want her to testify against him.

But what if Dee had motives that Nikki knew nothing about? Nikki’s love for Dee is supposed to be unconditional…but even true love has a limit. And Nikki just might have reached hers. Jules lives with her family above their restaurant, which means she smells like pizza most of the time and drives their double-meatball-shaped food truck to school. It’s not a recipe for popularity, but she can handle that.

What she can’t handle is the recurring vision that haunts her. Over and over, Jules sees a careening truck hit a building and explode...and nine body bags in the snow.

The vision is everywhere—on billboards, television screens, windows—and she’s the only one who sees it. And the more she sees it, the more she sees. The vision is giving her clues, and soon Jules knows what she has to do. Because now she can see the face in one of the body bags, and it’s someone she knows. Someone she has been in love with for as long as she can remember.

In this riveting start to a gripping trilogy from New York Times bestselling author Lisa McMann, Jules has to act—and act fast—to keep her vision from becoming reality. Just Like Fate by Suzanne Young and Cat Patrick

Caroline is at a crossroads. Her grandmother is sick, maybe dying. Like the rest of her family, Caroline's been at Gram's bedside since her stroke. With the pressure building, all Caroline wants to do is escape--both her family and the reality of Gram's failing health. So when Caroline's best friend offers to take her to a party one fateful Friday night, she must choose: stay by Gram's side, or go to the party and live her life.

The consequence of this one decision will split Caroline's fate into two separate paths--and she's about to live them both.

Friendships are tested and family drama hits an all-new high as Caroline attempts to rebuild old relationships, and even make a few new ones. If she stays, her longtime crush, Joel, might finally notice her, but if she goes, Chris, the charming college boy, might prove to be everything she's ever wanted.

Though there are two distinct ways for her fate to unfold, there is only one happy ending... Emma is tired of being good. Always the dutiful daughter to an overprotective father, she is the antithesis of her mother -- whose name her dad won't even say out loud. That's why meeting Siobhan is the best thing that ever happened to her...and the most dangerous. Because Siobhan is fun and alluring and experienced and lives on the edge. In other words, she's everything Emma is not.

And it may be more than Emma can handle.

Because as intoxicating as her secret life may be, when Emma begins to make her own decisions, Siobhan starts to unravel. It's more than just Dylan, the boy who comes between them. Their high-stakes pacts are spinning out of control. Elaborate lies become second nature. Loyalties and boundaries are blurred. And it all comes to a head at the infamous Afterparty, where debauchery rages and an intense, inescapable confrontation ends in a plummet from the rooftop...

This explosive, sexy, and harrowing follow-up to Ann Redisch Stampler's spectacular teen debut, Where It Began, reveals how those who know us best can hurt us most. The Book of Broken Hearts by Sarah Ockler

Jude has learned a lot from her older sisters, but the most important thing is this: The Vargas brothers are notorious heartbreakers. She’s seen the tears and disasters that dating a Vargas boy can cause, and she swore an oath—with candles and a contract and everything—to never have anything to do with one.

Now Jude is the only sister still living at home, and she’s spending the summer helping her ailing father restore his vintage motorcycle—which means hiring a mechanic to help out. Is it Jude’s fault he happens to be cute? And surprisingly sweet? And a Vargas?

Jude tells herself it’s strictly bike business with Emilio. Her sisters will never find out, and Jude can spot those flirty little Vargas tricks a mile away—no way would she fall for them. But Jude’s defenses are crumbling, and if history is destined to repeat itself, she’s speeding toward some serious heartbreak…unless her sisters were wrong?

Jude may have taken an oath, but she’s beginning to think that when it comes to love, some promises might be worth breaking.


Thought For the Week

2014 is coming up fast, which means books, books, books! Click HERE to see some of the most anticipated YA books coming out in January, according to Epic Reads.

With these ten book adaptations coming out next year, I can guarantee you I'll be spending a lot of time in the movie theater.

I stumbled upon this Simon and Baz fan art from Fangirl by Rainbow Rowell. I think one of the best parts about the internet is finding the stuff fans make about the books they read. It's so cool! 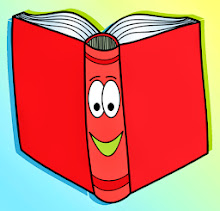 Adventures in YA Publishing at 5:00 AM