Wish I'd Written by Ilsa J. Bick (Author of the ASHES trilogy)

I always base my opinion on top-notch YAs on whether I’m struck through with the green envies. That happened when I tried to read Rick Yancey’s The Monstrumologist (http://www.rickyancey.com/books/the-monstrumologist), a Prinz Honor book, and justifiably so. I say “tried” because it took me three tries to get past my envy and settle into the story. Really, it’s that good.

Told in journal format (each journal’s called a “folio”), the series follows the journey of Will Henry, assistant to the monster-hunter, Dr. Pellinore Warthrop. It’s a really ingenious blend of memoir, psychological fiction, soft sf, and historical fiction, with a little something extra that only a few authors can do well: the self-referential conceit of inserting themselves into the story. Yancey’s not alone in doing this, of course; Clive Cussler jumps to mind, and Dan Simmons recently did the same for The Abominable. The conceit’s pretty simple and yet tough to pull off. I mean, how do you write yourself? Cussler, who started it as an in-joke, now does it to further his stories; that is, he shows up as a character when his protag (usually Dirk Pitt) needs, say, an expert opinion on something or a key piece of information. Sometimes you don’t even realize it’s Cussler until Pitt or another character makes some comment about how weird Cussler’s name is.

Yancey’s a bit more subtle, but the conceit is no less ingenious. He’s there right from the get-go: Rick Yancey showing up to give a book to a nursing home director who provided a key piece of information for Yancey’s real-life Alfred Kropp series. In return, the director shows Yancey several, really out-there journals left behind by a mysterious Will Henry, a nursing home resident who’s recently died and left behind no heirs or next of kin. During a bout of sustained writer’s block, Yancey gets so intrigued with the journals that he edits and then presents them to us as fact. This is a conceit he continues in subsequent books, and he does it well, without devolving into caricature and by allowing himself to develop as a character in the narrative, too. (Read on after the first book in the series, and you’ll see what I mean.)

What I also think is pretty intriguing is how much Yancey gets away with not stuffing his books with period detail. Having set the series in New England in the late 1880s and early 1890s (The Monstrumologist beings in 1889), and Yancey’s mastered a certain economy. He knows just how much he needs to insert for verisimilitude, and then doesn’t more than what’s required. The settings and details can sometimes be a little vague, but you never lose the sense that, yeah, you’re still in 1889; the characters and what they know, think, and do are certainly consistent with the age. (Only those of us into the scrimshaw of history or medicine would stumble over the very few errors—for example, while surgical gloves were invented in 1883, Dr. Warthrop wouldn’t have been using them six years later for a whole host of reasons.) But, like I said, if you don’t know that bit of history, it doesn’t make your eye trip; even if you do, you shrug and go on because the story’s good and Yancey knows what he’s doing.
Best of all, Yancey understands that all intimate books like this—and there’s nothing more intimate than a private journal—are about relationships. This is as much a coming-of-age narrative as anything else, and what Will Henry comes to understand over the course of this book (and then on through the series) is that, yes, there are monsters but not all are bizarre mythological creatures. Sometimes they were a human face, and—more often than not—we can find them if we only have the courage to take a good, long, hard look at that person in the mirror. 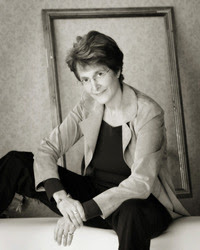 Among other things, I was an English major in college and so I know that I'm supposed to write things like, "Ilsa J. Bick is ." Except I hate writing about myself in the third person like I'm not in the room. Helloooo, I'm right here . . . So let's just say that I'm a child psychiatrist (yeah, you read that right)as well as a film scholar, surgeon wannabe (meaning I did an internship in surgery and LOVED it and maybe shoulda stuck), former Air Force major—and an award-winning, best-selling author of short stories, e-books, and novels. Believe me, no one is more shocked about this than I... unless you talk to my mother. 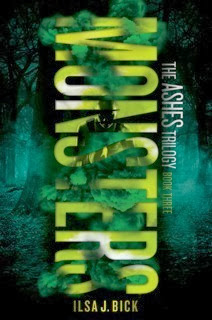 The Changed are on the move. The Spared are out of time. The End...is now.

When her parents died, Alex thought things couldn't get much worse-until the doctors found the monster in her head.

She headed into the wilderness as a good-bye, to leave everything behind. But then the end of the world happened, and Alex took the first step down a treacherous road of betrayal and terror and death.

Now, with no hope of rescue-on the brink of starvation in a winter that just won't quit-she discovers a new and horrifying truth.

The Change isn't over.
The Changed are still evolving.
And...they've had help.

With this final volume of The Ashes Trilogy, Ilsa J. Bick delivers a riveting, blockbuster finish, returning readers to a brutal, post-apocalyptic world where no one is safe and hope is in short supply.

A world where, from these ashes, the monsters may rise.