The December First Five Pages Workshop with mentor K.A. Barson will begin accepting submissions Saturday 11/30 at noon eastern time. Remember the workshop is first come, first serve, so check out the rules and get your submissions ready!  http://firstfivepagesworkshop.blogspot.com/p/workshop-rules.html 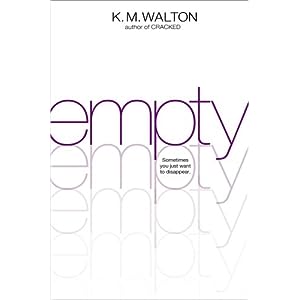 High school seniors Aria, Emily, Hanna, and Spencer have all done horrible things—things that would put them behind bars if anyone ever found out. And their stalker "A" knows everything.

So far A has kept their secrets, using them to torture the girls. But now A's changed the game. Suddenly the girls are hauled in for questioning, and all their worlds begin to unravel. If A's plan succeeds, Rosewood's pretty little liars will be locked away for good. . . . They're from two different worlds.

He lives in the estate house, and she spends most of her time in the stables helping her father train horses. In fact, Savannah has always been much more comfortable around horses than boys. Especially boys like Jack Goodwin--cocky, popular and completely out of her league. She knows the rules: no mixing between the staff and the Goodwin family. But Jack has no such boundaries.

With her dream of becoming a horse jockey, Savannah isn't exactly one to follow the rules either. She's not going to let someone tell her a girl isn't tough enough to race. Sure, it's dangerous. Then again, so is dating Jack. Love, power, and magic collide with war in the second book of the Falling Kingdoms series

Auranos has fallen and the three kingdoms--Auranos, Limeros, and Paelsia--are now united as one country called Mytica. But still, magic beckons, and with it the chance to rule not just Mytica, but the world...

When the evil King Gaius announces that a road is to be built into the Forbidden Mountains, formally linking all of Mytica together, he sets off a chain of events that will forever change the face of this land, forcing Cleo the dethroned princess, Magnus the reluctant heir, Lucia the haunted sorceress, and Jonas the desperate rebel to take steps they never could have imagined. New friend into old, the bond of the Sisterhood will never grow cold.

Life at Pemberly Brown is a whirlwind for Kate Lowry. Determined to finally destroy the secret society responsible for her best friend Grace's death, Kate joins the Sisterhood hoping to go all Trojan Horse on their asses. But the night of her initiation another student at Pemberly Brown dies in what looks like tragic accident.

Kate and her faithful ginger, Seth Allen, immediately uncover a connection to the boy's death and the secret societies that rule Pemberly Brown. But it's not until Kate begins receiving pages from Grace's old journal that she begins to piece together what really happened the night she died and how it connects to Pemberly Brown's most recent tragedy.

Meanwhile, Kate's ex-boyfriend Liam is following her around like an angry guard dog and she's falling hard for the mysterious Bradley Farrow. Both boys are tied up in the mystery that surrounds Pemberly Brown, but only one of them can truly be trusted.

In this chilling conclusion to The Liar Society series Kate will fight to save her school from the evil that lurks beneath its hallowed halls. But will her quest destroy her or finally lead her to true love? She can only hope her third lie's the charm.