Hello From YALLFEST 2013!
My YALLFEST trip started even before I sat down in the airplane with a lovely surprise. I sat (in the wrong seat, because that's how I roll) next to Cinda Williams Chima, and then ended up next to Rae Carson when I moved to my actual assigned seat. We had some lovely chit chat, and then I started going over the last notes my editor had sent. Fifteen minutes later, I realized, HOLY COW! -- I'm editing my book sitting next to Rae Carson. The keynote speaker I am going to see in two days. Whose books--did I mention?--I love, love, love? Total fangirl moment. I think I only managed to embarrass myself six or seven times on the two hour flight, a relatively low number for me, overall. But both authors were absolutely lovely, and I'm doing an interview with Cinda tomorrow. (Er, today, since it is now 2:00 a.m.)

Here's an embarrassingly blurry photo on the walkway off the plane. Why is it blurry? I'm sleep-deprived--that's my story and I'm sticking to it.

After arriving in Charleston, I met up with my lovely friend Carol, and we waited together for Kimberley Griffiths Little's flight to come in. The three of us checked into our hotel and schlepped back to the airport via the long cut (i.e., we got lost) to get Tracy Clark, whose luggage was stuck on a broken baggage carousel for an hour. By the time we finally got out of there, waited to get a table at a restaurant, and waited for our food, we were ready to eat our napkins or go fix sandwiches for ourselves in the kitchen. Back in the hotel, we worked on press releases and interview questions and strategy and gossip. The four of us are sharing a room, so you can imagine it's a bit hectic, but a ton of fun.

Today was spent picking up huge boxes of books for book signings, catching up with friends, exploring Charleston, and more running around than any set of feet should have to put up with--especially in heels. We ran into Tahereh Mafi and Ransom Riggs at the bookstore, and also went to a book signing to pick up our friend Jackie, so we got a chance to chat briefly with Veronica Rossi, Lauren Oliver, Melissa de La Cruz, Alexandra Bracken, and Carrie Ryan--who are all so gracious!

The sad part is that we didn't get to meet up with Jocelyn Rish and the big group of local Charleston writers I was looking forward to meeting. I get to have lunch with her on Tuesday, but I am still so sad to have missed that.

The real YALLFEST event starts tomorrow--er, later this morning. There are almost 50 authors here doing panels and signings, and I would love to have the event spread out over a week so that I could go to EVERYTHING. Since that's not going to happen, we spent tonight planning our schedule with military precision so we can hit as much as possible.

Interested in seeing who's here? Here's the link. And leave me a comment on this post and tell me whose signed books you most want to see here as a giveaway. I suspect I can find a way to make that work :).

Have a great weekend, everyone! 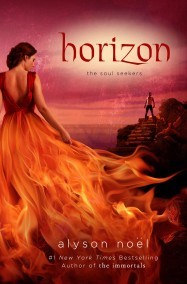 Fate has bound them together—and torn them apart. Now Daire and Dace face one final fight that will seal their destiny forever.
Daire Santos is the last of the Soul Seekers, and the only thing standing between the Richters and the destruction of everyone she loves. With her grandmother gone and Cade back in Enchantment, Daire must finally step into her destiny and lead the fight against the Richters. But what if that means sacrificing the person she loves most?
Bound to the Richters by blood, Dace struggles against the darkness growing inside him that threatens to claim Daire too. Though Daire refuses to give up on him, the choice may not be hers. An epic battle is on the horizon and the end of the world looms near. With such insurmountable odds stacked against them, is their love really enough to conquer all?

Way to make the choices impossible! Entertainment Weekly has created a poll to narrow down the best YA novel of all time. Here's Round One. I hope you have an easier time choosing than I did!

Did you know that 1/3 of high school graduates never read another book for the rest of their lives? I didn't either! Save the books! 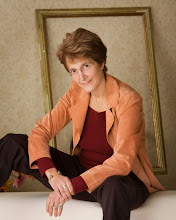 Martina and Jan from "Adventures in YA Publishing" 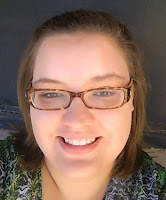 Note from Kate: I want to take a second to thank Martina and Jan for all they do. They work so hard day after day to keep this blog up and running, they do massive giveaways every week and ask for nothing in return, and they gave me this opportunity to work as an intern for them! I thought since Thanksgiving is coming up on us fast, this would be a great moment to let me say how thankful for them I am! Thanks, ladies! :)


Note from Martina: Awww, Kate, THANK YOU! I have to tell you though that WE are so lucky to have you!!!! And everyone, in case you missed the announcement a bit ago, Kate is no longer an intern but a full-blown and fantastic member of AYAP, as is Alyssa! We are SO thrilled to have them. Check out our About Us page for more information!

Note from Jan: This totally made me tear up. You're such a sweetheart, Kate. Thank you!

"The most valuable of all talents is that of never using two words when one will do."

Writing Quote For the Week

Adventures in YA Publishing at 2:13 AM