It's no secret that Julie Johnson is an incredibly well respected and talented author. The winner of multiple awards for both her first and second book, her latest book, LITTLE RED LIES, came out on September 10th. Were excited to have Julie on the blog today!

The best writing advice I can offer is something I’ve found useful in my own writing. It’s about making characters as real as you are yourself. You may have worked out the best and most suspenseful plot in the world, but if you don’t have vibrant characters who resonate with a reader, you might as well be writing an instruction manual for the care and operation of an electric toothbrush. This is one of the great things about writing fiction. You get to be a Doctor Frankenstein. You have the unique power of creating living, breathing characters who stay with the reader long after the book is finished.
I’ll let you in on a secret. In my first YA novel, I have a main character named Keely. She’s funny and self-centered and kind-hearted and stubborn and blunders through life making lots of mistakes along the way— sort of like me, especially when I was her age. About a year after it was published I did a reading from it to a school class made up of kids from four or five different ethnic backgrounds, all different from my own. After the reading, some of the kids came up to me and said, “I think you wrote your book about me. Keely is exactly like me.” The funny thing was, I thought I was kind of writing about myself. I learned two things, from that experience. The first was, that no matter what our backgrounds, we are all more alike than we are different. We share way more characteristics than we realize. The second thing I learned was, that for a book to be successful, its characters must be so like real people that they are almost able to step right off the page and into the life of a reader.
We’ve all been exposed to books or movies that are nearly all action with little or no character development.  You keep on compulsively reading or watching simply because you want to find out how it will turn out. Of course there are characters; someone has to make the plot work. But, they may well be simply bad guys and good guys. The action rises to a suspenseful climax and then it’s over and you find yourself saying “Huh?” By the time you reach the end, you discover that it really doesn’t matter all that much, the good guys win because they are on the side of good and the bad guys always lose because they’re bad. The reason you no longer care, is because there is no one especially to ponder. There is nothing to savour. To make a story memorable you need to attempt to answer these questions, What motivates my characters? What are they thinking?
You don’t have to explain your characters. Let them evolve. They are, after all, extensions of yourself. Even the bad guys. Even the merely annoying guys. You have experienced every emotion under the sun, certainly the uncomfortable ones such as jealousy, loathing, covetousness, sadness and self-dislike. These sorts of emotions can cause the petty day-to-day behaviour we’ve all indulged in from time to time. These same emotions can also be the catalyst for crimes. Of course, you’ve never killed anyone or willfully caused damage to others. You’ve never been an arsonist, a crook or a bully, but you have probably experienced the feelings that could lead in that direction. You can imagine why villains do the horrid things they do if you can relate to that basic emotion that erupted into fury or frenzy.
Similarly, you can imagine the joy you would experience if you were to win a huge award, or a multimillion dollar jackpot or found suddenly that the love of your life felt the same way about you. If you can translate your own smaller triumphs into something magnificent and if you can do the same with personal defeats and losses, you can create believable characters. All you have to do is to be a good observer.
Another important thing to remember is that there is no such thing as an average character. I once wrote a one-act play that was produced by a high school drama club. In the notes at the beginning I described one character as an average sixteen year old. The boy playing the role said, “I don’t know how to be average.” I had to do some last minute rewriting. I had to give him a ruling passion. The best way to give a character a ruling passion is to think deeply about yourself and what makes you tick. What makes you feel happy to be alive? What turns your stomach? What particular voice of authority makes you want to flout it? What kind of behaviour in others prevents you from warming to them, or encourages you to seek them out as friends? Your characters are you. They are also your readers.
Keep asking yourself, why. Why do the characters choose to perform the acts they do? Why do they lie? Why do they offer help? Why do they cheat, or conversely, why don’t they cheat? Why do they grieve, rejoice, love, hate, fear or hope?
Alexander Pope begins his Essay on Man, Epistle II, by writing:
Know then thyself, presume not God to scan
The proper study of mankind is man. 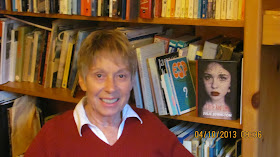 Julie Johnston grew up in a small town in eastern Ontario, then went to the University of Toronto to study physio and occupational therapy. Over the years, she published many short stories in several magazines, but not until an encouraging interview with a writer-in-residence at Trent University, did she begin work on a novel. Hero of Lesser Causes was completed (the first time) in 1986.

After many re-writes and several publishing delays, it was published to great acclaim in 1992, winning the Governor General's Literary Award / Children's Literature (for English text) that year. Julie Johnston's second novel, Adam and Eve and Pinch-Me, was also honoured with the Governor General's Literary Award, making her the first author to win the award for both her first and second books. 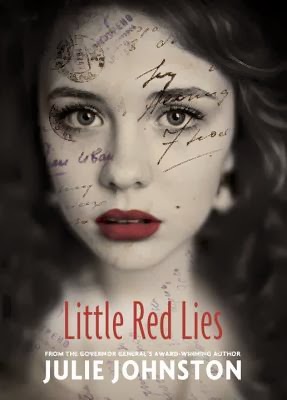 The war is over, but for thirteen-year-old Rachel, the battle has just begun. Putting childhood behind her, she knows what she wants - to prove she has acting talent worthy of the school drama club, and what she doesn't want - to romantically fall for someone completely inappropriate. Worries about her veteran brother's failing health and repugnance at her mother's unexpected and unwanted pregnancy drive her to seek solace from a seemingly sympathetic, but self-serving teacher. The lies she tells herself hoping to reach solutions to the problems complicating her life merely function to make matters worse. Ultimately, she finds a way to come to terms with life as it reaches an end and life as it begins.