So, I think most writers would say there are dozens of books we wish we’d written.  On days when my work feels too dark, I’ll wish I had written Good Omens by Neil Gaiman and Terry Pratchett.  Other times, I want to dig into some evocative and alien setting, so I’ll wish I had written The Poisonwood Bible by Barbara Kingsolver.  Then I’ll wish I’d written something so enchanting and delightful that millions of people would celebrate it, like they do JK Rowling’s beloved Harry Potter series.
But this month, there are two books I really, seriously, DEEPLY wish I’d written for All The Reasons.
Eleanor & Park by Rainbow Rowell

Everyone started talking about this book a few months ago and I stupidly shrugged it off.  Falling in love on a school bus?  I’ve been on a school bus.  I don’t think I’ll ever get that smell out of my head, and trust me it’s not an odor that leads to amorous thoughts.
Until now.
Rowell changed that.  I think she may have changed everything with this book.  Watching the cool and aloof Park slowly warm to the damaged, but enchanting Eleanor is an incredible journey and Rowell paints every step beautifully and carefully.
It’s a book with teeth, one just gritty enough to smack of reality, and one that should be required reading, in my opinion.  Really too good to be missed.

Dare You To by Katie McGarry
In my opinion, McGarry has captured everything amazing about the YA romance genre in her writing.  This book in particular, is fast, fun, and often left me wishing I could somehow read even faster, because I wanted so much to see how it all turned out.
McGarry’s characters, Ryan and Beth, are authentic and believable with as many flaws as strengths.  I think it’s the realism that she lends to the characters that make the sweeping romance so very affecting.  McGarry writes from both hero and heroine point of view, and she does it right.  Her boys sound like boys.  They think and see like boys, which really deepens the impact of Ryan’s point of view in the book. 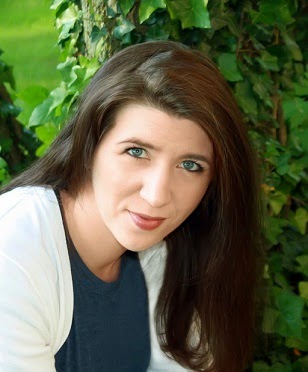 Double RWA Golden Heart Finalist Natalie D. Richards won her first writing competition in the second grade with her short story about Barbara Frances Bizzlefishes (who wouldn't dare do the dishes). After getting lost in maze of cubicles, Natalie found her way back to storytelling, following the genre of her heart, teen fiction. Natalie lives in Ohio with her amazing husband, their three children, and a giant dust-mop who swears he’s the family dog. 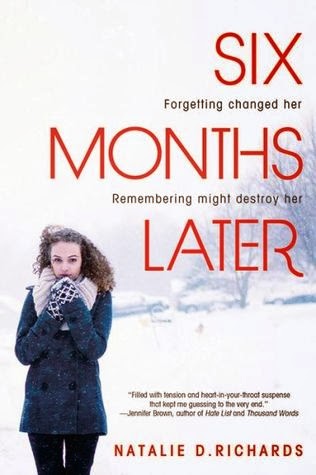 Chloe didn't think about it much when she nodded off in study hall on that sleepy summer day. But when she wakes up, snow is on the ground and she can't remember the last six months of her life. Before, she'd been a mediocre student. Now, she's on track for valedictorian and being recruited by Ivy League schools. Before, she never had a chance with super jock Blake. Now he's her boyfriend. Before, she and Maggie were inseparable. Now her best friend won't speak to her.

What happened to her?
And why can't she remember?