Wish I'd Written by Kat Zhang (Author of The Hybrid Chronicles)

EVERY DAY by David Levithan falls into the first camp. In fact, I still haven’t actually read the book because I think I’m still somewhat in a funk that I didn’t get to write about the idea first ;) No worries, I’ve heard it’s amazing and will definitely get around to it soon. But really, the idea of a person who wakes up in a new person’s body each day? Sounds like a horrifically difficult story to write, but also one that would be so amazing to be able to pull off. I was incredibly intrigued from the first time I heard it.

Recently, I read PERFECT RUIN, and that falls into camp number 2. I’m a fan of Lauren DeStefano’s Chemical Garden Trilogy, but PERFECT RUIN was even better, in my opinion. There was such an airy, but confident feel in everything from the story structure, to the character building, to the writing itself. The sentences made me want to crawl inside them and live there. Plus, it’s set on a floating island in the air, and the characters dress like it’s the early 1900s. Maybe it’s just me, but I love the fashion from the early 1900s. Forget the medieval dress with its poof and brocade—I love the long, elegant skirts and the perfect hair. It was a lot of fun to imagine everyone running around in period-esque dress, and it added another layer to the world of Internment. 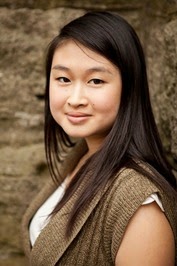 Kat spent most of her childhood tramping through a world weaved from her favorite stories and games. When she and her best friend weren't riding magic horses or talking to trees, they were writing adaptations of plays for their stuffed animals (what would The Wizard of Oz have been like if the Cowardly Lion were replaced by a Loquacious Lamb?). This may or may not explain many of Kat's quirks today.

By the age of twelve, Kat had started her first novel and begun plans for her life as a Real Live Author (she was rather more confident at twelve than she is even now). Said plans didn't come into fruition until seven years later, when her agent sold her trilogy, The Hybrid Chronicles, to HarperCollins. The first book, WHAT'S LEFT OF ME–about a girl with two souls–was released September 18, 2012. Book 2 in the series, ONCE WE WERE, was released September 17, 2013.

She also performs as a Spoken Word poet and contributes to Pub(lishing) Crawl, a site for aspiring writers to talk about books, storytelling craft, and the publishing process. Kat has also had the pleasure of remote interning for a literary agent, specializing in Young Adult fiction.

When she is not exploring the world of her characters, she is exploring her own. To date, she's had the pleasure of visiting five countries, including more than half of the United States. She hopes to always keep writing and traveling. 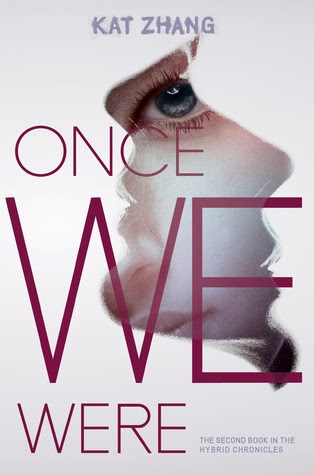