Inspired Openings: The Power of An Opening Line by Alison Cherry


Today we have the author of the debut novel, RED, a coming of age story in a conformist world. We are SO excited to have Alison Cherry here today!


The Power of An Opening Line by Alison Cherry

I’ve heard some writers say they can’t start working on a new book until they know what the last sentence is. Personally, I can’t start until I know the first one.

It doesn’t matter if I have the whole plot worked out. It doesn’t matter if the emotional arc is crystal clear and I know the characters inside and out. Until I know how I’m going to begin, the whole book stays trapped inside my head. Sometimes I mull over the opening sentence for weeks. But once I nail it down, it’s like turning on a tap in my brain, and the rest of the book can start flowing out.

Because I spend so much time thinking before putting pen to paper (or fingers to keyboard, as the case may be,) the first lines of both RED and my second book, FOR REAL, haven’t changed at all from the first time I wrote them down. I’ve revised and edited both books countless times—in fact, the first line is probably the only part of my second book that didn’t change. But by the time I first typed those opening sentences, they’d been through so many drafts inside my head that they were already as polished as I could make them. (If only I could get every sentence right the first time…)

Of course, there are no rules for writing a good beginning to a book. I’ve read quiet, contemplative openings and big splashy ones that are equally effective. But all of my favorite beginnings do one or more of the following:

Jellicoe Road:
"My father took one hundred and thirty-two minutes to die. I counted."

OCD Love Story:
"Lucky for me, I don’t get panicky in small dark spaces or anything. I’m a different breed of crazy."

There’s no way I could read either of those sentences and put down the book without knowing more. Why was Marchetta’s main character’s father dying? Why did she count the minutes instead of getting help? Why is Haydu’s main character trapped in a small dark space? What breed of crazy is she? We have to find out, and so we keep reading.

Dodie Smith’s I Capture the Castle is an excellent example of the second category. Sometimes I meet a person in real life and instantly know that I want to be friends with her, and occasionally, and the same thing happens with narrators. Here are Smith’s opening lines from her main character, Cassandra:

“I write this sitting in the kitchen sink. That is, my feet are in it; the rest of me is on the draining-board, which I have padded with our dog’s blanket and the tea-cosy. I can’t say that I am really comfortable, and there is a depressing smell of carbolic soap, but this is the only part of the kitchen where there is any daylight left. And I have found that sitting in a place where you have never sat before can be inspiring—I wrote my very best poem while sitting on the hen house. Though even that isn’t a very good poem. I have decided my poetry is so bad that I mustn’t write any more of it.”

There’s something about Cassandra’s whimsical, creative voice that captured my heart right from the start. I didn’t even care what happened in the story—I just knew I just wanted to spend more time with her. Honestly, Cassandra could go on to describe walking her dog for the next fifty pages, and I’d eat it up.

And then there’s the rare author who can orient us in her world, capture our interest, and make us fall in love with her narrator all at once. Take the opening lines of Harry Potter and the Prisoner of Azkaban by J. K. Rowling:

"Harry Potter was a highly unusual boy in many ways. For one thing, he hated the summer holidays more than any other time of the year. For another, he really wanted to do his homework but was forced to do it in secret, in the dead of night. And he also happened to be a wizard."

Even if I hadn’t read the previous two Harry Potter books, those four sentences are all it would take to intrigue me, make me laugh, draw me in with a warm, conspiratorial voice, and let me know exactly what kind of book I was starting. And most of all, it makes me want to know more.

In fact, I want to know more right now. If you need me, I’ll be over here, rereading the rest of this book… 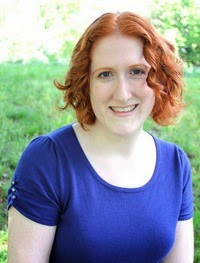 Alison grew up in Evanston, IL. She is a professional photographer and spent many years working as a lighting designer for theater, opera, and dance. Now she lives in Brooklyn and writes young adult novels full time. Her debut, RED, is coming from Delacorte in October of 2013. She is represented by the lovely and amazing Holly Root of Waxman Leavell. 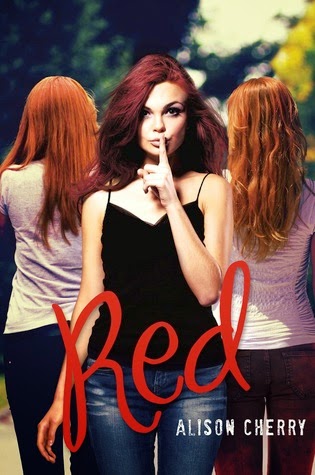 Because Felicity is a big fake. Her hair color comes straight out of a bottle. And if anyone discovered the truth, she’d be a social outcast faster than she could say "strawberry blond." Her mother would disown her, her friends would shun her, and her boyfriend would dump her. And forget about winning that pageant crown and the prize money that comes with it—money that would allow her to fulfill her dream of going to art school.