Inspired Openings: On Starting in the Middle by Debbie Levy


Debbie Levy's newest book IMPERFECT SPIRAL, will have readers laughing and crying, but thinking their way through incredibly important personal issues, as well as social issues. We are so excited to have Debbie here with us today!


On Starting in the Middle

Maybe it’s the former lawyer in me, but when I first started writing fiction I felt the need to lay out some facts, to make my case, in miniature, for what was coming in the pages to follow.  It was like the Executive Summary you’d put at the beginning of a long legal memorandum for the busy-busy client who wanted to know where this document was going before delving in. Oh.  Can you tell that I was not a courtroom lawyer, but rather, the kind who wrote legal memoranda for clients?

In time, I learned that this throat-clearing isn’t generally effective in a novel.  In part, I learned this from reading other people’s novels and noticing how satisfying it is to be plunked in the middle of something that’s happening, rather than plunked in the middle of expository writing.  And I learned it from writing and re-writing and re-writing some more.  Start here, my draft-readers (I include myself in this category, and my agent, Caryn Wiseman) would suggest, pointing to a place five pages past page 1.  Yes, cut those 1,000 first words out.  Maybe you’ll use them later.  Maybe not.

(There are always exceptions to rules, of course.  Especially if you can get the throat-clearing out of the way in a single memorable first sentence:  “Happy families are all alike; every unhappy family is unhappy in its own way.”)

I’m not saying an opening needs to put the reader in the middle of an intergalactic battle or an automobile chase.  Those aren’t really the books I want to read or write.  The happenings that draw me in can be domestic goings-on, or emotional goings-on, or conversational goings-on.  For me, what makes an opening not only effective, but also great, is when this plunking-down-in the-middle-of-something also alludes to unsaid events or characters that came before, and those that lie ahead.  If I’m left unclear on what exactly is happening, or if I’m a little disoriented, that’s perfectly fine—those are reasons to keep reading.  Like this:

Master was a little crazy; he had spent too many years reading books overseas, talked to himself in his office, did not always return greetings, and had too much hair.  Ugwu’s aunty said this in a low voice as they walked on the path.  “But he is a good man,” she added.  “And as long as you work well, you will eat well.  You will even eat meat every day.”  She stopped to spit; the saliva left her mouth with a sucking sound and landed on the grass.
Ugwu did not believe that anybody, not even this master he was going to live with, ate meat every day.

Those are the opening lines of Chimamanda Ngozi Adichie’s Half of a Yellow Sun, which takes place in Nigeria in the 1960s before and during the struggle to create a new country, Biafra, in the southeastern part of Nigeria.  Ugwu, 13 years old, is about to start work in the home of Odenigbo, a revolutionary professor.  The hints about this crazy boss with too much hair and too many books, and the incredulity of a boy when he thinks of the possibility of a person eating meat every day—these details, together with the portentous walk with Aunty to Odenigbo’s home, helped make this opening irresistible to me.
Here’s another:

So Mom got the postcard today.  It says Congratulations in big curly letters, and at the very top is the address of Studio TV-15 on West 58th Street.  After three years of trying, she has actually made it.  She’s going to be a contestant on The $20,000 Pyramid, which is hosted by Dick Clark.
On the postcard there’s a list of things to bring.  She needs some extra clothes in case she wins and makes it to another show, where they pretend it’s the next day even though they really tape five in one afternoon.  Barrettes are optional, but she should definitely bring some with her.  Unlike me, Mom has glossy red hair that bounces around and might obstruct America’s view of her small freckled face.
And then there’s the date she’s supposed to show up, scrawled in blue pen on a line at the bottom of the card:  April 27, 1979.  Just like you said.
That’s an excerpt from Rebecca Stead’s When You Reach Me.  In these opening lines, the readers has glimpses of the past, present, and future of this story—which is perfect, given the mysterious time puzzle that is central to the book.

I could go on.  I could even cite examples from YA fiction—since this is, after all, the Adventures in YA Publishing blog.  But I think it helps one’s writing to read broadly, and that means reading outside your preferred genre.  And—whoa, look at this word count!—I’m running out of my allotted space.  So I’m going to close with the opening from my YA novel that came out this summer, IMPERFECT SPIRAL.  I’m not claiming the opening is inspired, or great.  But it is mine, and it is in the middle of something happening.  It is not throat-clearing.

"The morning after, I take refuge in my bed." 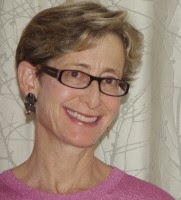 I write books—fiction, nonfiction, and poetry—for people of all different ages, and especially for young people. Before starting my writing career, I was a newspaper editor with American Lawyer Media and Legal Times; before that, I was a lawyer with the Washington, D.C. law firm of Wilmer, Cutler & Pickering (now called WilmerHale). I have a bachelor’s degree in government and foreign affairs from the University of Virginia, and a law degree and master’s degree in world politics from the University of Michigan. I live in Maryland with my husband, Rick Hoffman.  We have two grown sons.  Besides writing, I love to kayak, boat, and fish in the Chesapeake Bay region, swim, bowl duckpins, tramp around the woods with the dog, and watch the cat sleep. And, of course, I love to read. 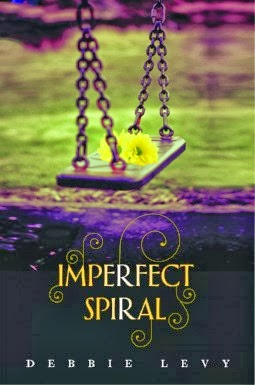 Danielle Snyder's summer job as a babysitter takes a tragic turn when Humphrey, the five-year-old boy she's watching, runs in front of oncoming traffic to chase down his football. Immediately Danielle is caught up in the machinery of tragedy: police investigations, neighborhood squabbling, and, when the driver of the car that struck Humphrey turns out to be an undocumented alien, outsiders use the accident to further a politically charged immigration debate. Wanting only to mourn Humphrey, the sweet kid she had a surprisingly strong friendship with, Danielle tries to avoid the world around her. Through a new relationship with Justin, a boy she meets at the park, she begins to work through her grief, but as details of the accident emerge, much is not as it seems. It's time for Danielle to face reality, but when the truth brings so much pain, can she find a way to do right by Humphrey's memory and forgive herself for his death?