Craft of Writing: Your Abs Aren't The Only Muscles You Need To Work Out by Stacey Jay

Stacey Jay's beautifully written and unbelievably creative new book, Of Beast and Beauty came out in July and had my heart racing and swooning the entire book! We are so excited to have Stacey on the blog today to tell us all about her physical and mental workout regimes! Please welcome Stacey Jay!


Your Abs Aren't The Only Muscles You Need To Work Out


At the beginning of this past summer, I started Working Out. I had always exercised, but on the evening of my thirty-fifth summer, I figured it was time to get serious about preserving what there was left to preserve with a capital “W” and “O.” So I bought “30 Day Shred” by Jillian Michaels and I got to work.

For the first week, Level 1 kicked my butt so badly that I had trouble rolling out of bed in the morning. (Some days, I actually did roll. Just flop like a fish onto the carpet and crawl to the coffee pot.) But by the end of the first month, I was proficient at Level 1 and 2, and starting to tackle Level 3. The workouts became easier, but they were never easy. Never. Not even by month three. But with discipline and repetition, I was eventually able to work out first thing in the morning and still have energy left for my day (and achieved some definition on my triceps and rock hard abs beneath my protective layer of belly fat).

So you’re probably thinking to yourself: WHAT THE HECK DOES THIS HAVE TO DO WITH WRITING?

It has everything to do with writing. In my experience, writing is all about perspiration. You can’t wait for the magical muse fairy to fly down and take a crap on your shoulder; you can’t wait for the circumstances in your life to make writing easy, or for the stars to align. The muse fairy will fail to show up eight days out of ten, and the stars will never align. If you want to be a writer, you must write. No matter what. You must make a commitment to opening up that word document every day and suffering through the workout until it gets easier (though never easy).

And, just like with exercise, it isn’t enough to sit at your desk and give it a half-assed effort. You have to put everything you have into that time you spend at your desk. For me, the best way to build writer muscle has been to have a daily word count. I sit down at the start of a project and I assign myself a certain number of words per day. Some days have more words than others—depending on whether soccer season is in full swing, etc—but I rarely aim for fewer than 2000 words/day.

That may sound like a crazy number, but I’ll tell you—doing full-on, Rocky-style sit-ups seemed pretty crazy to me at the start of the summer. But now I churn them out with a minimum amount of cussing and spitting. You can build that writing muscle, if you are dedicated.

And here’s the thing about putting in the work, year after year. It pays off. Lately, I have 4000 word days and still get my laptop closed by 2:30. I have time to get to the store and, yes, squeeze in that workout. Only now, I’ve graduated to “No More Trouble Zones,” an exercise in physical fitness torture that makes “30 Day Shred” seem like skipping through daisies while getting a massage. Because I am insane. It is what I do.

I hope you’ll join me. 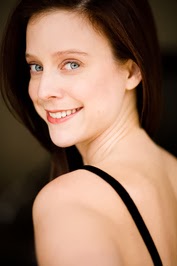 Stacey Jay is a recovering workaholic (or at least working hard at recovering) with two small children, and a passion for playing pretend for a living. She’s been a full time mom-writer since 2005 and can't think of anything she'd rather be doing. Her former careers include theatre performer, professional dancer, poorly paid C-movie actress, bartender, waiter, math tutor, and yoga instructor.
In her very limited spare time, Stacey enjoys cooking elaborate dinners and eating them very slowly, dressing up in costumes with her sons, and drinking wine with her husband. She loves to hear from readers and personally answers every single email she receives. Learn more at www.staceyjay.com. 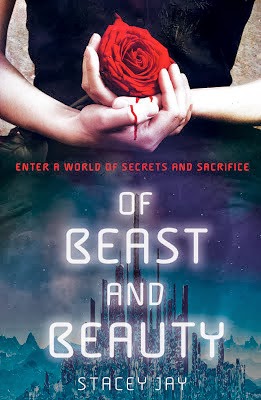 As secrets are revealed and Isra’s sight, which vanished during her childhood, returned, Isra will have to choose between duty to her people and the beast she has come to love