Craft of Writing: Power Up Your Prose With Poetic Devices by Dorian Cirrone

Today we have the absolutely wonderful and talented Dorian Cirrone! Author of many childrens and young adult books, please welcome Dorian to the blog!

Power Up Your Prose With Poetic Devices
by Dorian Cirrone


We all learned the most common poetic devices in elementary school: alliteration (big bad bear), onomatopoeia (Crash! Boom! Bang!), and simile (skin as white as snow). But poets have many more tools at their disposal, tools that remain invisible to the reader and work on the unconscious level.

As novelists, we can use these same techniques to reinforce tone, atmosphere, meaning, and rhythm. But before I go on, I have three caveats:

Some writers seem to write beautiful, poetic passages without effort, though I’m sure they put many hours into choosing the perfect combination of words. One such writer is Nova Ren Suma. Take a look at the following excerpt from her novel Imaginary Girls:

"If I closed my eyes, I could almost feel her playing with my hair the way she used to. Her light touch at my forehead, either her light touch or the wind’s. Her fingers as she did the braids she used to put in my hair when I was a girl, working slowly, methodically, at a rate that might take a hundred nights to finish, more nights than I could guess at counting, more nights than she’d want to say."
Note the use of assonance—the repetition of the long vowel sound in the boldfaced words. There’s almost an underlying moaning going on in the background because of the long “O” sound. This not only reinforces the speaker’s tone, but also adds to the creepy atmosphere of the novel.

For comparison, I’ve rewritten the passage without attention to each word:

If I shut my eyes, I could feel her playing with my hair the way she used to. Her light touch on my skin, either her light touch or the wind’s. Her fingers as she did the braids she used to put in my hair when I was a girl, working diligently, at a rate that might take a hundred nights to finish.
The surface meaning is the same. But the underlying tone and atmosphere are gone.

Earlier, Suma uses the device of asyndeton, a series or list without a conjunction:

Ruby said I’d never drown—not in deep ocean, not by shipwreck, not even by falling drunk into someone’s bottomless backyard pool.
Note that without “and” before the last in the series, the reader gets the idea that the list could go on forever. This reinforces the notion that Ruby, the sister of the narrator, has this deep, abiding belief in her sister’s ability to survive. No matter what happens, her sister will go on—forever. In this one sentence, the simple device of leaving out a conjunction reinforces both character and plot in the novel. In addition, leaving out the “and” lends a certain lyricism to the prose.

Another poetic device is anaphora, the repetition of the same word at the beginning of a phrase or sentence. It’s used to emphasize a point. Here is a passage from Sarah Ockler’s Twenty Boy Summer:

She’d been there for every tragedy, every celebration, every embarrassing moment. She’d been with me when I got my neon green braces in fourth grade. With me when I walked out of the school bathroom past the entire lunch line with my skirt tucked into my tights. With me when Jimmy Cross and I kissed during the eighth grade assembly and got hauled off to the principal’s office.

Here, the repetition reinforces the closeness the narrator feels to her friend. The language borders on an obsessiveness that reveals the urgency the narrator feels. Note also the asyndeton in the first sentence, emphasizing that the list of important times the friend had been there is endless.

Sara Zarr also uses anaphora to emphasize meaning and create rhythm in this passage from How to Save a Life:

"But let me tell you: It’s epically stupidly, monumentally hard.

Hard to deal with people who are only trying to be nice, comforting. Hard not to hate all my friends who still have their dads. Hard to smile and say “thank you” to all the random strangers I deal with in a day who don’t know any better than to act as if the world is a good place."
Suma, Ockler, and Zarr make it look easy, but I’m sure they spend many hours on word choice to make their prose sing the way it does.

Although I’ve mentioned only a few poetic devices (weirdly, only ones that start with “A”), there are many more at our disposal: synesthesia, personification, metaphor, etc. As writers, we have only words, so it makes sense to wring as much meaning and lyricism from them as we can. Take a look at some great poetry, and figure out which devices can work for you. 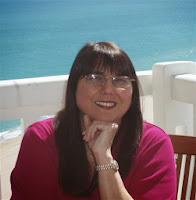 Dorian Cirrone is the author of the young adult novels, Prom Kings and Drama Queens and Dancing in Red Shoes Will Kill You, which was named an ALA Popular Paperback and made the Amelia Bloomer List for Feminist Fiction as well as the New York Public Library Books for the Teen Age list.

She has also published chapter books, short stories, poems, and essays for adults and children. Dorian holds undergraduate and graduate degrees in English and has taught writing at the university level and at many workshops and conferences.

DANCING IN RED SHOES WILL KILL YOU 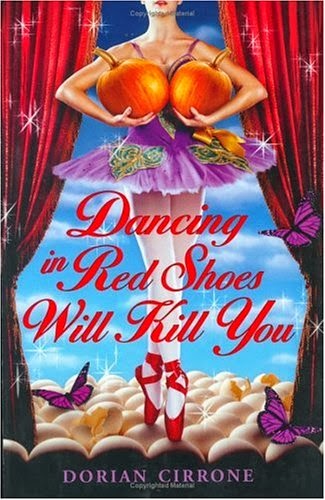 Kayla Callaway has been studying ballet since she learned to walk, and her heart is set on a future in the dance world. She's sure she'll get a solo part in Cinderella, the spring ballet at her high school. But when the parts are finally posted, Kayla is shocked that she's only landed a role as a stepsister -- and an ugly one, at that The brutal truth: Ballet and big boobs don't mix. Suddenly Kayla's dream for the future has become a real-life fractured fairy tale.

To make matters worse, bloodred pointe shoes with threatening messages start popping up all over school. When Kayla learns that she'll be wearing red pointe shoes in the ballet, she wonders if the messages are meant for her. But who are they from? And more important -- what do they mean?

by Dorian Cirrone
That summer, Hurricane Emily was in the news. The headlines shouted things like: "Emily Rocks South Florida." I wanted to be like that Emily in the headlines. I wanted to take the world by storm.

Not that I wanted to knock over mango trees or whip power lines across the sky like spaghetti. But I wanted to rock in my own way.

Emily Bennet has some impossible projects on her "To Do" list, like landing her longtime crush, Brian Harrington, and winning the job of editor in chief of the school newspaper over her arch nemesis, Daniel Cummings. And, on top of that, she's determined to do something special. Something important. Something good.

Suddenly, Emily's checking things off her list left and right. She's kissing Brian on a semi-regular basis and she's raising money for a good cause by planning an Alternative Prom (but she would secretly rather go to the real one). The only item that remains is knocking Daniel Cummings off his pedestal. But when did he start to look, well, cute?

Emily's finding it harder and harder to stick to her list. And she still needs to conquer the most important item of all. Can she find her inner prom queen and figure out how to rock?