YA Fiction Pick and Mix 9/28/13 Edition with Giveaways of BLYTHEWOOD, STEELHEART, and UNTOLD

Join me, Laini Taylor, Kat Zhang, Claudia Gray, and as many more Tweeps as we can round up for a Twitter party as we all watch The Princess Bride next Friday night 10/4 at midnight (ET/9:00 pm Pacific). It's a great movie, and we'll all live Tweet our thoughts and favorite parts at hashtag #TPBTweetParty. Don't forget!

Starts taking submissions at noon next Saturday. Our guest mentor will be Maureen Lipinski, author of Cleopatra Ascending, Shadow's Edge, and more. Get the rules here. And we have another success story coming up. (But shhhh, the news hasn't broken yet!)

I love writers. I love how giving everyone is toward each other, and how the inspiration and creativity feeds on itself when writers get together. I heard so many fantastic ideas for books from the attendees of the Breakout Novel Intensive I did last week. And I ran into a couple of people I knew from this blog.

Amy Dominy and Terry Lynn Johnson have both been guest bloggers here, and it was so much fun to meet them in person. It was also great to see Jackie Garlick-Pynaert and Jen Pun, who I know from previous workshops and conferences. Terry read an excerpt from the opening for her new book that BLEW ME AWAY. I'm talking Newbery medal incredible. (Write that down, and we'll see if I'm right. :))

On a personal note, I have something to share! Would you like to see some covers done by Regina Flath, my lovely, lovely cover designer? No, I haven't seen my actual cover yet, but I have heard rumors about how fabulous it is going to be. And having seen Regina's portfolio, I know I'm going to be thrilled. Not only is she extremely talented, but she has also read my whole book. She was kind enough to say she loved it, and she loved the same things about it that I love. That tells me a lot about my cover right there!

Ready? Here's the link: http://www.reginaflath.com/projects/4568075#1. You can scroll through the various projects by moving over the thumbnails on the bottom. Aren't they beautiful? Free from bonds, but not each other

It’s time to choose sides… On the surface, Sorry-in-the-Vale is a sleepy English town. But Kami Glass knows the truth. Sorry-in-the-Vale is full of magic. In the old days, the Lynburn family ruled with fear, terrifying the people into submission in order to kill for blood and power. Now the Lynburns are back, and Rob Lynburn is gathering sorcerers so that the town can return to the old ways.

But Rob and his followers aren’t the only sorcerers in town. A decision must be made: pay the blood sacrifice, or fight. For Kami, this means more than just choosing between good and evil. With her link to Jared Lynburn severed, she’s now free to love anyone she chooses. But who should that be?’ Ten years ago, Calamity came. It was a burst in the sky that gave ordinary men and women extraordinary powers. The awed public started calling them Epics.

Author Question: What is your favorite thing about Steelheart?

The pacing. There are certain things that I was able to do with a single first-person viewpoint in a fast-paced action-oriented story that I haven't been able to do in any other story that I've written. I feel like the awesome pacing just tears you through the book and reads like a really fun action movie. I'm quite proud of how that worked. At seventeen, Avaline Hall has already buried her mother, survived a horrific factory fire, and escaped from an insane asylum. Now she’s on her way to Blythewood Academy, the elite boarding school in New York’s mist-shrouded Hudson Valley that her mother attended—and was expelled from. Though she’s afraid her high society classmates won’t accept a factory girl in their midst, Ava is desperate to unravel her family’s murky past, discover the identity of the father she’s never known, and perhaps finally understand her mother’s abrupt suicide. She’s also on the hunt for the identity of the mysterious boy who rescued her from the fire. And she suspects the answers she seeks lie at Blythewood.

But nothing could have prepared her for the dark secret of what Blythewood is, and what its students are being trained to do. Haunted by dreams of a winged boy and pursued by visions of a sinister man who breathes smoke, Ava isn’t sure if she’s losing her mind or getting closer to the truth. And the more rigorously Ava digs into the past, the more dangerous her present becomes.

Vivid and atmospheric, full of mystery and magic, this romantic page-turner by bestselling author Carol Goodman tells the story of a world on the brink of change and the girl who is the catalyst for it all. MORE THAN THIS by Patrick Ness
Candlewick, 9/10/13
From two-time Carnegie Medal winner Patrick Ness comes an enthralling and provocative new novel chronicling the life — or perhaps afterlife — of a teen trapped in a crumbling, abandoned world.
A boy named Seth drowns, desperate and alone in his final moments, losing his life as the pounding sea claims him. But then he wakes. He is naked, thirsty, starving. But alive. How is that possible? He remembers dying, his bones breaking, his skull dashed upon the rocks. So how is he here? And where is this place? It looks like the suburban English town where he lived as a child, before an unthinkable tragedy happened and his family moved to America. But the neighborhood around his old house is overgrown, covered in dust, and completely abandoned. What’s going on? And why is it that whenever he closes his eyes, he falls prey to vivid, agonizing memories that seem more real than the world around him? Seth begins a search for answers, hoping that he might not be alone, that this might not be the hell he fears it to be, that there might be more than just this. . . .
Purchase on Amazon | Purchase on IndieBound | View on Goodreads

Have you seen this Harry Potter proposal?


"After All This Time... Always" - A Harry Potter Themed Engagement Proposal from NightOwls Media on Vimeo.

If you're a fan of Marissa Meyer (as I am), you'll be happy to know she has a new book deal!

In perhaps the ultimate of oops moments, copies of Veronica Roth's Allegiant were accidentally shipped to a few lucky readers. The rest of us still need to wait until October 22nd.
J.K. Rowling will be a writer for the "Fantastic Beasts and Where to Find Them" movies! :)

The Bitter Kingdom by Rae Carson came out this week. I was lucky to get an ARC of that, and I can tell you how much I adored it. What a spectacular series.
Mundie Moms had a great playlist for Kami Garcia's Unbreakable. And yes, I read the ARC of that, too, and ohmygosh are you in for a treat! 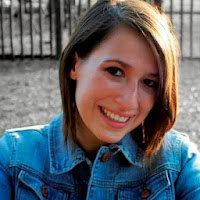 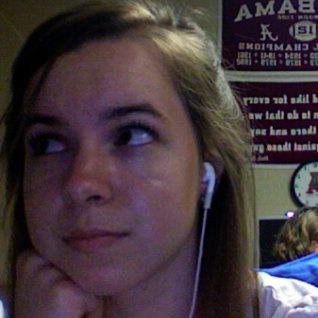 Read this post of hers on Finding Your Voice. It's about speaking out in general, and I love it!
http://heckyeahitsmary.blogspot.com/2013/09/having-voice.html

“E.L. Doctorow said once said that 'Writing a novel is like driving a car at night. You can see only as far as your headlights, but you can make the whole trip that way.' You don't have to see where you're going, you don't have to see your destination or everything you will pass along the way. You just have to see two or three feet ahead of you. This is right up there with the best advice on writing, or life, I have ever heard.”
~ Anne Lamott, Bird by Bird: Some Instructions on Writing and Life

"There is, in any great opening line, a mini-conflict or tension that is strong enough to carry the reader to the next step in the narrative."

Adventures in YA Publishing at 1:04 AM