Knowing Where To Start Your Story by Geoffrey Girard


Every writer wants readers to find and, hopefully, enjoy his or her story. Before that, however, you’ll probably need to catch the attention of some “jaded” editor or agent who’s read fifty opening pages just today -- And that can be a different challenge all together.

A teacher once told me that when Ernest Hemingway would write a short story, he’d write the whole thing and then pluck out the first few pages, toss them, and say, “OK, my story starts here” (somewhere on page three of four). The idea being that those first few pages were really nothing more than him just getting warmed up, working into the fictional world, creating back story that the reader didn’t really need; back story that only he needed to get into the tale.

I’m not even sure if this anecdote is true, but it sure sounds like something Hemingway might do or claim to do. In any case, it’s writing advice I’ve always kept in mind when asked to look at someone else’s work or when I start a new story of my own.

Whether in grad school (where we critiqued each other’s stories every week) or with the writer friends who’ve given me their novel draft for a critical look, I often find myself crossing out the first few pages (or even first few chapters!) and saying: “I think your book starts HERE. THIS is where something interesting is happening. THIS is where your main character is in big trouble.” And every time, the author says, “Absolutely.” Not because I’m so smart. They recognize it too, but just needed someone (someone with no skin in the game) to say: “These first 5k words are quite lovely, but they’re just build up to your real story.”

I’ve written many short stories and those that have sold are the ones that start immediately: in the very first sentence, someone is in trouble. And while novels are more forgiving than short fiction in allowing time for the story to develop before the main crisis/action begins, I tried to apply the lessons I learned as a short story writer to my first novels: on page one of PROJECT CAIN, the main character has just learned he’s the clone of Jeffrey Dahmer and has just been abandoned by his insane father.

On page one of CAIN’S BLOOD (the companion book), the main character is gathering clues in the school where a massacre just occurred. I tried not to spend time on these two characters’ “normal” before the main crisis – showing who/how they are before the hero’s journey comes calling. When my main objective is to catch the attention of some agent/editor, I’ll simply work such things in later.

What if Lord of the Rings, for instance, started on page one with Gandalf busting into Frodo’s house in the middle of the night demanding, “Is it Safe?” I think you’d get an editor’s attention with something like that.

Do things like Voice, Authenticity, and Premise ultimately trump all? Yes. BUT, for a quick fix to your opening, my advice is to look at your story (or have someone else look at it for you) and figure out where it really starts. What is the first sentence or moment where a reader (or editor!) will be all: “Oh, damnnnn! This character is in big trouble.” If you can get their attention for just a page, they’ll read a chapter. And if they read a chapter, they’re now in your world… and you just might get that email/call! 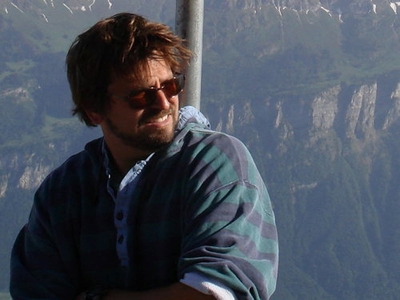 Geoffrey Girard is an award-winning fiction author whose works have appeared in several best-selling anthologies and magazines, including Writers of the Future (a 2003 winner), Prime Codex, Aoife's Kiss, The Willows, Murky Depths, Apex Horror & Science Fiction Digest, and the Stoker-nominated Dark Faith anthology.

His first book, Tales of the Jersey Devil, thirteen original tales based on American folklore, was published by Middle Atlantic Press in 2005, followed by Tales of the Atlantic Pirates (2006) and Tales of the Eastern Indians (2007).

Simon and Schuster will publish two Girard novels in 2013: CAIN'S BLOOD, a techno thriller, and PROJECT CAIN, a spinoff novel for teen/YA readers.

Born in Germany and shaped in New Jersey, Geoffrey currently lives in Ohio and is the English Department Chair at a famed private boys' high school. Prior to teaching, he worked as an advertising copywriter, web developer and marketing manager. He has a BA in English literature from Washington College and an MA in creative writing from Miami University. He has presented seminars and workshops on creative writing at colleges, elementary schools, bookstores and various writers' conventions/events. 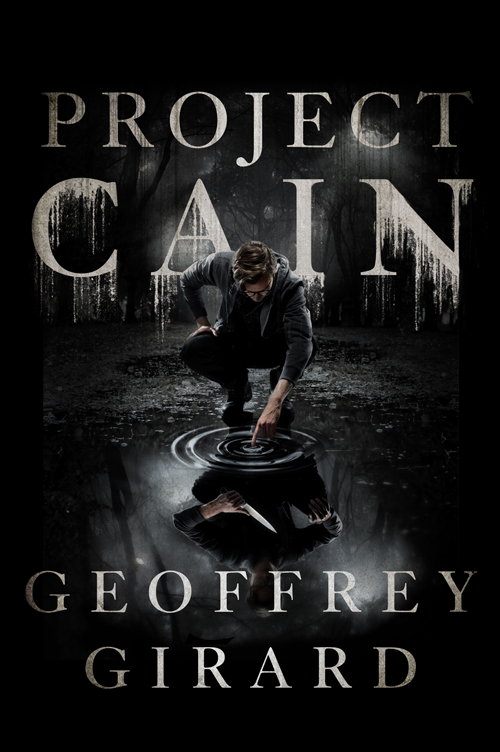 But Jeff's life changes forever when the man he'd thought was his father hands him a government file telling him he was constructed in a laboratory only seven years ago, part of a top-secret government cloning experiment called 'Project CAIN.' There, he was created entirely from Jeffrey Dahmer's DNA. There are others like Jeff -- those genetically engineered directly from the most notorious murderers of all time: The Son of Sam, The Boston Strangler, Ted Bundy... even other Jeffrey Dahmer clones. Some raised, like Jeff, in caring family environments; others within homes that mimicked the horrific early lives of the men they were created from.

When the most dangerous boys are set free by the geneticist who created them, the summer of killing begins. Worse, these same teens now hold a secret weapon even more dangerous than the terrible evil they carry within. Only Jeff can help track the clones down before it's too late.

But will he catch the 'monsters' before becoming one himself?