Today's WOW guest is the picture of perseverance and resilience. Not only does she have a new book out this month, she has a new publishing company that she's running, and she's the founder of YALitChat.org, a non-profit organization for those interested in fostering the advancement of young adult literature, a phenomenal resource for writers of young adult fiction at every level.


A Road Full of Potholes
by Georgia McBride

The road to publication is longer for some than others. Mine was long, windy and with many potholes and forks.

To further enhance the metaphor, let's say I ran out of gas, got lost several times and even endured at least two accidents (through no fault of my own).

When you are "aspiring," everyone has advice for you, even those who have absolutely no idea of what they speak.

I was lucky though. I had the benefit of two agents (I am no longer agented), as well as editors who were willing to not only read my work, but who freely offered advice on how to make it better. I even paid book doctors to, well, doctor on my manuscript. Too bad those "doctors" had little to no experience editing Young Adult books. Live and learn.

Perhaps the best advice I never received was to follow your gut. So many times my gut told me to do things that went against typical or expected publishing business practice. But I didn't listen because I was held back by fear.

Don't change the genre you write in because it "won't sell." If you're patient, interest in what you write will eventually come. I was told that paranormal books were going out of style and that readers were tired of angel books especially. And, PRAEFATIO was originally written as a New Adult with Grace turning 19 in book 1. I was advised by many in the business that it would be impossible to sell to the big houses, that bookstores wouldn't know where to shelf it, and readers don't care about heroines over 17! Now, New Adult is a super hot category with readers, publishers and booksellers alike embracing it as the new "it" thing!

Don't be afraid to self-publish. Self-publishing is the new traditional publishing. Authors who have found success by self-publishing in many cases have gone on to big traditional deals. So, as my grandmother would say, "there is more than one way to skin a cat!" Who does that, by the way, skin cats? And self-publishing (now often called indie-publishing) has become a viable way to not only make a living as a writer, but also to build readership, and attract the interest of both agents and editors.

Don't stay with an agent for fear that being unagented is a stigma. You need an agent who is right for you, not just an agent for the sake of having an agent. And, even though I had two awesome agents in the past 5 years, in the end, our vision(s) were not aligned and therefore, our professional relationships suffered. Find YOUR perfect agent, and also remember that having an agent isn't for everyone. 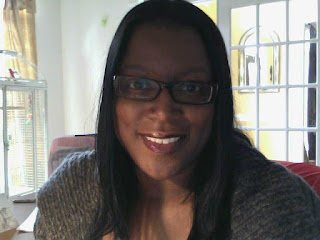 Georgia was born and raised in NYC but has been living in NC since 2006. When not writing or running Month9Books or Swoon Romance or the non-profit literary organization YALITCHAT.ORG, which she founded, Georgia visits schools and talks to kids about writing books!

Georgia writes speculative fiction for teens and tweens and even has an adult non-fiction book brewing in that overactive brain of hers. In her spare time she can be found rounding up 2 kids, 1 German Shepard 3 Chihuahuas, and 1 parrot. She loves music of all kinds, wine and movies, and is addicted to coffee and bacon. Some of her favorite creators are George Lucas, Steven Spielberg, JJ Abrams and Ridley Scott. She would cut off her right (or left) arm to work with any of the above.

Find Georgia at her website, on Facebook, or on Twitter. You can also join in the fun at #YALitChat every Wednesday at 9:00 PM EST on Twitter. It's an amazing way to interact with writers, authors, agents, editors, and readers! Seventeen-year-old Grace Ann Miller is no ordinary runaway. After having been missing for weeks, Grace is found on the estate of international rock star Gavin Vault, half-dressed and yelling for help. Over the course of twenty-four hours Grace holds an entire police force captive with incredulous tales of angels, demons, and war; intent on saving Gavin from lockup and her family from worry over her safety. Authorities believe that Grace is ill, suffering from Stockholm Syndrome, the victim of assault and a severely fractured mind. Undeterred, Grace reveals the secret existence of dark angels on earth, an ancient prophecy and a wretched curse steeped in Biblical myth. Grace's claims set into motion an ages-old war, resulting in blood, death and the loss of everything that matters. But are these the delusions of an immensely sick girl, or could Grace's story actually be true? Praefatio is Grace's account of weeks on the run, falling in love and losing everything but her faith. When it's sister against brother, light versus darkness, corrupt police officers, eager doctors and accusing journalists, against one girl with nothing but her word as proof: who do you believe?