My Writer's Road by Lisa Amowitz

For today's post, we welcome YA author Lisa Amowitz. She's also a graphic designer, who designed the gorgeous header for my website, and one of my fellow contributors on The Enchanted Inkpot. Her debut novel, BREAKING GLASS, releases from Spencer Hill Press in July.


The Weekend Trip that turned into an Epic Journey
by Lisa Amowitz
If I had known just how long the road to publication would be when I first started on my journey, I might have sat down by the side of the road and taken a nice long nap. I’m not even sure I knew I was embarking on a journey. I only packed enough clothes for a weekend getaway.

As a girl, I always wrote. Snippets, poems, comics, story ideas. I guess you would say I was a creative type. But mostly I was an artist and did not take writing seriously at all—it was just a path to that 5 I received on the English AP exam—something academic to get everyone off my back so I could slink off to draw in peace.

That changed fundamentally an MFA and two kids later when I read the first three books of the Harry Potter series OUT LOUD (with a horrible British accent no less) to my daughter each night at bedtime. Not only did I enjoy these shared moments, but I would grab the book with me after she had fallen asleep and keep reading well into the night. And reading. And waiting for the next one to come out with obsessive glee.

Harry Potter changed me forever. It may have been the experience of seeing firsthand how a child reacts to an amazing story, or it may have been that kooky creative child inside of me reacting as well. Or maybe it’s both. But a fire began to burn in my heart. There were so many things I needed and wanted to say, and Harry Potter taught me that a book can tell a great story, but also express deep emotions and themes there are no other way to express.

And so, I began to write—in secret, too ashamed to tell anyone what I was doing—the story pouring out of me. I filled spiral notebooks with my twisted and overcomplicated plot. I started to do art to accompany my story. Yes—I thought I was on a very quick journey to fame and fortune. How could anyone refuse such brilliance?

Despite my child prodigy writing skills, and my trained art skills, I was a rank amateur. I am grateful for the editorial review I got from a from a highly-placed friend of a friend. In so many words she told me not to quit my day job. I guess I was a bit crushed. But the story burned so brightly inside of me now, I couldn’t stop even if I tried.

Luckily for me, I stumbled upon an online critique group. Most of us were clueless, but somehow we easily recognized flaws in each other’s work. In a single year my writing improved dramatically. My little weekend jaunt was starting to look like a longer trip.

Fast forward. It took me three more years and three finished manuscripts to land my first agent. But that did not pan out and I parted ways with nothing even submitted.

This was the second turning point in my writing career, nearly five years after I first started writing in secret. I had to stop writing for publication. I had to write for the love of it.

So, here I am, FOUR years later—with my own online crit group of savage hand-picked critters we call the Cudas (some of them from that very first now defunct group)—awaiting the release of my first book, BREAKING GLASS, which is actually the fifth book I wrote. BREAKING GLASS happened because I stopped worrying about what would sell and what the trends were. I did the hard, hard work of honing my craft. I listened to advice and trusted my gut. But mostly, I stopped worrying about fame and fortune and even getting published. I took chances. I refused to stop believing in myself.

So the weekend trip, turned cross-country road trip has become an epic round the world journey, which is not yet finished and never will be.

Getting published is by no means the end of the road.

It is just the beginning.

You can’t focus on your destination because there is no destination. You just need to march on, and on, and on. If you think of quitting, it is only because you are too focused on the rest at the end of the road. Instead you have to look at your feet as you march, and enjoy every step. Just make sure you have comfortable shoes, a thick skin, and friends to keep you company along the way! 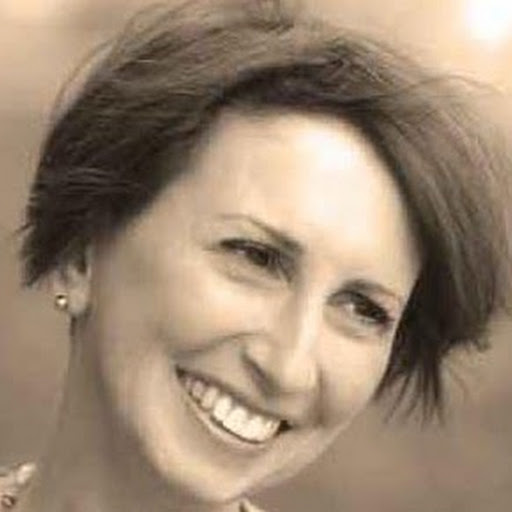 Lisa Amowitz was born in Queens and raised in the wilds of Long Island, New York where she climbed trees, thought small creatures lived under rocks and studied ant hills. And drew. A lot.

When she hit her teens, she realized that Long Island was too small for her and she needed to escape. So she went to college in Pittsburgh. Go figure.

On leaving college, Lisa became a graphic designer living in New York City. She eventually married her husband of a zillion years, had two lovely children, and was swept away to a fairy tale life in the Bronx, where, unbelievably there are more trees and wilderness than her hometown. She can see the Hudson River from her kitchen window.

Lisa has been a professor of Graphic Design at her beloved Bronx Community College where she has been tormenting and cajoling students for nearly seventeen years. She started writing eight years ago because she wanted something to illustrate, but somehow, instead ended up writing YA. Probably because her mind is too dark and twisted for small children. 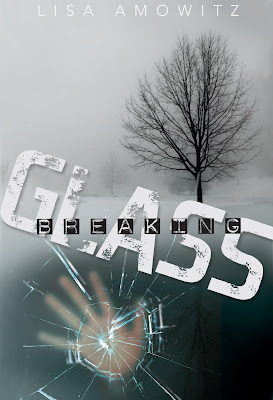 On the night seventeen-year-old Jeremy Glass winds up in the hospital with a broken leg and a blood alcohol level well above the legal limit, his secret crush, Susannah, disappears. When he begins receiving messages from her from beyond the grave, he’s not sure whether they’re real or if he’s losing his grip on reality. Clue by clue, he gets closer to unraveling the mystery, and soon realizes he must discover the truth or become the next victim himself.