The Tao of Ghostwriting by Molly Cochran

The Tao of Ghostwriting
or Lying Naked on the Table


In these days of reality TV competitions, we hear the word attitude repeated endlessly. Attitude, loosely translated as “forcing everyone to recognize how special you are,” is apparently prized by TV judges, but personally I’m not a fan. At least not as far as writing is concerned.

Why? Because nobody ever got to be a great writer by posing as one.

I started my writing career as a ghostwriter. Although it’s a little ego-bruising to write someone else’s book, ghostwriting is actually a pretty good way to learn how to write salable commercial fiction.

For one thing, you usually have to write outside your intellectual comfort zone. The books I cut my teeth on were in a men’s action/adventure series. Action was a genre I’d never read, let alone written, but under the direction of the series’ authors (I figured that, having written 43 of these books before I came along, these two guys must have known what they were doing), I found my way. I once wrote a battle scene in which my protagonist was pitted against several adversaries. This series (it’s still in existence) isn’t particularly realistic, as the hero is almost superhuman, so I had him zipping around gleefully dispatching his opponents as if they were Barbie dolls in camo.

In rejecting the scene, one of my bosses gave me some of the best advice I’ve ever received. He told me that death is never casual. Even in a comedic series, you have to take some things seriously. In other words, however fanciful the story may be, you have to tell the truth about everything that really matters. And when someone dies, it matters.

Telling the truth is a basic tenet of good writing in any genre. Even though I’m writing a paranormal YA series these days (Legacy, Poison, Seduction), in which all manner of strange and magical things occur—my main character is a telekinetic who lives in a town in which nearly everyone possesses some sort of extraordinary ability—I always remember the advice of that early mentor. Death is not casual. Nor is love, friendship, trust, betrayal, guilt, shame, forgiveness, redemption, sacrifice, pain, or honor.

In everything that matters, respect must be paid to the truth, and nothing but the truth will do. I call this concept “lying naked on the table” because that’s really what writing is—laying bare your own thinly disguised fears and weaknesses, and then offering them up for the world to see. In Radiohead’s “Creep,” the narrator is an outsider who echoes what he believes is the sneering opinion of the world when he calls himself a “creep” and a “weirdo.” I’m just guessing here, but I think that maybe someone in the band knew first hand what it felt like to be treated disrespectfully by the In Crowd. They’re telling the truth, and we know it.

Another thing I learned through ghostwriting is how to please. Yes, I know we’re serious writers and don’t need anyone’s approval, but the truth is, having to write something acceptable to an author who has hired you is good practice for working with an editor whose criticisms will undoubtedly be harsher than the author’s and whose suggestions will be infinitely more demanding.

I just finished a massive rewrite of a book that I believed was terrific, since it had been bought by a major publisher. But when I got the editor’s notes, I was devastated. She wanted to change everything, from the characters’ relationships to the identity of the villain!

For a week or two, I reread those (copious) notes, feeling ill-used and defensive. Attitude with a scarlet A. Then I had an epiphany. Well, two. One was that, okay, I didn’t want to give back the money. But the big lightbulb moment was when I realized that my editor hadn’t taken the time to write all those notes just to hurt my feelings. Like me, her goal had been to produce the best book possible. That had been the whole point of her criticism: to help me.

So once again I made myself put my ego aside and accept the help that was offered from someone I knew I had every reason to trust.

The result was a better book than I had even imagined—structurally tighter, emotionally deeper, and thematically more resonant than my previous best effort. My editor, for all her picky notes, was on my side after all.

Perhaps at this point you’re making a list of people you can strongarm into reading your manuscript in a quest for “honest feedback”. Don’t. The feedback you get from friends will never be honest. They’ll only stroke your ego—something we can all do very well on our own, thank you. Besides, you don’t have to solicit honest feedback. It’ll come to you in the form of rejection letters, dismissals, faint praise, silence, and, if you’re lucky, a hard slap to the Attitude.

So let me ask one question: Which end of a knife is more useful, the handle or the blade?

Lie naked on the table, and let them cut. Criticism is surgery, and humility is the anesthetic that allows you to tolerate it. In the end, the process will make you a stronger, more flexible, and truly creative writer. It will replace attitude with genuine confidence, and empty arrogance with artistry. 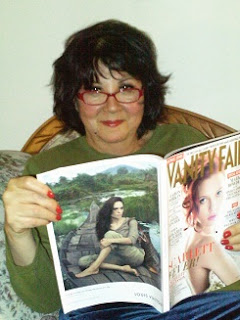 SEDUCTION, the third installment in the LEGACY series, is scheduled for release later this year through her publisher, Simon & Schuster.

Two eBooks, THE TEMPLE DOGS and THE FOREVER KING, are currently available through online retailers. A third, GRANDMASTER, will be available soon.

Molly has lectured extensively and has taught writing at the college level as well as at a women's prison (where she was NOT an inmate). She also writes a blog on writing technique which appears on her website. She is also on Facebook and Twitter. 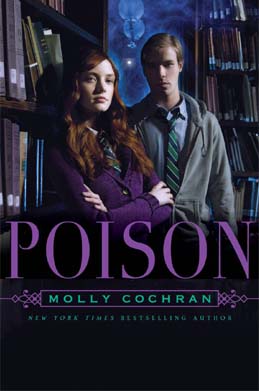